When a Word Goes to War

Remember the so-called War on Christmas—just another snit by Fox News, right?

In the wake of last year’s presidential election results, we—secular and religious progressives, liberals, centrists, and presumably, a good many conservatives—have looked far and wide, and at ourselves, to explain the election. But I think we would do well to take a closer look at this old skirmish, and consider how a word can be used to steer debate and also have non-rational effects—in a long game. The so-called War on Christmas was not a controversy so much as a step in a call to arms, and it looks to me like the rest of us unwittingly aided their cause.

How? We took the bait. We took up what we thought was the issue—religious freedom—thinking we could argue it civilly. Our mistake. It was not really about whether it was better to use the greeting “Happy Holidays” rather than reflexively saying “Merry Christmas,” which actually was, as an issue, pretty easy to resolve. Our other mistake was thinking: This, Too, Shall Pass. But this was not an isolated squabble. And it only seemed to pass.

Strategic use of the word “war”

If the stated issue wasn’t the real issue, and we made a mistake discussing it, (or ignoring it) then what else could we have done?

Our big mistake was in accepting Neo-conservative terms for the discussion—accepting that this disagreement could properly be called WAR. You don’t remember accepting those terms? Me neither. But by not calling a halt to the discussion until we could clear up this meta issue, we gave them the win in that skirmish, with lasting damage.

I checked definitions. After finding in my old 1941 Webster’s a heavy emphasis on massive armed conflicts, I turned to my newer dictionary, Merriam Webster’s Collegiate, tenth edition, 1993. Almost sixty years later, usage has relaxed a bit.

1.  a. A state of usually open and declared armed hostile conflict between states or nations

b. A period of such armed conflict

2. a. A state of hostility, conflict, or antagonism

b. A struggle or competition between opposing forces or for a particular end (such as a class war or war against disease.)

Although the dictionaries allow the use of the word “war” for major struggles that are below the level of armed conflict between nations, the use of the word in a simple debate or disagreement is definitely pushing the envelope. What else does it do besides push boundaries on meaning? Unacknowledged are the word’s unspoken connotations and its conjuring of awful history. In wars between nations, what comes with the territory? Jettisoned quickly are truth, ethics, honesty, fair dealings, even listening. Emotions rise to a pitch. Horror, cruelty, and an all-in mentality result. Is that basket of sadness what we want brought to a mere disagreement?

The strategy and fruits of the Neocons’ long game are clear now. First, they accused the left of waging war. Not of insensitivity or other wrong, but war. In this age of trash talk and hyperbole, we rolled our eyes and let it pass. Now look what that did for the Neocons. With our acceptance of this hyperbole, they could avoid any clear light shining on that deeply anti-democratic piece of fire-bombing. “Anti-democratic” because it paints simple disagreement as the mark of a war enemy.

To use such a loaded word in political discourse, without objection from us, allowed the war idea with all its emotions to seep into the minds of the ever-hardening supporters of the Neocons, who could conclude that they were the innocent victims of almost deadly hostility. Thereafter, the Neocons didn’t need to continue to use the word “war.” They could instead go on to dog-whistle politics on issue after issue.

Of course there was always more to this strategy than choice of a word. Anger had already been stoked and steered in other ways. But now they had a growing army and it was underground. Carefully insulated from any voices but their own. Brilliant, I have to admit. In the worst way.

My gratitude to Marian Exall for her insightful comments on an earlier draft. 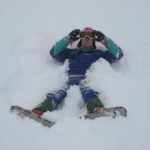 Author Bio:   Jean Waight is a Bellingham memoir and essay writer. Her work has appeared in the Red Wheelbarrow Writers anthology “Memory into Memoir,” in Cirque: A Literary Journal for the North Pacific Rim, and in Whatcom Watch. She blogs on GreenTeaSympathy.blogspot.com.