What Is a Writer? by Robert Duke 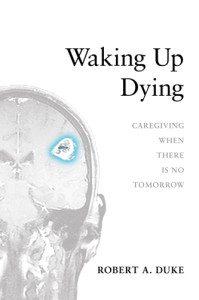 Robert Duke is a RWB Writer who has recently self-published his book, Waking Up Dying: Caregiving When There Is No Tomorrow. His journey to write and publish this compelling book was not an easy or fast one, but it was a learning process. Below he tells us about his path as a writer/author and encourages us to keep plodding forward.

A huge thanks to Bob for sharing his hard-won wisdom with us!

A writer is one who writes.

It is where noun meets verb.

Everything else about writing is an adjective.

I became a professional writer in 1961 in the U.S. Air Force when at age 22 I was assigned to the Course Writing Office in the Air Training Command at Lowry Air Force Base, Colorado. My job was to write instructional texts and tests for teaching military students how to operate and maintain missiles and bombs

I was only a high school graduate and had no writing education or training, but I had demonstrated the ability to string together words into clear and accurate sentences.

From that beginning I wrote professionally for 50 years. Yet, my most recent and ambitious writing effort left me wondering not only whether I could write, but asking myself if I had ever been able to write.

Writing a slice of time, non-fiction memoir about caring for my dying wife had shaken the writing-me to my core. I couldn’t seem to do what at the outset had seemed so obviously doable. Though unnerved by what the experience was doing to me, I had this deep conviction that I could do it if I would only keep at it. Ultimately, I published the book and along the way discovered more about writing than I had learned during the past five decades of writing.

What I learned was that writing is a complex and multifaceted activity, and that no one but an occasional genius can do it all well. Writing for most of us self-styled or designated writers is some unique subset of skills and knowledge that enables us to start and finish assembling words into some coherent context that can be shared with others.

So what did I conclude writing to be?Â  What was my epiphany?

Writing is starting. Unless you start transforming thoughts into words and committing them to some tangible medium no writing is occurring. If no writing is happening then you are not a writer.

And I will stand by that definition, that writing (the verb) is the foundation of writing (the noun), because anything beyond that is such a complex personal experience as to defy comprehension. It is ultimately a journey that is impossible to share. But I will try.

I had written 22 emails to 17 friends and family over the 18 months of my wife’s battle with brain cancer and I was convinced that writing a book about my caring for her was simply a matter of writing introductions, transitions and conclusions around the updates and I would have a book. But after eight weeks I discovered the emails were extemporaneous and without context, so I abandoned that approach and started again, this time trying to view the whole 18 months in terms of key story elements. That seemed like it would work and ultimately that proved to be the framework for the finished book.

For the next six months I wrote for five to six hours everyday, producing three drafts totaling about 120,000 words. I had a couple of writer friends read portions of the manuscript and one brave soul read the whole thing and offered many solid editorial suggestions. But I knew good writing and a good story when I saw them and I knew none of this was “good”.Â  I sensed hopelessness rising in me like indigestion.

I went on to do three more revisions and knew when I completed revision six that I had made no progress and was in deep trouble. I had proceeded with the idea that if I would just keep writing I would finally hit my stride. My subconscious would kick in and things would piece themselves together and flow out coherently through my fingers tips onto the keyboard into the computer’s memory. I had never been stymied before and so my confidence remained high. I just had to stick with it, but a year had now passed and there was no end in sight. In fact, much to my horror, I realized I was merely writing the same thing over and over.

It began to dawn on me that I didn’t know what I was doing because this was writing unlike anything I had previously attempted. None of the skills, experience or techniques I had acquired was relevant to the work I was attempting. I needed help but was so helpless I didn’t know what kind of help or where to find it.

A writer friend in Anacortes, Washington, was having trouble with her book. She at least knew what kind of help she needed, but not where to find it so she called me to ask if I could recommend a developmental editor. “What’s a developmental editor,” I asked? She explained that such an editor plans and develops the overall structure of a book and may offer advice chapter by chapter.Â  I realized that’s what I needed and set out to find one.Â  For me, I found that a developmental editor was an objective person able to articulate the faults and strengths of a book manuscript.

I turned my manuscript over to a developmental editor and suffered the same feelings as when I first took my infant daughter to day care. We estimated it would take about two months of work to salvage the book, but it took more than three months. Over that time the editor fed back to me each chapter with revisions and recommendations, which I returned for assessment and a final content edit.

We didn’t always agree about what to do and how to do it, but we did agree on two essential things: there was a viable book in there somewhere and the editor was skillful and usually right. Since we had a viable book, it meant the editor wasn’t wasting her time on something beyond salvage and since she was usually correct the author was receiving constructive advice.

After three months of intense collaboration, the editor and author produced a manuscript that both were satisfied with and that was ready for copy editing and forwarding to a book designer. From design the book went to printing and bound copies were delivered on March 25, 2014, just six weeks later than the author had planned 20 months earlier.

Working with a developmental editor was just one of many unexpected and new experiences I had as a writer of 50 years while writing my first memoir. While getting the help of a developmental editor was key to successfully completing my first book for a general audience, what was critical to writing and finishing a 318-page highly personal book about the care and death of my wife of 40 years was that I kept on writing.

So if you want to be a writer, my advice after more than five decades of writing is to start writing and keep writing. Everything else will fall into place for you as a writer if you do that. 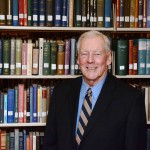 Bob will be talking about his book Wednesday, July 30, 7 p.m. at Village Books in Bellingham, WA. Â Email him with questions or comments: robertaduke.com