What Excites Me About Writing 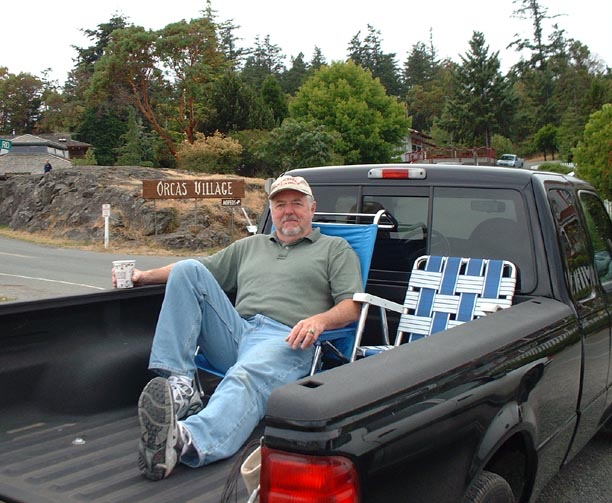 I think they’re why I write, when it comes down to it. Especially when all that plot, character, story arc stuff eludes me.

Words are the pretty candies in a story, the chocolates on the pillow* where so often I lay my brain.

Sometimes they start rolling around in my head and won’t let me fall asleep at night — “floating into my head on the wings of darkness,” as friend Nancy Adair wrote. Some mornings, when I sit down to my computer, I’m like a little kid opening his first box of crayons — the big one with all those pointy colors lined up in rows.

Phrases, figures of speech, metaphors, similes — the currants in the warm scone, the oysters in the stew — they jump unbidden onto the page, and I shake my head. How’d that happen!

“Words, words, words! I’m so sick of words!” said Eliza Doolittle to Freddy Eynsford-Hill (“Show Me,” My Fair Lady, Lerner & Lowe). Not me. Words are but playthings, possibly dating to the time in my twenties when a boss to whom I’d handed a memo for his review told me I was “quite the word merchant.” (Ahem.)

There are those fabulous opening lines — from Ishmael, to the winter of our discontent, to Aureliano Buendia facing a firing squad. (A dark and stormy night, maybe not so much.)

“Happy families are all alike; every unhappy family is unhappy in its own way.”

“It is a truth universally acknowledged that a single man in possession of a good fortune must be in want of a wife.”

“In Xanadu did Kubla Khan a stately pleasure dome decree….”

Wouldn’t you give your best shiny black and gold Mont Blanc knock-off to have written those lines?

“… and it was grand just to stand with his hand holding mine…” “The Trolley Song,” Meet Me in St. Louis, Martin and Blane.

“…flying too high with some guy in the sky is my idea of nothing to do.” “I Get A Kick Out of You,” Anything Goes, the inimitable Cole Porter.

“Yesterday, all my troubles seemed so far away.” (Cue the tears.)

Prolix, verbose, articulate, loquacious, eloquent, lucid (I unabashedly confess to consulting a Thesaurus), call me what you will. But oh, the delicious fun of sorting through all those curious parts of speech, like so many jigsaw puzzle pieces spread out on the card table in the rec room. Adverbs (use sparsely), nouns (which get to name themselves), adjectives (that tell you what I want you to think of those nouns), prepositions (the salt and pepper and bouquet garni), pronouns (ho-hum), and most of all, verbs that do the heavy lifting. No, I haven’t forgotten articles and conjunctions; try writing a sentence without them!

There are words we love (frisson, porcine, saunter, quotidian, pixilated); ones we hate (it, feel, like, very, trump). We each have a list, don’t we?

There are words we have to look up (e.g., apophasis, n. — rhetorical device bringing up a subject by denying it should be brought up; e.g., “I won’t even mention so-and-so”; frequently ad hominem.) Also, pretty much one puzzler per paragraph in any David Foster Wallace piece.

I’ve been known to make up words: vape, v.t. — a portmanteau combining “vapid” and “gape, meaning to sit and stare mindlessly; c.f., stoned on a downtown street corner.

So fellow writers, when in despair in my otherwise solitary, agoraphobic, navel-gazing, wool-gathering, low self-esteem writerly pursuit, haply I think on thee, O Lexicon, or pick up my copy of Anna Karenina.

It’s gotten me past many a bad plot block.

*Note to You-Know-Who, I did cop to being a thief. 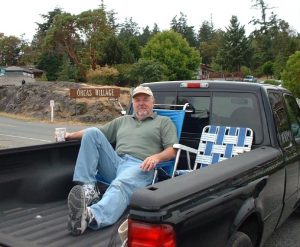 Author’s Bio:  Dick Little is a retired attorney and government lobbyist who’s lived in the Pacific Northwest for over thirty-five years. His work has been published in the Santa Fe Writers Project, the Seattle Times, and the Seattle Post-Intelligencer; recently, also, in the 2016 Summer Solstice issue of Cirque, and in the upcoming issue of Clover. He has published a collection of short stories, “Postcards from the Road.” A novel, “City Haul,” is being reviewed for publication, and another collection of travel stories is in the works. Other work can be found at “The Write Stuff,” http://pepys2000.blogspot.com.