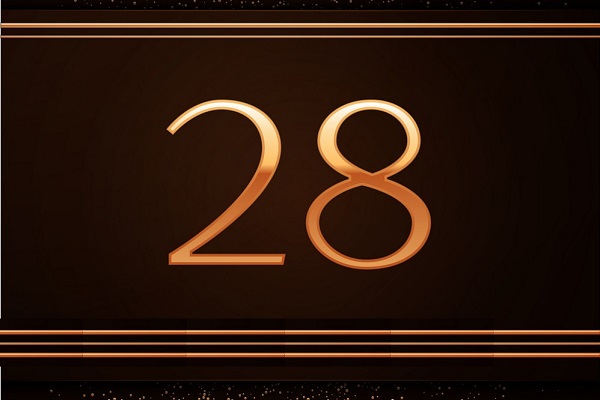 “Where in blazes is Vlad?” ABO III was talking to himself, but he was his own favorite audience. A soliloquy befitted him as well as it did Hamlet, or that other guy. The one with the girlfriend.

Since his valet* wasn’t there to answer the question, which would have spoiled the concept of the soliloquy, ABO III found the silence deeply satisfying, as well as irritating, because he wanted his answer, and he wanted it now. That thought planted an earworm in his agile mind, and he knew he’d be hearing Freddie Mercury on a constant loop until he fell asleep.

That thought reminded that he wanted Vlad to appear so he could run to Fred Meyer® and buy a bottle of Kraken® spiced rum. ABO III had recently attended a party where they served the stuff with Coke, and he’d taken a liking to it. He planned to share his discovery with his dinner guests, Joseph Yanity, Jane Varner, and Lisa Nightlie.

But now, he had a bigger problem than the rum. The larder was depleted, and his chef* was AWOL. He could try to borrow that Roofie guy for one meal, but the French Chef probably felt obligated to feed the ravening horde of teens at the school. Kids who wouldn’t be so blasted hungry if they ate meat once in awhile.

He had a solution to his dining problem. He had learned it from Trompe, who occasionally had students over to his house to listen to his poetry. Trompe had fed the students McDonald’s®, with especially big piles of Big Macs for the student-athletes who happened to enjoy poetry. ABO III couldn’t abide McDonald’s®, but he enjoyed pizza, and he knew how to use the Domino’s Pizza® app to advantage. As soon as the guests arrived, he could elicit their preferences and provide them with a hot, round meal. One of the pizzas, of course, would be an Everything pizza, because ABO III wanted it all.

It was a good thing Domino’s® delivered, becauseABO III’s chauffeur* wasn’t handy to do the driving. Getting good help these days was becoming annoyingly challenging.

Annabelle and Emerald ducked out of Jack’s room when Vlad’s attempted assassination went awry. They most likely would have bolted even if Vlad had pulled it off, because neither of them felt obligated to further the efforts of law enforcement, even if that Phil Bradley was as cute as a bug.

Annabelle recognized Bradley as the teacher Justine had traipsed off to natter to, leaving Annabelle unprotected from the cookie that had gotten her kidnapped. Now that he turned out to be FBI, was it possible that Justine was feeding him intel about some doings on campus? Maybe something as mundane as the trees? Maybe she knew that Troy was handing out Killer Cookiez® to unsuspecting rich girls, and she wanted Bradley to snag him. Or she wanted Troy to have a chance to deliver the kid, i.e., Annabelle, to whichever nefarious kidnapper needed the ransom money most. There were plenty of hard-up groups in this town. They all knew Daddy would pay them off, rather than sit back and wait for one of Annabelle’s ears to show up in the mail. And with the mail moving so slowly with that inept postmaster in charge, her ear would most certainly not be able to bounce back from reattachment surgery. She’d either have one ear, or a blackened, shriveled ear that would keep her from wearing a full pair of earrings.

She clenched her fists, angry at Daddy for not just paying the ransom, but then she realized she didn’t need to be ransomed, because some idiot* had blown the kidnapping as badly as Vlad* had blown the assassination.

Emerald decided they would do well to leave their car in the hospital parking garage and stroll in a nonchalant manner to campus. When they reached the edge of the campus copse of fir and felled cedar, they ran into the campus cops as well. Lisa Nightlie recognized them first, and she beckoned them over.

“Annabelle, this is Sgt. McGuffin. He’s the brains of the outfit, the guy who handled your kidnapping case so admirably.” Sarge puffed out his chest and patted Annabelle on the head.

Annabelle saw how Lisa closed her eyes, resigned to her day-to-day need to bear the burden of his blather.

A loud “yowrrr!” from the trees ended the self-congratulation. Marie, Annabelle knew, was the author of that cry. And here she came, pushing aside the underbrush, managing to avoid getting burrs in her silky coat. But one thing was stuck to her; there was a strap hooked to a fang, and the strap dragged something behind it: a cell phone.

Annabelle didn’t want to startle Marie, but she wanted her phone back more than anything right now. She drew near to the cat, murmuring sounds she, as a human, considered soothing, and reached for the phone. Marie darted away and ran to Lisa, who simply bent over and retrieved the phone from Marie’s fang, trying to avoid smudging any prints.

“Hey, that’s not fair!” Annabelle exclaimed, her immaturity and privilege fighting for supremacy. “I want my phone. I can’t imagine how many missed messages I have.”

“Well, young lady,” Lisa said, patting Annabelle on the head in a futile attempt to show Sarge what a dork he was. “I hate to break it to you, but the phone is evidence, and until the FBI clears it, they may want to know why someone would target you for a kidnapping.”

“Hey, that’s ABBA. Did you know they have a new album out, after almost 40 years?”

Annabelle rolled her eyes. “Everyone knows that, Boomer.”

“For heaven’s sake, people,” Lisa interjected. “Annabelle, I’m handing your phone over to Phil Bradley, and he’ll probably give it back soon.”

“As soon as he wakes up,” Annabelle said with a snort.

“He got stabbed with a narcotic-laden hypo,” Emerald explained. Saving Perry McPherson’s life.”

“Come on. I don’t know anything about this.”

“It’s still happening,” Annabelle said. “I can’t imagine why the Belltown PD didn’t notify you two about what went down at the hospital.” Annabelle realized she had pushed a bit hard on the incompetence shtick with Lisa, who turned red, her lips white. Ol’ Sarge just nodded.

“All the more reason to deliver your phone to the FBI,” Lisa said in clipped tones. “Hope you get it back. Now, I’m off to a meeting with Olivier, in hopes of learning what his role in all of this mess.”

With his guests assembled, ABO III was his most genteel self, holding out chairs for the women, bowing to Yanity. Lacking rum, he opened a luscious Malbec, offering the cork to Yanity, as well as a taste. Yanity proved that he knew the ritual, swirling the glass, cupping his tongue, and breathing over the pooled wine on it. Nodding his approval, he let ABO III pour his glass, as well as that of the women.

“This, I fear,” ABO III said, will be the extent of the top-end amenities. You see, my butler* is indisposed, and I must cover for him myself. He pulled out his phone. “Who likes anchovies on pizza?