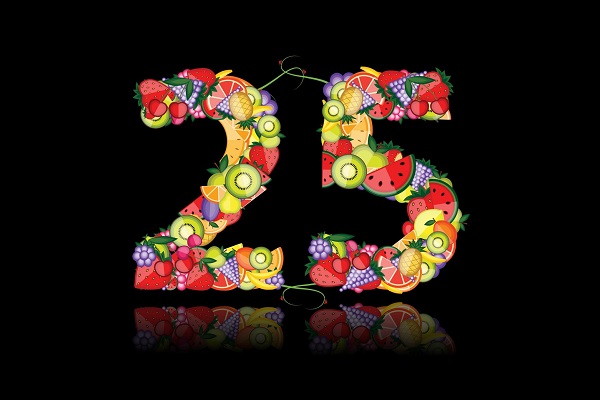 Annabelle took the teacup from Helen Hannah. “Is it…?” she ventured.

“It’s nothing but chamomile, I promise,” Helen said. “No potions and no magic spells.” She sat across from the girl and warmed her palms against her own mug. “Mine, on the other hand, has a shot of whiskey in it. Quite a time we’ve had, haven’t we?”

“What can I do for you, sweetheart?” Helen asked, ignoring the bickering coming from the playroom.

“You know, besides the magic, I heard a lot of things from a lot of different voices while I was out there being dragged around in the woods blindfolded,” Annabelle took a sip from her cup and felt comforted.

Helen nodded. “I have no doubt of that.”

“A couple of things are bothering me so much my stomach is aching.”

Helen’s brows crinkled. “Can I get you something for nausea?” she asked the girl.

Almost too abruptly, Annabelle answered, “No! Please. Nothing.”

“Well…” the girl paused to check in with herself. She’d had to ask herself who to trust absolutely with what she had to say. She’d chosen Helen because Helen had been with her out there. Helen would believe her. She’d thought of going to Sybil—a mentor and known factor—but for some reason, she believed Helen was the right person to start with. Sister to a student, a person with knowledge of realms unseen, Helen was close to the school, but not IN the school, not the wife of an employee IN the school. But that wasn’t the reason Annabelle had come to her. Helen was a mother to two young children. She would have a reason to care about the future of this county, this town, of the old growth trees that produced the oxygen they all breathed—a reason to want justice. “I heard,” Annabelle started, but tears sprang to her eyes before she could continue.

“As I said, I feel so different now. Like I don’t know what’s real. But I’ve got to get this out,” she said. “So here goes.” Another sip of her tea. “Chainsaws. And at least one, maybe two, trees falling.”

Helen held her breath and waited for more, as if this wasn’t enough.

Now Annabelle spoke quickly. “They’re taking down the forest. Our forest, Helen. Old Doug didn’t fall just because of the earthquake. He fell and almost killed my dad because he’s heartbroken. They are taking down his family out there… Like deep in the forest where only a few of us know to go for ceremony and peace of mind.” Now she was weeping.

Of course, Annabelle didn’t know all the pieces of the puzzle. Didn’t know about the subpoena or the allegations toward the stupid math teacher and how keeping him on the staff was just a smokescreen to divert attention from the embezzlement done by the headmaster and Debra. Didn’t know about the lawsuit of the tribe to get the land back before Oliver could log the land. Didn’t know that her own blood was tainted, that her mother’s grandmother, her great-grandmother Annabelle (after whom she’d been named), had been the sister of the original ABO. Shit, she didn’t know who ABO III even was and why he would have been involved in kidnapping her or how he’d been inadvertently helped along by a cookie with a smidgeon of blood in its batter.

But she did know she loved the forest. The forest was the one place she could always go to get away from her parents’ idiocy. And in spite of her father’s neglect, she loved her father, too, and knew that he had contributed money to environmental organizations. She knew in his own way, if he could pause and get more grounded, he would find grace and peace in that forest too. She’d read issues of Mother Jones that were lying around the house, after all. She, like so many of her peers, were terrified of the effects of the ongoing rape of the earth.

Helen waited, sensing there was more. As if logging the forest weren’t enough.

“And…” Annabelle took a breath so she could continue. “I think someone is bringing drugs in over the water. Helen, I don’t know the kids at that school, but I don’t want…” she trailed off.

Before Helen could ask her why she thought there were drugs coming in, there was a knock at the door.

Sybil’s car, parked off-road on the edge of the forest could have easily been seen. She may have the second sight, but she didn’t have an invisibility cloak. She’d done her best to tuck herself behind a cluster of trees, but she needed to be able to see what was going on on the service road, so she wouldn’t go in too deep, even if she could have gotten her little Kia Soul much further in. She had a strong intuition who had kidnapped the child, but she didn’t know why, and she wasn’t getting much good intel from her crystal ball.

She sat in her car, rain pounding on its roof, for an hour. And then she heard a motor.

Before she could hunker down behind her wheel so she wouldn’t be visible, a large truck with huge metal prongs coming up from its bed, rounded the corner. “What the hell?” she said audibly. She maneuvered herself to the center of her windshield so she could see better. There was no mistaking it! It was a logging truck.

As soon as it passed, she started her engine.

Secrets and differences aside, there was one thing she and Jane agreed on: The sanctity of the forest. Ancient peoples knew that the properties for healing were in the mushrooms at the forest floor. The carcasses of sacred animals were part of the decomposition that allowed those mushrooms to grow. The trees themselves had properties that, when harvested respectfully, could be used in everything from magic potions to western medicine. She could NOT let this forest be logged. And she knew that part of Jane’s willingness to work at that school for so long was that she could get reprieves from the campus stupidity by taking quiet walks on the trails adjacent to the school.

As she drove, she grabbed her phone and dialed her wife’s number. “Jane, wherever you are, and whatever you’re feeling, I beg you…” her voice broke here, but she continued, “meet me at Helen’s house. It’s an emergency and you’re the only one who can serve as the center of the healing wheel.”

Helen let Sybil in. “Jane will be not far behind me,” she said as she took off her coat and slung it across a chair before flopping down, kicking off her shoes and tucking her feet under her like she was a child curling into a ball for safety. “She’ll get here as soon as she can. And she’s calling that teacher to join us.”

Helen was alarmed to have so many visitors, and with her house looking like a playground. She scurried to put on more tea, throw unfolded clothes off the sofa and into one of the bedrooms, and turn on a cartoon in the playroom for the kids. Another knock on the door and there was Jane with Netta, who had called Joseph Yanity to join them.

When everyone had finally arrived, found a place to perch, and had been given cups of warm tea, Helen looked to Sybil. “What the hell is everyone doing at my house?”

Sybil took a breath. “I saw it with my own eyes,” she said. “The clearcutting is already happening!”

A white light closed in on Perry. He could swear he could see a doorway open, a soft yellow glow surrounding it. Was that… his mother? But she’d been gone for years. But it was her for certain. She was standing at the door, wearing the beautiful dress they’d buried her in. She was moving her mouth to speak to him, but he couldn’t hear her. As he moved closer to her doorway and the bright light behind her, he began to make out a whisper. A repetitive phrase, but what was she saying?

And suddenly there were sounds of other voices all around him as nurses and doctors came toward him and hovered above, switching switches and checking vitals. Paddles on his chest. “Three, two, one, CLEAR!”

“We’ve got him back,” someone said. His mother stepped behind the door. The bright light faded.

Perry didn’t know how much time had passed but he’d been wheeled into a recovery room. A shared room, which, he had the presence of mind to think he did not deserve, being as important a man as he thought he was. Shouldn’t he have his own recovery room?

Next to him lay a man in traction. Casts and pins seemed to be holding him together. Poor bastard, Perry thought. Wonder what happened to him? But it was only a passing sentiment. He didn’t really care.

“McPhereson?” the man said. He could turn his head only the slightest bit, that poor guy, but his head was turned toward him, there could be no question.

Perry turned to look at him and studied the figure, looked carefully at his eyes. “Jack Watson?” he ventured.

There was a pause. A long pause. And then, “You. That’s you right there?” A beat. And then. “Why was my daughter kidnapped, you motherfucker?”

McPhereson looked away. A swirl of emotions washed through him. Guilt, defensiveness, anger at having to answer this man when he should be recovering in a single room being attended to by his own dedicated nurse. He had his ideas to answer the man’s question, though. “I don’t know for sure, Jack,” he said. “But I know who does know. Debra Abel. She knows everything for sure.”

Phil Bradley sat in the forest again the whole next week after the earthquake. He could have taken some time off, given the trauma of mid-day aurora borealis appearances, large gashes hewn into the earth, and the felling of Old Doug, but his intuition told him that now, more than ever, he should be on surveillance. “Something” that had been set in motion was on the verge of culminating. He was not a superstitious man or a magical thinker, but he was an English teacher, after all. And he could smell the climax of a narrative arc. He could feel they were in act three of Aristotle’s Incline.

So, tonight, dressed in his camouflage and armed with his infrared eyewear and binoculars, he settled himself against a tree. He had a warm thermos of coffee beside him. And he waited. Nerves and patience of steel, he waited… and watched the water.

But nerves of steel notwithstanding, he nearly shit himself when he heard, quietly but distinctly, from behind him, “Mr. Bradley?”

He turned abruptly to see a flashlight shining in his face. He knew exactly who it was though, from her voice. “Justine. What are you doing out here?”