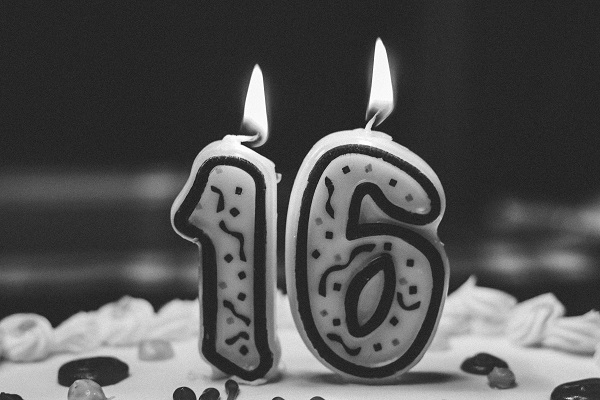 As the misty fog engulfing Annabelle’s mind began to clear she felt the hard cold, wet patch of ground beneath her back and realized she was being trussed up like an early Thanksgiving turkey, a man’s strong hands tying her wrists and feet. She struggled against the ropes, but her body was paralyzed. As she swam up from the chemical depths of unconsciousness, she heard a cacophony of voices above and around her. Her eyes were stuck shut and her mouth was so dry she could not speak but she could hear, very clearly, that a small crowd seemed to be discussing her fate, and rather loudly at that.

Closest to her was a deep, heavily accented, Russian voice, the man who had just finished tying her and was standing above her. Then a light flashed so bright Annabelle could see it through her crusted eyelids. The man muttered under his breath “Gav-no, what a Blyat*” thrashing away from her. Next a female voice thundered over Annabelle, something about “use her for ransom” and “no time to waste.”

Someone else started to shove her body over, scrabbling with the rope around her wrists, trying to untie her. Suddenly the person let out a shrill cry and the hands pulled away. Now partially on her side, Annabelle pulled her knees up to her chest, curling into a tight ball.

There was the sound of more people arriving, pushing through the undergrowth, panting heavily. “Annabelle!” a voice shouted, “Are you alright?” This was the first voice Annabelle thought she recognized. It was Justine, the senior who was supposed to be giving her the campus tour, the girl who loved “fencing,” whatever that was.

Annabelle twisted further around to look at Justine, forcing her eyes open a crack to glimpse the faintly lightening sky. Two things happened at once. The low constant rumbling that was steady background noise up until now rose to a cougar- worthy roar, and a furry dark body hurtled over her head, blocking the sky.

There was a scrabble of limbs, and a chorus of frightened yells of “panther” and “lion” and “Sasquatch” and, most frequently repeated, the command “run!!!” The air around her roiled as people crashed back into the forest on all sides. Annabelle, of course, could not run.

Just as Perry was stumbling to his feet at the edge of the small clearing, a shot rang out. The bullet missed Marie, but she had most of her nine lives left anyway, though it nicked Perry in the shoulder, not a lethal wound. He fainted at once.

Silence descended around Annabelle. In the commotion she managed to sit upright, her legs straight out in front of her and her hands tight behind her back. She sure didn’t have a clue what was going on, except that it seemed to revolve around her. How weird was that!

From behind her she heard that low rumble again. An exceptionally large, loudly purring cat crawled onto her lap, blinking its massive glowing eyes in her face. Ok, so she always considered herself a cat person, and if she was right, this was the largest, furriest, most beautiful Maine Coon cat she had ever seen, or a slightly small Bobcat. “Well, hello there,” Annabelle croaked to Marie, through her dry cracked lips.

Marie put her face up to Annabelle’s and boldly licked the crust out from her eyes and around her mouth. Then she let out a loud meow, calling the forest denizens back from their searching. She needed their help freeing Annabelle from her ropes. A couple of Douglas squirrels scurried down a nearby tree and did the job quickly with their always sharpened teeth.

Annabelle had to admit that she wasn’t quite sure she was awake now or still caught in a drugged dream, but it was a lot more pleasant being freed from bondage and warmed by a fuzzy Coon cat. As her head continued to clear she recalled more of the conversation/fight that had buzzed around her when she was tied on the forest floor.

She had learned recently her family was somehow related to that nasty man her parents called their benefactor, that slimeball Albert Beaumont Olivier 111. Her school had been studying the history of local tribes, the nefarious ways the tribes had been cheated of their sovereignty and how ABO3, had re-written the very treaty that was supposed to protect the lands of the Stillaguamish and their relatives from further logging and development. If she was truly related to this man and his corporations then she was not only indirectly culpable but also possibly in danger, as the, albeit fuzzy, conversation about her being held for ransom implied.

Annabelle knew, in a sharply clearheaded way, what was the right course for her now. She needed to get on her feet and produce a plan to foil ABO3’s scheme to kidnap her. Next, she needed to find a way to restore his land to the tribes that should have say over them, to preserve this land for future generations and for the health of the forest she knew and loved. For though she had known little about the private school her mom wanted her to attend, she knew and loved these woods since she was a child.

Sybil, her private art teacher, had taken her into the Old Growth Forest many times over the years. Much of Sybil’s glass artwork used the natural world as inspiration. Annabelle loved the time spent exploring the lush woods as much as Sybil did. Sybil’s friend Hannah would often go with them, bringing lovely baked treats to share when they needed a snack, too.

Annabelle knew people thought she was just a self-absorbed bubblehead, only concerned about her looks and cute boys, constantly taking, and posting numerous selfies, but that persona was a great façade to hide behind, protecting her intuitive inner self. Her phone was useful camouflage, she looked preoccupied but behind the ever-present screen, she was observing closely everything that happened around her. Even her parents underestimated Annabelle, seeing only her cherry lips pouting and her flip manner of talking, totally missing the undercover activist and the “wiser than her years” girl behind the phone.

Marie could sense the real Annabelle beneath her kneading paws and was thinking hard about what their next move might be. Things had gotten mighty complicated in the old Douglas fir’s forest. There were far too many clueless human players for her regal taste. She made up a list as she rested in Annabelle’s comfy lap, letting herself be petted now that the human was untied.

On the dark side:

ABO3, Vlad, Debra, Perry, Don Martin, the silly sheriff (only because of his incompetence)

On the bright side:

Justine, Annabelle, Jane, Sybil the artist, Hannah the witch’s daughter, Troy, Ruff (mainly because he loved cats so he couldn’t be all bad!)

On the “who knows” side:

But Marie wondered, what exactly was going on? For all her feline wisdom, all Marie knows was that her forest home and her forest friends are in danger.

Speaking of the witches, the ghostly shape of Hannah Martin appeared at the edge of the clearing like a wan aromatic apparition (maybe because she was covered in white flour, smelling of cocoa and cloves).

“Oh Annabelle,” Hannah breathed, “Here you are. Are you all right? I’ve been looking for you most of the night.” She bent down and hugged Annabelle closely, forgetting that her new Owl familiar perched on her shoulder might be a bit off-putting.

Annabelle drew back, momentarily startled by the ruffle of the small Saw-whet owl on Hannah’s shoulder, but soon returned the hug, and to her embarrassment, began to sniffle.

“Hannah, I don’t know what happened to me, one minute I’m walking with a nice young man, eating a cookie he gave me and the next I’m tied up in the forest with all sorts of people I can’t even see shouting about holding me for ransom!”

“I think the boy that gave you the cookie was my brother, Troy. You don’t remember him, but he didn’t mean you any harm. He has attention deficit disorder, so I make him special cookies with his medicine in them. He probably gave you one of his own accidentally.”  Hannah sat down beside Annabelle and reached out to rub Marie’s belly. “I’m not sure I know anything about any “kidnapping” plot though. Fill me in on what was happening before I got here.

When Annabelle got to the end of her spiel she looked up at Hannah, wiped her eyes and said, “I don’t know who plans to ransom me and why they think that horrible man ABO3 would trade his lumber fortune for me. He may have helped my parents, but I’ve never even met him! All I know is I must do my part to protect this forest and help return it to the indigenous people whose land we live on. But what can we do?”

Hannah stood up, pacing around the small clearing. Marie stood too, slinking after Hannah. Annabelle struggled to her feet, stretching painfully, moaning a bit, working the kinks out of her wrists and ankles.

Just then all three heard rustling in the woods toward the bluff, where the path came up from the beach. They could see someone’s flashlight bobbing in the still dark forest. Annabelle, Hannah and Marie dove into the underbrush on the other side of the clearing, not knowing who might be arriving now, friend or foe.