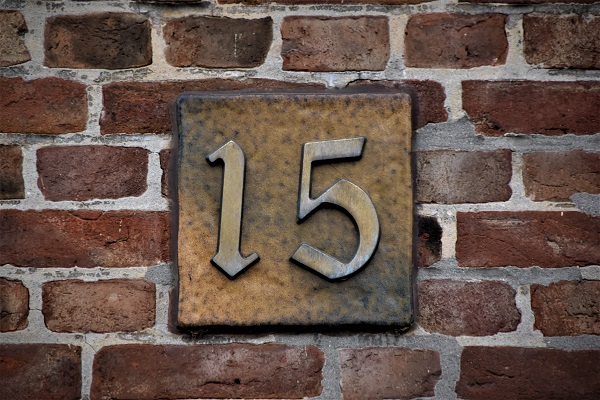 While Phil Bradley’s training helped him remain alert even when sleep deprived, the increasing darkness of the fall season could wear on him. This time of year it took the sun forever to finally creep over the Cascades in the morning. Sure, the days were brightened by the autumn colors, especially the golden Chestnut trees marking a golden path across the grass toward the Student Commons. But the encroaching darkness and moisture-laden clouds that often squeezed out the sunlight, that sometimes spit rain for days straight in an atmospheric river, well sometimes that darkness wore him down. Besides he was ready to join in the search for Annabelle, if she was still on campus, and light, even filtered gray light, would be welcome.

Phil unfolded his body from behind the rocks he had been crouching behind and stretched his arms over his head. Indian racing canoes out on the water, again. On a dark night. Or relatively dark—the crescent moon made a brief appearance, a false dawn in the east, and then an occasional faint glow behind the drifting clouds. Would the tribe practice at night? The fall salmon run had started but fishing at night also didn’t make sense and certainly not from a racing canoe, built for speed, not stability. The Stillaguamish were not, so far, implicated in his investigation into the local opioid epidemic but he needed to reach out to someone in the tribe to help pinpoint who was, or was not, in those canoes. Maybe Joseph Yanity, with whom he had a nodding acquaintance from the annual ceremony on campus, the once-a-year acknowledgement of the school existing on the traditional lands of the Stillaguamish.

That hollow ritual was a prime example of Westminster Academy’s inability to live up to its Diversity, Inclusion, and Kindness motto. Though that might change with someone like Netta on the faculty. Phil was intrigued by Netta and admired her plan to take concrete action, an especially bold move for someone new to the school. While he looked forward to collaborating with her on campus, he also wanted to spend time with her off campus to get to know her better. And he wanted to give her a copy of Greenwood, which her plan brought to mind, the novel spanning generations and their relationships with trees, beginning and ending in the future where a small group of people and a corporation, for better or for worse, stood guard over the last stand of old growth forest in the world.

A flash of light came from the trail leading from the bluff to the beach. Phil sank down on his heels and slipped on the night vision glasses. Two people, one of them gesturing with a . . . a sabre? Justine? He’d heard that Annabelle had disappeared when Justine left her to speak with him about their fencing lesson. Poor girl, she must feel partially responsible. The other person was without a single distinguishing feature, except for the jacket—a dark checked flannel—the signature of Nightlie, campus security. Lose that jacket and she could make a career in undercover work. Lisa was mostly competent, someone you could count on but every once in a while she seemed to take on the persona of McGuffin, a buffoon who was utterly unsuited for his position. A school like Westminster Academy could certainly afford a more professional head of security. Why would McPherson have someone like McGuffin in charge?

People were endlessly baffling and complex. Understanding others was what first drew

Phil to books. Charlotte’s Web and Old Yeller. Tom Sawyer and Huck Finn. He made his way through his mother’s childhood set of the Little House in the Big Woods and his father’s Hardy Boys Series. Shakespeare and Austen to Sherlock Holmes and Toni Morrison to Stephen King and Ann Patchett, Phil read everything, and each book added to his understanding and empathy for others. Becoming an English teacher was the natural evolution of his love of books but it wasn’t enough. Phil wanted to help people, especially young people whose drug addictions could end their lives before they even really began.

Voices floated up from the trail below. Phil couldn’t tell if Justine and Nightlie were heading up or down. Had they been out here all night? He could approach them, use the partially true fact of the search for Annabelle as his reason for being out here. Though his all black attire might seem odd.

A voice sang out, Phil swiveled and saw a billow of white bobbing along the bluff trail in his direction. Phil leaned into the rocks.

Phil recognized the accented and cat-besotted voice of Ruff.

As Ruff drew nearer, Phil turned his face into the rocks, a patch of flat black among the fading darkness.

“CHATeau, you have deserted me. I must return to my kitchen. The sweet potato souffle won’t make itself. Au revoir.”

Phil watched Ruff, with his meringue of a chef’s hat, stride back in the direction he had come. From the opposite direction came a brief swath of light and then in the distance a gunshot. Phil’s hand went to his hip but he had chosen to be unarmed tonight. Would that prove to be a mistake?

Emerald looked over at Zeph, widening her eyes in alarm at him. He shrugged but leaned his head down to hers. Emerald covered the phone with one hand and whispered, “Annabelle is missing!”

Zeph stared at her.

Into the phone Emerald softly shrieked, “How did this happen? No, forget that for now. What is being done to find her? How many people are searching? How do you know if she’s still at the school? Maybe she was kidnapped! Where is her father?”

Zeph moved away from her and slipped his iPad into his Gucci leather messenger bag, a birthday gift from Emerald. She gestured at her matching bag which Zeph slung over his shoulder. Emerald kicked off her Lissom Flytes and fished out the Jimmy Choo’s from under the seat in front of her.

“I’m disembarking. I’ll call you back.” She blinked tears away and followed Zeph off the plane.

The humidity washed over them as they descended the steps onto the tarmac.

“Does the hotel have air conditioning?”

“Are you listening to me? My daughter is missing!”

“She’s fifteen, she’s run off with some boy.”

“What boy? There is no boy! We don’t know where she is. Someone could’ve kidnapped her.”

Zeph looked at Emerald. “How rich are you?”

Emerald marched ahead into the cool air of the terminal.

“AC—thank god!” Zeph caught up with her.

Emerald turned toward departures. “We need to look into return flights.”

“Your ex will be there, I guess. It will be weird. Better if I stay here.”

A group of young woman walked by pulling suitcases behind them. Two of them smiled at Zeph. Zeph smiled back, still talking to Emerald. “I understand your need to go. I’m sure she’ll turn up soon. And then you can come back here. I’ll be waiting. In the AC. Or on the beach.”

For a brief moment, Emerald missed the solidarity of marriage, at least the first part of her married life with Jack, when he was present, when they faced life’s challenges together, before she was always alone. She hated being alone. She’d spent a lot of years essentially a single mom, albeit one with a housekeeper, a cook, and a gardener, but still the responsibility of raising Annabelle fell all on her. This trip was one she had been looking forward to for so long, two weeks of St. Barts bliss. Why did Annabelle have to go missing now? Perhaps Annabelle was hiding on purpose, to punish her for leaving, for not taking Annabelle to check out the new school, for leaving Annabelle to her father’s inattentive care.

“Do what you need to do. I support you. I’m going to go get our bags.” Zeph followed the group of young women toward baggage claim.

Emerald caught up to Zeph, slipping her arm through his. “Maybe she’ll turn up soon. Maybe she’s okay. I might need to go, or maybe not. I’m going to call Jack, make sure he’s being the parent this time.”