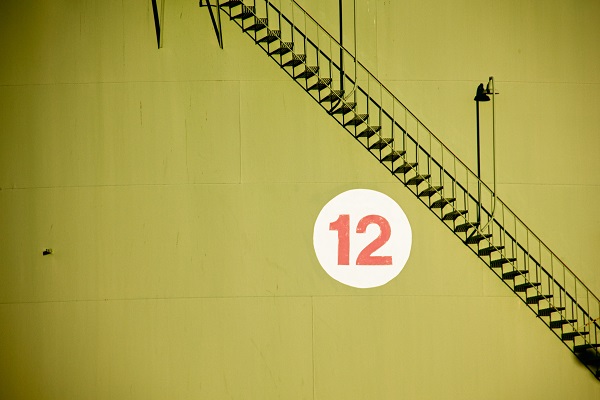 Lisa Nightly pounced from behind a thorn bush, reverently placed a small metal devise behind her and stared at Justine. “I’ve been tracking you! The REAL question is, what are YOU doing here with that sabre?”

Justine was freaked out and blubbered, “Oh Ms. Nightly. It’s that girl, Annabelle, she’s gone and it’s all my fault for leaving her yesterday. I’ve gotta find her. I’m gonna kill whoever took her.” (She later wished she hadn’t gone looking, but rather had volunteered to go back to campus and kept watch.)

Lisa twisted her neck from side to side, alert to the possibility other folks carrying weapons, and stared at Justine, barking, “I’d say it IS your fault. But you know, girlie? You’re in luck because I’M here.” For good measure, she folded her right hand, held the nails to her lips, puffed foggy air onto them. and polished them on her flannel chest before taking charge. “We’ve gotta find that girl before it’s too late.”

Justine shivered, pretending she hadn’t already thought of all the horrible things that could have happened. “Too late?”

“Yeah. Can’t say why right now, but believe me, this thing’s bigger than law enforcement can deal with.” Silently, she thought, “But then, maybe it’s not.” And she bit her tongue to keep from bragging about her invention. Reluctant to tell the sweet young thing about the phenomenal tracking device she’d created.

Lisa was so excited she could hardly keep from showing Justine how the device worked, but there wasn’t enough time, and she doubted the sweet young thing could understand its intricacies, its delicacies, its complexities. Oh, she could go on and, expanding like a pufferfish, stopped to imagine her fame and fortune. After changing the world of police work, she’d finally be appreciated. And then, resting on her laurels, she and Netta would lounge on the beach in the Maldives, drinking Biyadhoo Specials and nibbling Rihaakura.

Justine’s stomach seized and she started to pace, using the sabre to stab and pierce the forest floor. “Oh God, what is going on? Why is this happening?” She ignored the blood seeping from the hang nail she’d just bitten.

Lisa chastised her. “Wy didn’t you come to law enforcement for help?”

Justine’s heart was racing. She didn’t even think to block herself from blurting “I couldn’t. It’s the police chief. He’s weird, gives me the creeps, the way he looks at me, calls me sweetie pie. I can’t take it.”

Lisa slugged a loogie into the ground. “The bastard.” Rather than cuss on the brute and noticing Justine’ pallor, she promised, “We’ll deal with him later.”

Justine nodded when Lisa assured her chirping, “Don’t worry. You’ve got me. Someone named Nightlie will always act rightly.”

Justine sighed. Lisa hugged her and said, “Girl, we can do this.” She pulled herself up to her full five feet ten inches and, heard her mother say, “Lisa, be brave in the face of danger. Use your power. Remember: T.O.”

“Tits Out, girl. Let’s find Annabelle”. She refrained from saying “…before someone else does.”

Annabelle stirred. The grit in her mouth tasted bitter and she sensed something between her teeth. There was another, stranger taste in her mouth—like blood. Annabelle peaked through her caked eyelids. What happened? Where was she? She tried to stretch but found herself tied up like Gulliver at the Lilliputians and didn’t have the energy to fight. So, she let herself drift off. But not before biting her tongue on something sharp. Something shaped like a tiny chin.

In the back of her mind, under a cloud of chemicals, and before sliding back into oblivion, she thought she remembered hearing a conversation. Muffled talking. A man. “I’m not sure this is the right thing to do Netta. We should let the courts handle the situation.”

Then, a woman. “No time for that, Yanity.” Now that we have her, we can use her for ransom. There’s no time to waste.”

Light was returning to the forest floor and Marie kept looking. Where was the human? She soothed herself remembering she was a kind, cunning, and caring creature, descended from the great Queen. She sensed there was no coincidence she’d found the human under Doug and remembered she’d given her a bit of mouse cheek for sustenance. She swore she’d never forgive Sarge and Ruff for not following her in time to discover the human.

Marie was relieved to find Annabelle bound in the shadows of a cedar grove at the edge of the forest.  Instinctively, she sheltered her, kept watch, and worried—all the while wondering, “Who is this human, why was she groggy and what is that disgusting smell oozing from her nose?”

Marie laid, splayed and prayed to Grandmother. Please, give me a sign. I don’t know how to help this fragile creature.

Before long, Grandmother answered. “You are her familiar. Helen is on her true path and now and no longer needs you. Now, you must companion with Annabelle. She is unaware that she is descended from an evil man.”

Marie, being true to herself, like Helen was, accepted the reassignment. Helen had been a child when they met and Marie had helped her mature. Now, Helen was on her own path. The magic Pedibus Power working in her life.

Sensing danger in the air and, in her humble way, recognizing that the danger was greater than she could tackle on her own, Marie took action. Her screeching meow shook the branches of the trees and even Doug felt alarmed as he swayed with the intense energy of her Cri de Coeur. Other creatures came forth with bared teeth and blazing eyes and, in a chorused cacophony, “You called, Mistress Marie?”

Marie, wisely tuned into the Universe, was able to hear harmony in the cacophony. “Come closer, friends. Go, find your person and protect them.” A few of the animals turned back not wanting to get involved. The remaining warriors—bears, bats, squirrels, and owls—nodded toward each other and then sang to Marie. “Lead on.”