Lately I’ve been remembering a saying I learned in the eighties: choose love over fear. To love ourselves and everyone else, no matter the behavior, raises our vibration. It’s natural to attempt to keep the shadow at bay, but doing so increases its power. This doesn’t mean to accept what others do or to not question off-color rhetoric and power abuse, nor does it mean to do nothing about violations of our freedoms or illegal behavior; it just means keep the heart open. No fortified walls. Only love.

While taking an energy healing class once, I complained about my ex and the heartache he’d been putting me through. The teacher said, “What you resist persists.” I wasn’t sure at the time what she actually meant. But I was open to learning. I realized that like most people, behavior I didn’t want I tended to ignore, curse, and deny. I wanted to feel better, to drop my vendetta, and move on.

Carl Jung said, “What you resist not only persists, but will grow in size.” When my body became ill in my early twenties, I’d heard of Jung, but not his idea. The theory that energy can be blocked, however, wasn’t new to me, as I was a dancer. I began to suspect the fibroids and pending surgery might have been the result of blocked anger. For sixteen years I’d tamped down my rage over the sexual abuse. I couldn’t express myself as the perpetrator had threatened me not to tell. Once I moved away from home, however, I became a stinging hornet. I was dealing with intense feelings and if someone had said, choose love over fear—I would have told him or her where to go.

In my early 30s I began participating in group therapy, making healing art, playing the piano and, of course, dancing. Slowly the anger lifted. I became a better friend to the people I loved. I became a better caretaker of myself. And I practiced forgiveness. But the hurt hadn’t healed enough that I was ready to forgive him.

In my 40s an astrologer said to me, “Forgive, but don’t forget.” That I understand. Each time the perpetrator had asked for forgiveness, I’d denied him. Still, deep inside, I knew I needed to forgive him, if only for my own peace of mind. So I sat down and wrote a letter: “Dear Dad, I forgive you…,” and mailed it.

An amazing thing happened after that. I felt lighter, joyous even. I remember lying in the grass on a sunny day, saying to my friend, “Yes, I forgave him.” She said, “What else could you do?”

Holding onto anger had given me power, but not virtuous power. Letting go of resistance raised me up. I felt healthier and happier. I’d begun the journey away from fear and toward love. I’d set myself free.

What we resist persists and grows larger. If we resist opening our hearts, we block universal energy and the ability to manifest what we want. Holding onto fearful thoughts weakens the immune system. Practicing self-forgiveness returns the body to a state of harmony. Blessing ourselves and others, allows negative energy to flow like Tai Chi, maintaining calmness and a state well-being—and it increases good brain chemicals.

Love will get us through these tense times. Forgiveness will release the energy that builds walls and keeps a fortified stance. Positive thinking will help us manifest what we want in the world.

Additionally, when I hear myself or others gripe about current happenings, I think: What can we do about this? Bless the situation and let it go, and practice imaging what we want to happen instead. We can open our hearts to the “other”. Or, if there’s an action to take, like writing letters or marching, we can sign up.

We now have the opportunity to actualize our freedoms, to walk into the new paradigm with open hearts, to join peacefully like we did during the Women’s March in January. I personally intend to take action. The invitation is to love and forgive yourself and everyone else. Collectively, we will shine our brilliant light, illuminating the darkness. 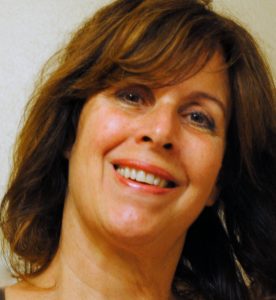