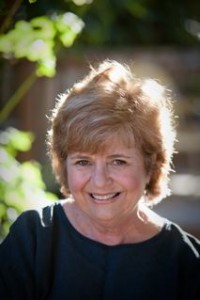 Suddenly plucked from tie-dyed disdain, Marshall McLuhanâ€”the Sixties guru and pop philosopherâ€”is newly regarded with respect, certainly by anyone who has so much as a dingy afloat in modern media. From whatever angle you approach contemporary publishingâ€”bookseller, publisher, editor, agent, publicist, author, wannabe author, reader, frantic traveler stuck on the tarmac with only your phone in handâ€”you know how right McLuhan was. The medium is the message. 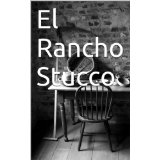 Recently my friend and colleague, Cami Ostman has made me rethink McLuhan and just how right he was. She prevailed upon me to put a story (El Rancho Stucco) up on Amazon Kindle Direct. Anyone can do it. Costs nothing. She said I should do this for the experience. For shits and giggles as the kids say. I grumbled. Why add to the general melee of infinitesimal words floating in the ether, from the minds of a hundred million Who-Knows-Who? Cami offered to do the computer and formatting work (activities way beyond my pea brain). All I had to do was send her a couple of stories to look at and choose.

Stories? You want a couple of stories to look at?

I have stories! I have stories that have compelled me for years, sometimes as much ten years, that I have returned to over and over, but never published. Not because I was print-shy, but because these were un-publishable. Why? Length. All my stories are long. I know that. But these were too long to be stories. Too short to be novels. They were, in short, novellas, that red-headed stepchild of literature.

These are pieces I felt compelled to write, stories I have loved, waxed effort on, wept into, laughed at, and revised. Over the years as I would return to these novellas languishing in my computer, I felt like Ripley and Vasquez in Aliens gazing at the racks of mutated souls cocooned, ingested and rendered forever motionless, neither alive nor dead. Neither fish nor fowl. Spooky. I might revise the piece again, though I had no way of releasing the novella from its eerie cocoon.

Nobody loves the novella. Katherine Anne Porter who was a great practitioner of the form, didnâ€™t like it. She didnâ€™t even like the name. She said: call it a long story or a short novel, but not a novella.

I quite love the novella. I love to read novellas, Katherine Anne Porterâ€™s, and William Faulknerâ€™s and Herman Melvilleâ€™s, Truman Capoteâ€™s and John Cheeverâ€™s. (His last book was a novella, gift of a grateful publisher; Cheever died within months.) And I like to write them. As a literary form they are enormously challenging. You have the depth of a novel, but not the swath; development must be more intense and selective. You have the economy of a story, but not the crimp; you can expand details, and alter pacing.

Of one of these novellas written long ago, Fair Augusto, a friend of mine who read it told me I should just give it up and make it a novel. I said: For me, it is not a novel. I did not want to live with those people for that long. I did not want to delve deeper into their lives or backgrounds or connections. Everything I wanted to say about them, indeed, everything I wanted to know about could be done in the c. seventy-five pages. Some ten years after I first wrote it, Fair Augusto anchored Fair Augusto and Other Stories.

More recently, I had a hard look at a novella Iâ€™d written about 2003 or 2004, a lightweight story, not without charms, but certainly no Bartleby the Scrivener. I thought: if I open this setting up, give the central character more ballast, broaden her backgrounds, I can turn this into a novel. And I did. A few months of work later, it was a novel, lightweight, charming, but the truth is, really, it was not meant to be a novel. It was, in fact, a novella. Â Back with the incubating aliens it went.

But the fate of the novella is changing. The medium is the message, after all. I have not had a novella in print since 1999. But in the last six months I have sold four to a British company, AudioGo. (Including the one that was once a novel; I went back and rewrote it into a new novella. Now, that was an interesting exercise in Process!) The pay ainâ€™t great, but my work will be out there, available to read. (They are releasing them over the course of a year.) Suddenly these incubating alien specimens see the light. Not print. But light.

In this new medium, the messageâ€”any message, text or otherwiseâ€”gets read on tablets, on little hand-held phones. No one wants to read War and Peace on your phone, but Edith Whartonâ€™s Roman Fever, thatâ€™s a good fit. So, for that matter is Ethan Frome. (This latter title is famous enough to be published alone. Roman Fever is part of Roman Fever and Other Stories. ) The seamless, beautiful novella, Breakfast at Tiffanyâ€™s fits right into your phone, and you can read the whole thing between Seattle and Chicago. The fact is, if it does not require physical production, the novella can be downloaded just for its own sweet self.

Curmudgeon that I have become, nonetheless I salute the new publishing and what it has meant for the novella and for the short story in general. Even if most of whatâ€™s out there is total crap, so what? For $1.99, you the reader get to decide. If you really like it, or youâ€™re a friend of the author, you might even put up a review. Is this reader review the same as a nod from the New York Times? No. But the story has been exhumed from its ghoulish existence at the bottom of the computer, and expelled out there into the ether, into the universe. It lives.

Do I think this is the new Golden Age for the short story as some pundits have written? No. In the era when F. Scott Fitzgerald wrote, all the major magazines published fiction, lots of it, and they paid very well. Fitzgerald counted on them; his stories brought in more money than his novels. In our brave new e-world, the story may be out there, but pay in any venue is a crap-shoot, or none at all, and even for the paying concerns, remuneration is lousy. I certainly wonâ€™t be renting a villa on the Riviera; the best I might do is a bottle of French wine.

But thanks to the new e-mediums, the novella is freed from anchoring a collection, freed from And Other Stories. Given the shortened attention span of readers addicted to Twitterâ€”people who might not ever read Roman Fever or Melvilleâ€™s Benito Cereno except on their phonesâ€”the story, and happily, the novella have a brand new medium in which to convey their message: the short form can be wonderfully rewarding for the reader. And the writer.

During the Golden Age of Television, and in bringing justice to the Old West, the Cisco Kid never struggled with nuanced decisions. He hardly ever sweated. He just stepped into the sunshine, caught the light on his silver-studded sombrero, and blinded the Bad Guys into inglorious submission. Why is it that the lantern-jawed hero with a pole up his Untested Courage should elicit our admiration? Where would the so-called hero be without his Sidekick? Yeah, thatâ€™s right, Pancho, the guy with the goofy grin, endlessly clowning, being always so hongry, fit company for the muchachos, but never the seÃ±oritas. Think about it. The Sidekick actually embodies the values society most needs: loyalty, candor, caution, community. Instead, Pancho offers only comic relief to the Ciscoâ€™s Kidâ€™s bravado and splendor.

Pancho was not always the grinning dude with the rumpled bandana. Once he was an aristocrat, scion of a landed California family who could trace their name back four hundred years. His courage was not Untested. He was the Macho Muchacho. He raced Death in a legendary contest that destroyed his family, and cost them the lost hacienda world they once owned.

Pancho, however, was not destroyed. On the advice, of the Talking Bull, he took his muy hombre horsemanship into the movies. But he only played Bad Guys named Chico, and Jose Gomez, and foolish roles like Dr. Zodiac Z. Zippe and Tobias Chump. In 1936 a forgettable film introduced Pancho to another bit player, a Roumanian actor Together they will become Pancho and the Cisco Kid, beloved of all the little buckaroos who tune in for hundreds of TV episodes on black-and-white televisions. Then, an accident dooms them both.

Now, Pancho, Cisco, the Bad Guys, the old mariachis wait out the Afterlife at El Rancho Stucco. Here they find solace; they nurse their wounds and grudges, mourn their unredeemed pawn tickets, and remember those Thrilling Days of Yesteryear. They wish something was enlarged besides their prostates and their hairy ears. At El Rancho Stucco day and night are interchangeable, and dreams do not require sleep. The smoke from the washtub fire ring wafts into the eucalyptus trees. A dry wind flutters the pages of a thousand paperback Westerns.

But even El Rancho Stucco is not altogether outside of time. One day a limo stops at the rusted gate. A man in a silk suit arrives with a proposition for Pancho. Perhaps the Sidekickâ€™s time has come at last.