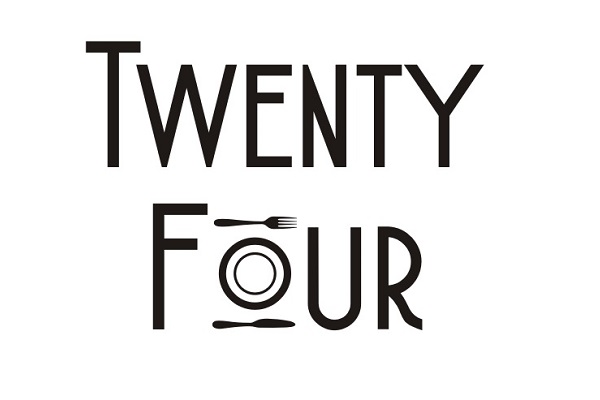 Carmen sat in her car in Archie’s driveway listening to the slow staccato of light rain on the roof, hood, and windshield. When he had first reached out to her about the shame totem pole, she had made a point of addressing him not as Dr. McNair, but as Archie, as a peer, not a superior. She hoped their collaboration would continue and she was taking this good faith measure of coming to him with what she now knew, because he was a member of the museum board and she was not. He held a position of respect and authority, and she did not. She blamed him for that. Fifteen years was a long time to blame someone else for your current life. She had taken the opportunity Archie offered her when he asked her to join him at the museum the other night and now, today, she had taken the initiative to be further involved with the history that was her calling.

What exactly did she want to tell Archie about what had happened earlier today?

When Carmen received Jeff’s texts, she’d been confused. Why would he reach out to her—a lover who had broken it off with him? Why not call 911? Or his wife? Or anybody but her? But then she realized where he was texting from—some part of the sub-basement which also held the shame pole. The pole Archie was so eager to tell her about but claimed he didn’t have access to, that only Lindsay or Catherine had the small key needed for the elevator to descend into the sub-basement.

This was Carmen’s opportunity and she took it. She presented herself to the museum director as the concerned friend, hand-wringing and all. She could barely contain her excitement as they descended in the elevator and she ceased to contain it upon seeing the totem pole, which consumed her attention until, with great effort, she remembered she was here not in her professional capacity but as a concerned friend of Jeff’s. But not concerned enough to initially continue on with the others into the next room. She used the flashlight on her phone to examine the totem pole. Pristine condition just like Archie had said. Her dilemma rose again, her dilemma between sticking with Andrew and working with Archie on the shame pole, a return to her first career, a second chance. But would Archie burn her again?

She glanced at the door propped open with the chair. Jeff had mentioned a skeleton in his text. Could that skeleton be connected to the shame pole? What else might be down here? Depending on how well her continued working relationship with Archie went, this could be her only chance. She also felt a tug of concern for Jeff—what was that all about? You’re human, she told herself, stop being so hard-edged and let yourself feel a little. But historical interest and a little humanity didn’t seem enough to explain her mad dash through the speakeasy literally trampling those women to reach Jeff first. No, to reach that storage room first. She’d wanted to discover something herself but with all these people around, any discovery was mutual. In the end, they all saw the bag of gold coins, some still grasped in Jeff’s hand; they all saw the skeleton. Carmen hid her reckless rush, and a bit of embarrassment, with her dramatic overconcern for Jeff, who seemed a bit delirious. She called 911 and was surprised to learn the police were already on the way. We need an ambulance, Carmen shouted into the phone. She was worried about Catherine’s head injury. While Carmen pretended to fawn over Jeff and Ted kept Catherine still, Lindsay hauled the bag of coins out of the tiny room, her hurt finger at an odd angle, and through the speakeasy, refusing help from Ted, and then she returned before the cops or the medics arrived.

Now in her car at Archie’s, Carmen rolled her eyes at herself clinging to Jeff until he was lifted into the ambulance and her lie to Lindsay that she would go to the hospital. What a farce—even if she was still having an affair with Jeff she wouldn’t go to the hospital and risk seeing his wife. No, Carmen had only one plan and it didn’t include Jeff and it didn’t include Andrew either, though she wasn’t thrilled to abandon her cousin completely, though Jeff and Andrew were both board members and bound to be included at some point. Or would they? What was the board’s required quorum to make decisions?

Archie was surprised when Emma opened his study door and let in Carmen. He hadn’t asked her here. Emma peered at him, letting him know she was still on high alert since he pulled that all-nighter at the museum a few days ago. She refused to go upstairs in the evening before him now. Her words still rang in his head, “You’re eighty-three years old!” as if his age corresponded to a particular bedtime.

Archie watched as Carmen, without waiting for him to indicate she should come in, let alone take a seat, crossed the room and planted herself into the second of the two leather easy chairs placed before the fireplace, the stack of wood from his morning fire now reduced to red coals in a bed of white ash. He heard the soft click as Emma shut the door.

Without waiting for him to begin or even excusing her intrusion, Carmen turned to him and said, “Archie, I saw it.” He knew what she meant. There was only one “it” these days. Her face was flush with what he recognized as enthusiastic determination. He remembered so long ago how well they had worked together. What had happened? He felt his own face flush—Oh, it had been something to do with him, perhaps. Or had she just left in an emotional huff about nothing? No, she had been committed to their research. He didn’t want to think about this. He wanted to think about the totem.

“It’s marvelous, isn’t it?” He wanted to have someone to talk with who shared his historical interests. “But how did you get down there?”

Carmen waved her hand dismissively. “Too long a story. Did you know there is a speakeasy down there? Tables, chairs, a bar!”

“Cubist paintings on the walls?”

“Really? I haven’t been in that room.”

To Archie, her words felt like an accusation, not an inquiry. “I haven’t been through every nook and cranny of that place.”

“Why ever not? Who knows where historical artifacts may be hidden?”

More accusatory words, not to mention her sharp tone. Archie thought of the staircases and narrow passageways and cold drafty alcoves and his wife’s pointed “You’re eighty-three years old.”

“You’re not losing your curiosity now are you, old man,” Carmen seemed to bite her lip after saying those last two words.

Archie thought to take offense but hell he was an old man, with all the accrued wisdom and body aches to prove it, aches that were sometimes subdued with his medicinal use of B.C. bud, as Ted called it.

Archie smiled. “No, not the curiosity. Didn’t I prove that the other night, sneaking into the museum with you.”

Carmen smiled. “Sure.” Then she frowned and Archie felt uncomfortable again. He wished he had a fire to stir up. He glanced at the charred pieces of wood tinged light red, almost extinguished. He lifted his head as Carmen spoke.

“The other morning in the coffeeshop, our conversation about the shame pole, about shame in general, I think we were looking at it wrong, both of us. I thought making Josiah’s shame public would hurt the museum’s reputation and you thought making the totem public would bring in visitors and thus increase revenue for the museum.”

Archie leaned forward, “But you made the excellent point that revealing Josiah’s shame is also revealing a debt that might have real monetary consequences for the museum, not to mention the museum’s standing with the local tribes and by extension the Tlingits.”

“Thank you for acknowledging my excellent point, Archie.” Carmen looked at him like Emma had, making him feel exposed.

“Well, of course, I-I—” Archie tripped over his words.

Carmen held up her hand, saving him from having to compose a coherent sentence. “Listen, here’s what I came here to say: Shame only has power when it stays hidden. You bring it out into the light and that light can dissolve it. Well, not just the light. It takes more than that. It takes acknowledgment, and atonement. Whatever debts Josiah incurred, they exist and have repercussions, whether the museum board acknowledges them or not. Who knows if Josiah’s debts can be repaid in full, but surely acknowledging one’s mistakes means something, especially these days.”

Again that piercing look at him. She didn’t say Josiah’s mistakes, she said one’s mistakes, anyone’s mistakes. Archie had the sense that maybe he had made some mistakes, though mostly he felt that he had just lived his life.

“Are you saying the museum should own up?”

“Yes. Well, perhaps. Acknowledging a wrongdoing even if it is too late to change the outcome is still a chance for atonement, don’t you think, Archie?”

Why did he feel like they were having two conversations?

“But what if that atonement requires giving up the shame pole? How does that help the museum?”

“Is the pole helping the museum now, stuck out of sight in the sub-basement?”

Archie didn’t want to lose that pole. “But what about your excellent concern about monetary damages the museum might be liable for?”

“I’d like to say doing the right thing shouldn’t be quantified but I’m now less worried about the museum’s financial prospects.”

“Do you know much about old coins, Archie? Because I do.” Carmen unzipped her raincoat pocket and pulled out a shiny silver coin.