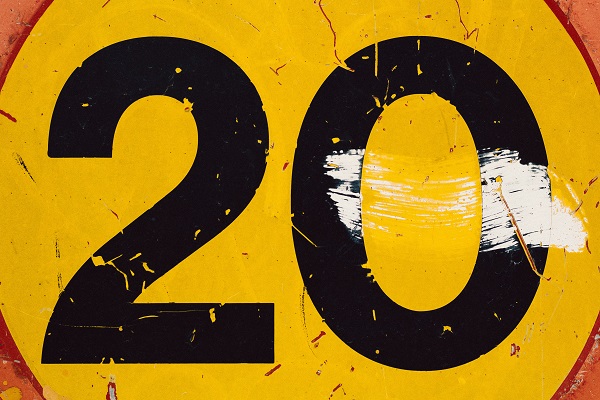 Catherine couldn’t keep her thoughts straight during the tour with the fourth graders. They were squirrely, demanding, and disinterested in anything that didn’t move, which was everything in the exhibits if she didn’t count the two flies spinning on their backs on the windowsill in the doll room.

Her mom seemed lucid that morning, although what she said didn’t make sense. “Josiah has something important to share. He’s frustrated that you won’t listen.” And then her mom started sobbing. When Catherine asked why she was crying, her mom had spilled months and maybe years of bottled up feelings. “You see me as senile and a burden, and you resent me for it. The richest part of my life is with people in other places and other times. Angie is one of the few people in my life who believes communing in the 5D is possible. She is a salve to what is otherwise the burn of my life as an Intuitive.”

Catherine had felt better about her relationship with her mother over turkey sandwiches the other night, but this was a lot to process. Her mom was an Intuitive? Who was Angie? Which Josiah? The one in the painting? Was this just more delusion? But her mom was right, Catherine had held herself back because of what felt like familial duty. She resented her mother for it.

Lindsay was returning the vase to its place on the shelf after the commotion of the fourth graders’ arrival when a sharp, “Hey,” startled her. She whirled around.

Lindsay let her breath out. “Oh. Ted. Hi. Crazy morning. Whew. You did. What can I help you with?”

“Sorry. I was over at Subdued Brews and overheard a couple moms talking about how much their third graders loved their visit to the museum yesterday. I thought they were talking about the Children’s Museum in Seattle until one of them said, ‘I can’t believe that dump has anything interesting in it. Where did they get mechanical dinosaurs?’ Maybe they meant here. Did third graders visit here recently?”

“Yes, Catherine. You’re on the board together. She’s the secretary and also a docent here. Ring a bell?”

Ted couldn’t call a picture of Catherine to mind, but he wondered if she was the one his mom said he needed to talk to. All that was hogwash, what his mom said. “Catherine,” he said scratching his chin.

“Was there something else?” Lindsay was nervous standing so close to the vase. Who knew when the floor might heave again. She scratched the back of her head.

Ted took a breath to speak. His phone rang. An attractive woman with panic in her eyes swished in. Ted stepped out of the way and said to Lindsay, “Excuse me a moment while I get this.”

“Hi,” Lindsay said to the woman, anxious about the vibe the woman was giving off. “How can I help you?”

“A friend of mine might be here, and I’m concerned he’s having a health issue.” She wrung her hands.

Lindsay was having whiplash. Who was in the building? What were emergency protocols? “Is your friend a fourth grader?”

“Does your friend have a fourth grader?”

“Does your friend teach fourth grade?”

Ted’s voice got loud, interrupting them, “The wolf in the museum? What kind of crazy shit is that?” He reddened when he registered Lindsay and the woman staring at him. He turned his back to them and lowered his voice.

“What makes you think your friend is here?” Lindsay asked.

“He sent me a text message. Well, a series of them. He said the last place he remembered being was here.”

Could she mean Jeff? Who was this woman? “Do you believe him? I mean, does he work for Feller Heating & Air or do general maintenance?”

“He’s a banker, on the board here, but I’ve never known him to spend time at the museum unless there was a meeting.”

Ted’s voice intruded into the silence, “I gotta go, Mom.” He turned around pocketing his phone. “Jeff’s here?”

Just then, a man’s wail penetrated the museum’s nooks and crannies, “I don’t want to die.” Throughout the building, metal slid, clicked, and rotated, closing, latching, and locking doors, windows, and drawers. The power went out.

“That sounded like him,” the woman said, wringing her hands again.

Lindsay scratched the back of her head. “What about his health?”

“I don’t know,” the woman said. “We had a fight a couple nights ago. I haven’t heard from him until the texts he sent earlier. They’re crazy, like he’s drunk, having a dark night of the soul, in a closet with a skeleton, and having a stroke and a heart attack all at the same time.”

Catherine had just left the dinosaur room where the fourth graders were lingering with three adults when the wail let loose. The door swung shut, locking her out. She rushed to the top of the grand staircase thinking the cry came from there. The sound of a different man’s voice spun her. He chuckled.

“Oh, Catherine,” the portrait of Josiah Disparais Walker said. “This is good fun.”

Catherine rubbed her eyes. “For real?” she asked in a small voice, eyes wide. The tall windows and the light stone of the stairs gave the room a cold blue pallor. Overhead, the crack in the dome revealed a gash of radiance.

“Je retournerais!” Josiah boomed. “It feels good to use my voice. I encourage you to try it while you have the ability and people don’t look at you like you’re a talking portrait.”

Catherine shivered. Goose bumps rose on her skin. Maybe her mom was an Intuitive. She hesitated. “Is there something you wanted to share with me?”

“What do you love, Catherine?”

“What gets you out of bed? What propels you from one day to the next?”

She looked at the floor. “I don’t know. Today isn’t the best day to ask me that.”

“Why do you spend so much time here?”

She looked up. Josiah’s eyes bore into her, and she teared up.

“What do you want?” Catherine asked, feeling poked.

“Me? Nothing. But maybe there is something you can do for you, this place, and children in the future.”

“I’m listening.” She heard a thump from somewhere under the stairs. And then a ping like a notification. She instinctively reached for her phone, but it was in her office. She had a rule to model attentive behavior when leading tours. No phones allowed.

“Find the man, Ted. He is here in the building and has been given instructions. He can be relied on to transport the item that will repair a long-ago wrong I was party to.”

“Does this have something to do with that shame totem?”

“It does, but it might not be what you think. Enlist the passion of other women. Like you, they do not yet know their roles, but they are open, creative, talented, seeking. They found their way here, so in that sense you have all arrived. You are in the right place at the right time. They, too, are tender.” Josiah winked.

“Catherine?” Lindsay called up from the first floor.

Lindsay looked up at the gold radiance showing through the crack in the dome then at Catherine. “That old portrait doesn’t creep you out with its eyes following you all the time?”

“Ah. We have some problems.”

Catherine nodded. “Like fourth graders locked in the dinosaur room?”

“Let’s add that to the list. What about this one – Jeff?”

“What about him? Apart from scared and headachy if he’s awake.”

“Maaaaybe. I can hear him say, ‘motion to adjourn.’”

Carmen thinks he wailed. His texts to her were strange, and he could as likely be hallucinating as having a heart attack.

“A friend of Jeff’s. She showed up right before the wail. Uncanny timing.” Lindsay gently tugged Catherine’s sleeve. “Come on. Let’s see if the elevator’s working.”

“I know.” Lindsay dangled the tiny key. “How much you want to bet it works even with the power out?”

“Ok. Fine. What should we do about the fourth graders?”

“Tough one. Liability or fate.”

Catherine grabbed Lindsay’s hand. “Where’s Carmen? She should come with us.”