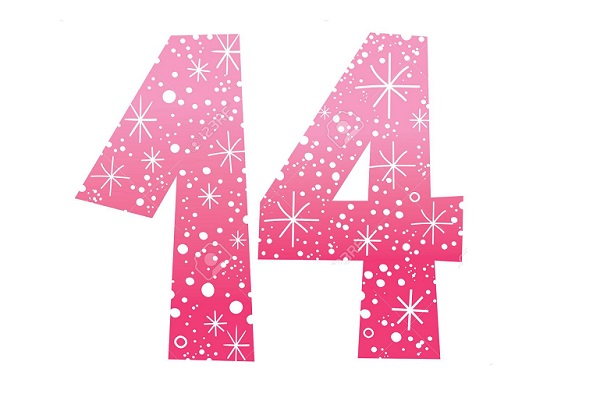 Archibald settled into his chair in the back of Subdued Brews, while his ex-student, Carmen, got their coffee drinks. He hoped the poor lighting and corner booth would keep people from looking in and spying him with Carmen, as everyone on the board knew she was Jeff’s mistress. He should get home but Emma was usually a late sleeper and he was so excited about what he and Carmen had uncovered in the old files they had found at the museum, he needed to process what they had learned first. He and Carmen needed to figure out what in the world to do next!

Carmen didn’t know her old professor/nemesis had ended up in this small college town in the Northwest when she had finally settled here, but Jeff was nothing if not a gossip and soon let it slip that Archie had retired to this town a few years ago, to be closer to his grandkids. Jeff then told Archie as well, that his old research partner, who he had unceremoniously dumped so long ago, had recently moved to the city of subdued excitement.

So when Archie saw the Shame Pole, and began to suspect who he thought the pole was created to shame, there was only one person in the country he knew he could confide in, and lucky for him, he thought, she was just a phone call away. Archie was generally a nice person, but he was always self-serving, concerned with his career above all else. Sure, as an old white man, he had been quite a misogynist in the early days. He didn’t think twice about drawing on Carmen’s expertise, and would never have guessed that she might have carried a grudge from the days at the university, he had moved on when the time was right for him, and never looked back at the brilliant research assistant he left behind. But now he needed Carmen.

They met at the back door of the museum and she let them in using a spare key that Jeff had forgotten when he stormed out. Archie knew the combo of the lock and they were in the bowels of the old, musty, mostly unused storage facility in the basement where dusty files, old maps, and older discarded museum artifacts were stored to die yet another death in the afterlife of the forgotten.

Ah, but this is the realm of archivists and historians and anthropologists, where ancient stories are stashed to be hidden and clues to old wrongs can be unearthed if one looks hard enough. Archibald remembered, as he stared at the un-weathered Shame Pole with blood-red ears and nose and incongruous mutton chops, the millionaire logger who had visited the Tongass Village. Archie suspected that the millionaire was Josiah Walker and that he met and made deals with Secretary of State William H. Seward, who “purchased” Alaska from the Russians, ignoring any of the multitude of indigenous claims to the lands. Much of Josiah’s work involved the buying and selling of lands to be logged. That he had never actually purchased from the tribes who lived there, used and claimed those forests for centuries, was beneath his notice. The tribes had probably seen Josiah as an accomplice to Seward and built the shame pole for him then. It was even more valuable because it must have been transported and stored here for decades, surviving the elements that destroyed Seward’s Pole, appearing as if it were brand new.

Carmen and Archie had spent the whole rest of the night sorting through old broken boxes with files and odd papers spilling out in all directions, they were exhausted, so strong caffeinated beverages were in order. Carmen reached over and placed Archie’s drink in front of him, pulling up a chair for herself.

“What do we do now, Archie?” Carmen blew on her hot drink and looked at him. “We can make Josiah’s shame public, but that would make stuff worse for the museum, tarnishing the name of the original founder, and revealing his debt to the Tlingit, which only puts the museum in a worse place, both financially and culturally. Debts should be paid.”

“Well, now we know why the local tribes don’t want to work with the museum.” Archie said. “It’s a shame because putting the pole and its story up for public view would sure draw in the visitors, both local and tourists alike. And that might help the museum’s revenue.”

Carmen leaned back in her chair, taking another sip of her mocha latte. She looked Archie over critically. He had aged, was almost 85, round and wrinkled and benign, not the nasty boss she had remembered. But he had ruined her life at the time. What did she want now, she mused? Did she still want revenge? He seemed harmless, sitting there drinking espresso in a Bellingham coffee house. Past his prime for sure. And he had brought this mystery, this old passion of the art and history of the Northwest back to life in her, being partners in this new discovery made her feel more alive and more useful than the scheme she and Andrew were working on, which truth be told made her feel bitter and old, just like using her body to get what she needed from boring Jeff, made her feel cheap. She was more than ample breasts and satin sheets, damn it, she was smart!

Meanwhile, chaos ruled at the museum. Lindsay and Catherine and Pete helped get all the children downstairs and with the guidance of the teachers, dressed the kids in their raincoats and hats and ready to board buses back to school. Almost all of the kids had decided the whole tour was an exciting adventure, now that they were ready to leave, and were exchanging stories about dinosaurs creeping through the halls and dolls dancing on the shelves and wolves howling in the elevator and a Great Awk and a Manatee rolling around the ballroom floor like they were dancing. And when they had looked up at the huge dome above the stairs, they all swore they could see the sun glittering through the crack in the ceiling even though it was pouring outside.

After the museum doors closed behind the last of the tour, Lindsay and Catherine collapsed on the stairs under the dome, brushing plaster dust off the smooth marble stone. Pete was about to sit down as well when the settling silence of the museum was broken by high heels rapidly descending the stairs. Toni came into view, looking unusually flustered, brushing plaster chips out of her blond tresses. She was obviously trying her hardest to make light of recent events, reassuring the two men following her that the building had passed rigorous testing for earthquake standards and had in fact been upgraded in the past year (so she hoped!). One of the men was looking nervously at his watch and the other man was clearly shaken.

Toni almost pushed right past Pete without noticing him, but he caught her arm, saying “Toni, wait!”

“Oh, Pete, what are you doing here? I’m right in the middle of a sale for goodness sake!” Toni flicked off his hand and turned to look down the hall, just as Paul and his assistant made a quick exit into the rain. “Damn, I had almost convinced Paul to buy the building when the floor began to shake. Was that an earthquake?”

Catherine and Lindsay looked up at Toni in astonishment. “You were trying to sell the museum?” Lindsay shouted, “The Board hasn’t even hired you as our realtor and we are not in the market for one! This is none of your business, Toni. We are not for sale.”

Catherine’s mouth was open. She stared first at Toni, then at Lindsay, then glanced at Pete, then stood up and started walking up the grand staircase, slowly and firmly, a woman on a mission.

Pete reached for Toni’s hand, but she brushed him off and rushed for the exit, trying to catch up to her disappearing prospects. Pete looked at Lindsay and shrugged once, then, shoulders drooping, followed his wife out the door, shouting after her “Toni, darling, wait!”

The museum let out an audible sigh, startling Lindsay, but she couldn’t help it, she was so relieved that everyone else had left, leaving her alone with the two Living ones that could be her family’s salvation, if only. Her family had done her proud, making the kids scream, more in excitement than terror, or so she hoped. Now the women who might just be able to discover her secrets were alone with her. At last, she sighed again.

Lindsay stood up and ran up the steps until she caught up with Catherine, who had stopped and was staring up at the gap in the dome. The dust had cleared, and a jagged crack split the white ceiling above their heads. Through the crack glowed the most amazing bright light, like rays of sun spilling through dark clouds and filling the whole stairwell and entryway with glittering gold. Catherine gasped and grabbed Lindsay’s hand. They both shook in astonishment as the gilded light infused the air, covered the floor and spread down the stairwell like melting butter.

The women looked at each other in wonder. They knew that the dome had not cracked fully open, that the rip in the seam of the dome had only exposed another ceiling above the white plaster. But what was that glow? That light that shone like the sun, but was not the sun? Could the ceiling showing through the crack be gold leaf? But why cover over that beautiful light with plain white plaster? None of the architectural maps either of them had seen had hinted at any space between the inside of the dome and the outside roof. And in this museum, these women were learning, where there were hidden rooms and corridors and nooks and crannies (and unexpected sub-basements) there was treasure! Now the only problem was how to get into that secret space between the dome and the roof of the museum. What amazing mysteries waited for them there?

Lindsay and Catherine looked down at their clasped hands, up into the fire sparking in each other’s eyes, and laughed in glee. It seemed as if the museum was laughing delightedly along with them.

“Well then, we’d better get busy looking for more secret entrances to this golden crawl space,” Catherine said. “Time’s a wasting and what’s been disappeared has to appear again sometime!”