Managing Relationships with Family while Writing About Them

What should come first? Publishing your memoir or preserving family relationships? Sometimes writers feel they have to choose—on occasion, they do. We’ve all heard stories about what happened when the family flipped out over a memoir someone published.

I am a rather reluctant memoirist. Frankly, it never occurred to me that I would at some point write memoir. That changed exactly on Tuesday, December 19, 2006, about ten o’clock in the morning, when my youngest sister called me from Idaho to say that the two-year-old son of our nephew’s girlfriend had been killed, and that the police believed that our nephew had done it. A few days later, our 21-year-old nephew was arrested and charged with first-degree murder.

I was working on a fiction piece at the time, and over the next weeks I kept trying to write fiction, and the scene would turn into what was happening with my nephew, Anthony. After a couple months, I put the fiction down and worked on the memoir.

I didn’t tell anyone what I was writing about. For months, I couldn’t bring myself to even talk to anyone outside of our family about what was going on. My family was sending e-mails and making phone calls back and forth, and I would save all the e-mails to use in my project. It started to really affect me, because I was spying on my family. We would have a very personal conversation, and then I would go write about it that night. I began to feel very splintered, very two-faced, betraying my family by sneaking around behind their backs to write about them. I would sort of lie to myself and pretend that I didn’t intend to publish this story, that I was just writing it as therapy. But that was a lie, and I knew it was a lie.

What I was during this time was a first-time memoirist who lacked the coping skills for being a memoirist. When I write short stories, I often take kernels of memories from my life and use them as the basis for a story—but I push and pull those memories any way I want, and mix up different memories and people with made-up stuff and made-up people to come up with plot lines that often don’t come close to resembling what actually happened. But with this essay that I wasn’t admitting was a memoir, I couldn’t change any of the outcomes. I couldn’t write the baby back to life. I couldn’t write my nephew out of jail. I couldn’t write myself or my family back to any degree of normalcy.

The case dragged on for more than a year until my nephew accepted a plea deal. Afterward, with him now in prison, we had a family meeting in Idaho. It was time to tell my family about the memoir. I was afraid that they were going to hate me for sneaking around behind them to write about them. I was prepared to quit the project and not work on it anymore. I was trying to apologize at the same time I was explaining what I’d been writing about. I was scared that this might be the last time I would see my family, because they wouldn’t want to talk to me anymore. I told them about the manuscript, and they were like, “Oh, of course you’ve been writing about this. That’s what you do.”

After everything I had built up in my mind, it was this bizarrely anticlimactic moment, where not only were they not angry with me, they weren’t even surprised, and they were even casual about it. I kept telling them that I’d been saving their e-mails and writing down stuff they did and said in private, and they were like, “Okay.”

“We don’t need to look good in the story,” they said. “Just tell the truth, and maybe someone can learn from it.”

Not every family will react as mine did. It’s only this one experience I can tell you about. However, as my family placed their unconditional trust in me, I began to realize that it was my responsibility to take the highest level of care in writing about their private lives. I started to think about the spectrum of exploitation. Yes, I’m exploiting my family by writing about them. I’ve now been paid to do so. Yes, I have their approval to do so. Yes, I’m revealing facts about their private lives in order to tell our nephew’s story fully. But I can also decide as carefully as I can when something is an indecent violation of privacy. That for me has become a guideline to apply in deciding what to include and leave out of any memoir piece I write. That, I think, is the basis for establishing and preserving the integrity of a memoir project.

Of course I don’t presume that every family will support a memoir. Regardless of their stance, I do think that as a memoirist you have a responsibility to let your love and respect for other people guide your choices. That doesn’t mean you shirk away from hard truths, but it does mean you assess as best you can and with the best side of yourself what you’re going to reveal about other people’s lives. If you do that, even though maybe not everyone will be pleased with your final result, you can, I think, begin to sleep at night.

Here are some questions I have found useful to ask and answer as I write memoir:

Write down the word “memoir.” What are three emotions that you associate with your memoir?

Now write down the word “family.” What are three emotions that you associate with your family?

Was there any overlap in the emotions you listed?

What type of memoir are you writing? A personal memoir, in which you are the central figure? A family memoir, in which members of your family feature significantly? A mix? Friends? How far outside your circle of close family and friends does your memoir extend?

Write down the names of one or two people who factor heavily in your memoir. Now write down the first emotion that comes to mind when you think about that person.

Do you feel angst or even anger toward anyone about whom you are writing? Why? Is your anger creeping into the text to the degree that it obscures the credibility of the narration? How can you adjust for that tendency to yield a text with a less judgmental tone?

If you haven’t told them already, how do you want your family and/or friends to react to learning that you’re writing a memoir in which they feature. How do you think they will react?

Have you told anyone in your family that you’re writing a memoir and what it is about? If you haven’t told them, do you plan to and when?

Try to winnow down who in your family might be affected by this memoir and why. Who are you actually writing about? Aside from anyone on your list, who else in the family might care for other reasons, such as feeling family privacy might be violated or the family embarrassed by your topic?

Who in your family will give you formal permissions to write about them. Who won’t? How will that affect what you include? (Expect a publisher to have permissions guidelines that will also affect what they agree to publish.)

This is a compound question. What particular parts of your memoir are you worried about having your family read. Why? Have you done your best to give an honest representation of the facts? Are you ready to show your material to your family? Why or why not?

Who do you think this memoir belongs to? Is it feasible to enlist your family in revising your memoir to more fully represent its truths? What compromises are you and they willing to make?

Of course, the answers to these questions will be different for each writer and for each project. I certainly don’t presume to have all the answers, but I think it’s important to keep asking the questions. 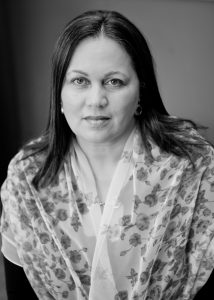 Author’s Bio:  Laurel Leigh, M.F.A., is an award-winning writer and editor and the author of the blog Dear Writers. Her short memoir about her nephew was published in The Sun
(Issue #463, July 2014, “We Should Do Something”). Another excerpt of the story was published in Clover, A Literary Rag (Issue #10, Winter 2015, “Nursey”) and has received a Pushcart Nomination.