Sean Dwyer, one of our Red Wheelbarrow Writers, has a knack for spotting the perfect place to write. For months he’s been keeping a blog aboutÂ cafÃ©s and restaurants that accommodate and welcome writers. One Saturday at happy hour we learned about Sean’s gift for picking out serene locations with good mojo and before we knew it, we’d wrangled him into organizing our first Red Wheelbarrow Write Out retreat (to be clear, it didn’t take much wrangling–he was pretty keen on the idea). Below is his blog post about our SECOND retreat. Check our Facebook page for upcoming retreats.

Thank you Sean, for facilitating some of our best and most productive days as a group!!!! 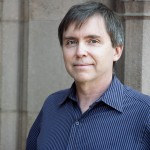 Iâ€™ve been wrestling with this Write Out post since late April, because the enormity of what Iâ€™m feeling is hindering my ability to express myself. In search of simplicity, Iâ€™m writing in the most retro setting I can create at home, by the light of three candles. Maybe the words will come now.

A couple of Saturdays ago, I spent the day writing among writers, a dozen of us in one room, and the experience has left me meditative and needing to share my feelings about writing in community.

A goal of my blog has been to remind writers that pulling away from the domestic cocoon provides, rather than removes, focus and productivity. What can you do in a cafÃ©, other than write? The temptation to do the dishes, start a load of laundry, or take a nap disappears. I have been gratified to have writers tell me that my strategy has worked for them, and on that Saturday, for the second time, I was privileged to see the process work on a somewhat large scale.

The destination of the second Dwyer CafÃ©-Red Wheelbarrow Writers Write Out Field Trip was the Jansen Art Center in Lynden, Washington, a venue whose charms I described in this post. The Field Trips go pretty far afield, because the temptation to run home can overcome all of us, and I want to make doing so just difficult enough to keep writers writing all day.

The Jansen Art Center, nevertheless, is not an exotic, distant locale. Three traffic lights and three painless traffic circles away from Bellingham, this stunningly repurposed complex deserves your patronage as an airy, bright writing destination that wraps you in a blanket of creativity in all its forms. Whether you visit alone or take along a writer friend to keep each other on task, you should schedule into your visit some time to peruse the art on the wall, which can serve as a source of inspiration for your own work.

The dozen of us settled in to write at 10am, and until 3:15, the only breaks in the sound of twelve writers typing were those of writers leaving to order coffees and lunch, which the Jansen staff kindly brought upstairs to our digs in the former Lynden City Library. I was pleased and proud to be part of a group that could maintain its creative focus for so long. I was thrilled to have been the person who worked out the details with the Jansen folks so we could spend a day doing what we most wanted to do.

We often talk about the sum of an experience being greater than its parts, and that is how I perceived our writing session. I estimate that we wrote a total of about 100 pages, perhaps 30,000 words, most of a collaborative NaNoWriMo month compressed into five hours. I raised my face from my screen once in awhile, and what I saw around me was a circle of eleven women who were enthralled by their work. I saw beautiful faces made angelic by the wholeheartedly grasped opportunity to form a bond of energy, a protective canopy under which they could all simply be themselves and create.

And thatâ€™s where writing this post, articulating what occurred, becomes difficult. We werenâ€™t reading at an open mic event; most of us read from the dayâ€™s new pages. As the writers read, one after another, I saw clearly that the talent these writers display in the revised pieces they bring to readings is already at the surface when they lay their raw words on paper.

That may sound obvious, but itâ€™s not. A lot of filtering and sifting happens between day one and the date of reading or publication. What these writers read that Saturday was already smooth, mellifluous prose, not the creaky false starts that sometimes lead writers to despair.

I would like to think that there was a collective consciousness, a synergy, that gave us all a boost we might not have felt if we had sat at home and written in solitude. I experienced something of that nature, even if it was just a desire not to be the lousiest writer in the room. I stepped up my game, because I knew I was fortunate to have been allowed to sit in that room with eleven amazing writers.

And so, I thank Tele Aadsen, Susan Chase-Foster, Jolene Hanson, Linda Lambert, Dawn Quyle Landau, Laurel Leigh, Hollie Levine, Kari Neumeyer, Janet Oakley, Cami Ostman, and Kathy Smith for creating a revealing dynamic. Janet used the time to write her acceptance speech for the mayorâ€™s award presentation. I think more such awards will come to writers from that group over the next few years.

And what have I accomplished this week, between my Writing In and my Writing Out? First of all, the nonfiction manuscript I submitted to the Chanticleer Book Review contest has been named a finalist for the 2013 Journey Awards. At the Jansen, I wrote five pages of a novel manuscript I want to finish by mid-June. I also tweaked a few chapters of the thing Iâ€™m giving a final polish for submission to a contest. On top of that, Iâ€™m working up an interactive treatise on the Spanish subjunctive. It has been in the works for a while, so I may have it out for sale before anything else Iâ€™ve written.

I also took some time to focus on another love of mine: music. I created a music video for a recording of â€œHereâ€™s to Life,â€ as sung by Mary Jane Fraser. Have a look at it: http://www.youtube.com/watch?v=WfX0ZJmIkFM

What have you written this week? Talk to you soon!

To find more of Sean’s recommendations, go to dwyercafe.com. 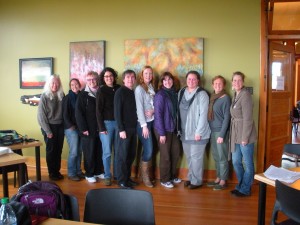