In Praise of Writer Buddies

I’m a hermit scribbler, alone in my cluttered office, pecking out my sentences, paragraphs, blogs, letters, stories, novels, memories. Scrawling, sometimes almost illegibly, in my diaries, making outlines, lists, charts. I maintain this essential myth because I need solitude to engage in those satisfying activities. To write requires nothing but the tools (computers and software, pens and paper), an alert mind, my comfy chair, and my dog and mother to force the occasional breaks that keep my body from bonding permanently to the furniture.

Yet, as far back as the Seventies, while I wrote my still-born novel, I craved the company of other writers. I was so nervous and excited the first time I attended a writer’s group. I was out of my league. The focus in that group was on finding publishers; what to write that would sell was their big topic. Mid-novel, I needed to write, not to learn marketing. Not the group for me.

Later, at college, I took workshop style writing classes, and learned the etiquette of issuing and receiving polite critical feedback. Other small writing groups, often with a poetry focus, emphasized appreciation, favoring oohs and ahs over questions and critiques. Working at a community center, I facilitated writing groups. Again, there was lots of praise, often for memoir topics that sometimes put me to sleep. By this time, I’d finished my comedian novel and was starting my third novel. I recognized my need for a writing community, but hadn’t found the right one yet.

A few years ago, I began venturing out of my hermit shell. I talked to friends and acquaintances whom I knew to be writers. Over coffee, we discussed our word-loving lives in general, at great length. What a relief to know other people were experiencing the same joys and frustrations. Needing writing pals, I tried a little critique group that wasn’t the right fit for about a year; when it folded, I was relieved. Taking writing classes at the community college, I discovered a large active local group of writers and publishers. I began attending their monthly dinners. Anti-social as I am, I wrestled myself into going, month after month. You need this, I told my hermit self. I talked to strangers, some annoying but most pleasant and helpful. I made friends.

Then, magic! A tiny new group began to meet; gradually, we’ve coalesced into a trusting enthusiastic foursome of skilled writers. We meet every two weeks. Praising, questioning, and suggesting changes, we work through one another’s novels in progress. We are more than readers; we’re happily involved in one another’s stories.

More magic! I’m doing caregiving work now for an elderly writer friend; we bonded long ago over our craft. And, then! a dear long-lost friend moved back to town; turns out, we’ve both been writing all these years. We have a pair of well-matched writing projects, both in need of some meta-editing. Totally thrilling! I have writer friends, a critique group, and writer partners! I’m in writer-buddy heaven! 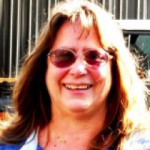 Alice Turtle Robb has been writing since early childhood, and has two novels almost ready for publication. One of her novels is about a woman comedian. The other is about a lady with Alzheimer’s who gets lost in Seattle for three days.  She has a BA entitled The Art of Communication; Writing, Talking, and Laughing from Washington University, Fairhaven College. She has also worked for twenty years as a professional caregiver.