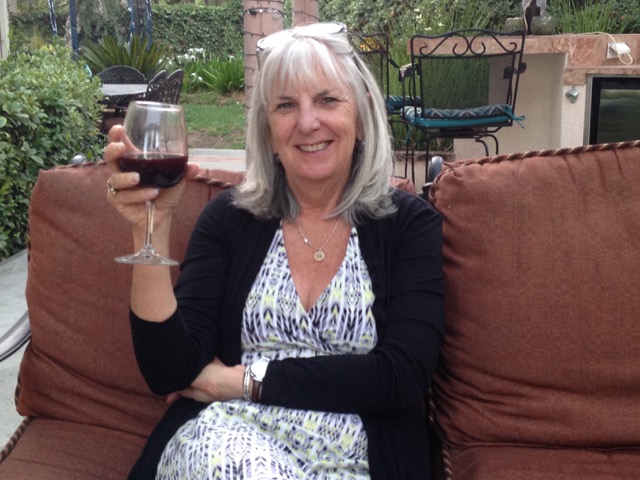 This summer as I visit the Idyllwild Arts program, I realize that it has been twenty-five years since I first visited the campus. I am accompanying my friend to a jazz concert in which her teenage son is performing. The first time I came as a student myself. Only I was no gifted musician, nor was I a teen. Instead I was a newly married woman in my thirties with an extended summer vacation to fill. I perused the offerings at Idyllwild; music, pottery, drawing, painting, sculpture, writing. I did not think of myself as an artist. Rather the idea of a week in the San Jacinto Mountains exploring something new appealed to me. I signed up for a creative writing workshop, a decision which has impacted my life far more than I had imagined.

The workshop was taught by a poet who worked as an artist in the schools. Twelve of us sat around u-shaped tables and introduced ourselves. At least half of these men and women were published, even the teenager who sat to my right. The instructor announced that we would do a short 10-minute quick write. She looked at each of us in turn and mouthed an individual word. Although I no longer remember that instructor’s name, I remember my word, slowly. All I could think about was how much better off I would have been in the pottery workshop. Yet somehow I wrote the word at the top of my page and scribbled what turned out to be a tension filled piece.

During the week, our instructor cultivated our writing and our bonding through a series of writing prompts. As we participated in her “out-of-the-box” exercises, we were encouraging our unique voices to emerge. She taught us to get out of our own way, to let the writing emerge naturally. A group of us continued in a monthly writing group of our own for about a year until the demands of life, the limitations of crossing the vast Los Angeles area bogged us down more than it uplifted us.

It was our instructor who first introduced me to Natalie Goldberg. I became a devotee of Writing Down the Bones, and kept my hand moving as I lulled monkey mind to sleep and accumulated journal after journal of writing practice. I joined other groups, took the occasional class, but never really thought of myself as a writer. A writer was someone else; someone disciplined, someone with a story to tell, someone published. I was none of those things. I just enjoyed the company of writers. Most of all I enjoyed having a prompt thrown out, a timer set, pens scratching across the page until time was up. I marveled at the myriad ways in which a single word or phrase landed in our hearts, drawing a unique story into the world. I still do.

As a recent retiree, I moved to Bellingham and began the process of forming a life within a new community. I signed up for a Flash Fiction class at Whatcom Community College. Through that class I met other writers, became a part of the local writing community. This year I volunteered at the Chuckanut Writers Conference. During an interview with Jessica Lohafer, the conference chair, I was asked the usual questions writers get asked. What do you write? Why do you write? I told her I mostly write memoir, but I’m not sure I need to be published. While the validation of being published would be affirming, I balk at the work needed to achieve it. For me, it’s all about spending time in the company of writers, listening to their words. My heart opens as they share sacred thoughts couched in language that causes me to stop and think, “Yes, that’s exactly what heartbreak is like” or “I’ve never thought of that feeling as a color before, but you’ve nailed it.”

Jessica smiled and assured me there is no need to be on the publication crusade. While I know I don’t need Jessica’s permission, or anyone else’s, hearing that truth was somehow liberating. It even allowed me to think of myself as a writer.

Author’s Bio:  Debbie Brosten is a retired teacher, an inveterate traveler and a sometime writer. While she has had a few short pieces published in local publications, she has no book sitting at the back of her closet waiting for discovery. Instead she participates in two writing groups to keep her creative juices flowing. She also began a prompt writing group at Village Books. You can find her there at 4 pm on the second and fourth Monday of the month, when she isn’t exploring distant lands. Wherever she finds herself keeps an ear or an eye cocked for an unusual phrase that may or may not find its way into her writing.