Forward with Strength: Finding Inspiration in a Holocaust Survivor 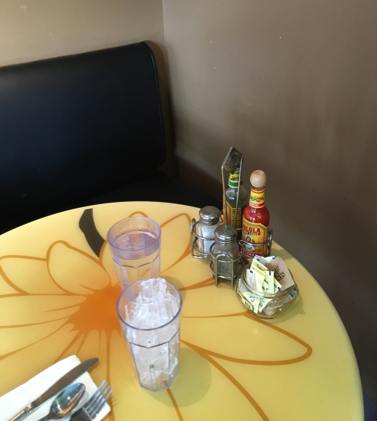 It all started at the Daisy Cafe. It all started at this exact table across from the cash register. Fred was sitting there in the corner with Sylvia to his right side. She introduced me to him and I think we shook hands . . . but I’m not positive. I had seen Fred one other 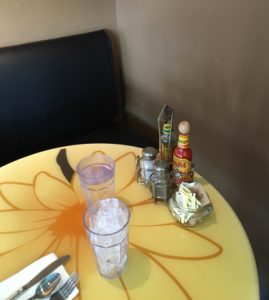 time at the Health Department on State Street.

In that brief introduction, in the quick real or imaginary handshake, something was imparted that would begin to inspire. And inspiration was what was needed to sustain a five-year writing effort. If you want the complete story of why I wrote Fred’s biography, you’ll need to read the book. It’s due out in November and called Yishar Koach: Forward With Strength. Beyond this initial meeting, there’s a coat of many colors and a love story that really grabbed the author’s heart and attention.

Elie Wiesel said that the story of every survivor should be told and I agree. The traces of Fred’s life were still accessible thanks to the audio and video tapes he preserved and to his friends and family who were still around to talk to and share their unique perspectives on his life.

Ferdinand Fragner was a remarkable person from just about any angle. He spoke some seven languages, sacrificed everything he had to fight the Nazi regime, survived five terrible years of hard labor and little sustenance in the Buchenwald Concentration Camp, and came out of the war with a heart to help the war orphans of Aglasterhausen to begin lives of renewed hope.

This blog post promised a bit more on my book but I’m still embroiled in the challenges of marketing. Yesterday, I had an exciting moment when I received my Kirkus Reviews’ review. It was very positive even though I was dinged for using certain populous resources that are not considered up to academic research standards. My answer to that is–cue Gene Pitney–“She’s a rebel and she’ll never, ever be any good. She’s a rebel and she never ever does what she should.” But just because I don’t always follow hallowed academic paths, my populous paths ring true.

Truth . . . now that’s the holy grail of writing and I feel comfortable with my choices, sometimes finding that Truth is a bit of a hippie. To hell with convention if those conventions confine more than set us free.

Okay. I confess that I used Wikipedia as a reputable source of information. I did so because I love the idea of Wikipedia. Along with Wikipedia, I also imagine a world in which every single human being can freely share in the sum of all knowledge. Anyway, back to Fred’s story.

The centerpiece of the book is the chapter on Aglasterhausen. Sure, everyone wants to know about Fred’s time in the Czech underground, his capture, and his five years as a prisoner at Buchenwald. But after his liberation he was made the principal at Aglasterhausen, one of the United Nations’ schools for war orphans. It was there that the children gave him back his life and he likewise did the same for them. Fortunately, Fred left a detailed scrapbook that vividly tells this part of his story in his own words.

By the way, did you know that only one percent of all Jewish children in World War II Europe survived the war? That’s right. One percent.

When I started writing Fred’s story, the world didn’t seem such a dangerous place as it does today. But Fred was already cautioning about the rise of hate groups long before the signs were so obvious. I hope you’ll consider reading my book. It’s a cautionary tale. Fred always said that the most important life lesson is to have respect for your fellow human beings even when you don’t agree. It still holds today. Can you imagine a world where everyone showed respect for all?

Author’s bio:  Susan Lynn Sloan is an author and communications specialist who has lived in Maple Falls, Washington since 2004. Susan was born in Chicago and she’s a 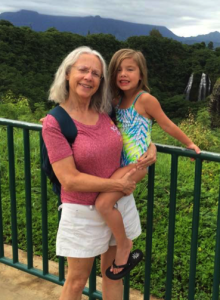 transplant from northern California. Her interests include family, gardening, snorkeling, books, and film. Her biography of Holocaust survivor, Fred Fragner, is due out this fall. It’s called Yishar Koach: Forward with Strength. Susan is hoping it will inspire readers to understand the importance of persevering even in the midst of the most daunting challenges.