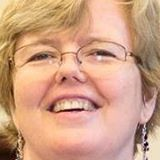 Is it wrong for a white woman to write a novel that includes black characters? I keep hearing people – locally and internationally – saying yes. Lionel Shriver recently said no. Her speech at the Brisbane Writers’ Conference stirred up a hornet’s nest of criticism and counter-criticism. Both sides erected ugly straw men versions of their opponents’ positions and then knocked them down. If we listen to both sides more carefully, though, we may find considerable agreement.

First, I’d like to set aside the issue of whether writers have the right to write about various things. I often read or hear the thought that “I can whatever I Goddamned please. No one’s going to censor me!” The word “right” is ambiguous. But it is clear that (at least) American writers have a constitutional right to write about anything, and the same constitutional right to express outrage at the writing of others.

But we need to distinguish the question of whether someone has the right to do x from the question of whether doing x is wrong. I think we can all agree that some writing and other speech can be morally wrong. Donald Trump has a right to talk about grabbing a woman’s genitals against her will, but such talk is still wrong. Similarly, fiction can be morally wrong if it describes minority characters in stereotypically and inaccurate ways. E.g., Westerns portrayed Native Americans as blood-thirsty and cruel. So, I think we can agree that some portrayals of characters, even if protected by First Amendment rights, are morally wrong.

Maybe we can all agree on this point. Maybe even Shriver’s most vociferous critics will agree that it would be absurd to tell white, middle-aged, straight women to write only about white, middle-aged, straight women. Surely interesting stories happen when people encounter others who are different from themselves and deal well or badly with them? Surely, trying to get into the mind of someone different from ourselves has the potential to increase our empathy? As my friend Laura Rink says, any constraints on who can write what diminishes the pool of art and creativity.

If we all agree on this, I can stop. Bad portrayals of people from other groups are morally wrong. Good portrayals are fine. We might disagree about whether a particular portrayal is good or bad – e.g., about whether Shriver’s The Mandibles or Stockton’s The Help do a good job of portraying their black characters, but that seems to be a subject for another venue – e.g., for detailed critical reviews of the particular works. I would urge that an imperfect but well-intentioned and carefully researched characterization should be critiqued as imperfect but not held up for moral opprobrium.

But I do get the sense that some of Shriver’s critics do want to argue that whites should not write about black characters at all, not just that they shouldn’t write stereotyped or distorted descriptions of black characters.

According to Yassmin Abdel-Magied, the woman who walked out of Shriver’s speech in protest, “It’s not always okay if a white guy writes the story of a Nigerian woman because the actual Nigerian woman can’t get published or reviewed to begin with.”

Here is the charge of cultural appropriation. Whites, even when they do it well, shouldn’t write about blacks because when they do so they are taking something they have no right to, they are depriving others of something that belongs to them.

There are lots of wrongs that white people have done and continue to do to members of other races. We should acknowledge and address those wrongs. But this is not one of them. This is the wrong target.