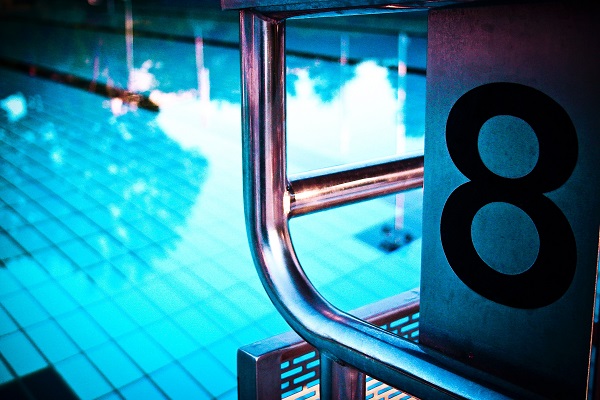 Delia Woolf agreed to discuss the construction project with Bull while they walked Cherry in the park. “Cherry has buds, see,” Bull had said. “It’s her morning ritual, you know, constitutional and then a romp with pals. We can take my truck.”

“I keep books,” she’d said, looking around at Phil and Audrey who were still commiserating about the mess they had to clean up earlier.

“Yes, I fed them, what’s your point?” she had practically yelled.

“Tim feeds the animals, and walks them, and loves them….” Audrey had said, still balancing the plate of cookies she’d baked for Tim. “I’m worried about him. He’s been nothing but consistent. And now….” she said, running a hand through her puffy white hair, worrying her brows, “he’s gone.”

Delia had straightened, standing up taller, feeling above everyone now. Partially because she was taller than them in the heels she’d bought on 5th Avenue, but also because Phil wasn’t stepping up. What a wuss. Thinks he’s in charge of this shithole. She thought of New York and suitcases of bundled hundreds…and Russians. Hardly!

“Yes, our dog whisperer, where is he?” Phil had said. “We need him like a rain break.” He turned to look out the dirty windows, the blinding sunshine attempting to penetrate the shelter.

“I fired him!” Delia said. “He was eavesdropping on me. And he’s a letch. Haven’t you noticed. Back to work, everyone!!! Ready, Bull?”

As she left the building, she could hear Phil calling after her. “He’s like…a helper. You can’t can helpers.”

Delia pulled into the parking lot at the off-leash dog park. She turned off the engine and slipped off her heels. She kept a pair of high-tops in the back, for just such occasions. Though there hadn’t been any such occasion since she’d come to the PNW.

She brushed dog hair off her pencil skirt…hair she now found everywhere. When she felt satisfied, or at least no longer grossed out, she opened the door and stepped out. That’s when she saw Cherry trotting toward her. Bull, his blond ponytail swinging side to side, strode along quickly behind his dog. Both were good looking. Cherry in a well-groomed way, if you liked dogs, that is, and Bull in a crooked way. Maybe a bit smarmy like some of her father’s friends back in New York. But thank goodness, no combed back hair, just fine blond hair brushed into a ponytail. She blushed at the thought of running her fingers through it. Was she attracted to him? She locked the car door and started across the parking lot toward the path.

Bull waved, grabbing his dog’s collar as Cherry almost ran a woman over. “Sorry! Come on, girl,” he said. “Not everyone likes beasts as big as you.”

“No problem,” the woman chirped.

Bull followed her with his eyes, thinking he recognized her voice, but from where? He hadn’t been many places since he’d been released. Then it came to him, the tattoo parlor.

“M.T., hey,” he called after her. “It’s me, Bull. And Cherry. Remember? He raised his arm, pointing at the fresh tattoo. “I got her back. There’s someone I’d like you to meet.”

M.T. stopped, lifted her hand to the starburst of sun flooding through the trees. “Oh, Bull. Nice to see you again. I have an appointment. Got to get back. Another time, okay?”

“Sure. I’ll bring her by. Great seeing you.”

Delia slipped on her sunglasses, blocking the brightness. That’s when she saw a woman walking quickly away from Bull, and Tim running toward Cherry. She followed the woman with her eyes for a moment. Shrugged, then turned back to Tim.

What’s that little creep doing here? She remembered what he said he’d overheard while lurking outside her office. Tim was a liability. A bleeding heart. A little snot wanting to save hundreds of stupid chickens.

Delia shook her head. Now that he knew about the $50,000, she’d have to win him over, otherwise…but she hated chickens more than yapping dogs and mewling cats!

“Cherry,” Tim cooed. He clicked his tongue and slipped something from his pocket. It was at the same moment he turned to Delia, almost as if he’d known she was approaching from behind. He stared straight at her, raising his hand inside the pocket, which lifted the light coat in a way that was reminiscent of a Russian mobster threatening a victim with a gun.

Delia stopped in her tracts. She wasn’t naturally jumpy, but when the Russians took over the mob scene in New York, she’d heard the worry in her father’s voice. Would they come after her? New York, where millions of people were packed into a bustling landscape, could turn dangerous in an instant. Imagining Tim with a weapon made her legs go weak.

But then Tim reached his hand toward Cherry, who was jumping around obnoxiously, and barking loudly. He held out his other hand, making a gesture. Cherry sat and waited for a signal. Then the Shepherd took the treat from his hand, crunched it up and licked Tim’s face. He ruffed up her fur and patted her head. “I took care of you,” he crooned. “You’re my fav.”

Delia walked up to them, a big smile plastered across her face. “Not to interrupt this happy reunion, but I don’t have time to dally. Tim,” Delia said, nodding curtly. “Bull and I are taking a walk. You joining us?”

“What?” Tim said, looking at his shoes, keeping a hand on Cherry’s head as if to steady himself. “But…”

“But what? I misspoke. Come back.”

Tim tried to speak but only sputtered. Did this mean she’d drive the truck for the Clucker’s raid? Had she forgotten that he’d overheard her on the phone and how he had promised not to tell if…. It was for the animals.

He wasn’t stupid, but also, he knew nothing about large sums of money. Nor crime for that matter. He seldom had any money. In fact, his mother only gave him a bit now and then when she had extra suiters…that’s what she called them. Not johns, but suiters. It disgusted him.  But also, he felt sorry for her. She looked terrible these days. Dark circles under her eyes. And she had developed a cough. Just this morning he’d heard her hacking away early on; that’s when he slipped out the door without any breakfast. He didn’t have much to do now…no school, no so-called job, and there were those sorry chickens who needed his help. Did activism pay?

“Sorry,” Bull said, eyeing Delia. “Fired? He’s good, you know. Even cleaned Cherry’s teeth. My man,” Bull said. “I’m good at reading faces and I see that Delia here respects you. I think you two can come to an agreement.”

Delia huffed. “Come back. I’ll see about a small stipend.”

Bull looked from Delia to Tim and back. “Settled then,” Bull said. “Cherry’s growing impatient. And we’re losing our sun. Let’s walk.”

He handed the leash to Tim, who stepped in line behind them without another word.

Bull was a man with crime experience. But unlike the man he’d read about in the news, who arrived to take his cat home from some shelter somewhere, he’d never dress in full military gear and carry a fake gun. No, Bull wasn’t the dangerous type. He was the super-efficient-cat-burglar type. Yes, he’d done time. But it wasn’t for an aggressive act. He loved taking from the rich and giving to the poor. But a fake gun would make Delia pay attention, wouldn’t it? He knew she was up to something. It was written all over her face. And Tim…he had a secret too. What was that boy up to?

As they followed the path along the pond, Delia explained that the shelter needed more room. They were working on fund-raising so they could add on. And she had an investor that might be willing to donate a large sum of money. “Thus, we can start soon…if, that is, I play my cards right.”

Played her cards right…yes, a good term for gambling with an idea. “When do I start?”

“Let me get the rest of our crew on board…I’m not in charge, you know.”

Delia felt happy about that. And she felt happy walking next to Bull. “Hey, you said you were going to introduce me to your tattoo artist.”

“Funny, I just ran into her. She had an appointment. We can walk over there after we walk. It’s just a block that way.” He pointed to the north.

“Sure, then I’ll head back to the Animal Farm. Books don’t wait, you know.”

They walked the path down to the end of the pond and turned around. On the way back to their vehicles, they turned off on a side street. Tim followed behind, walking Cherry, stopping to pick up her poop, giving her treats when she followed commands, and talking to her.

Bull said, “I can take her now. We’re stopping by Tattoo Confidential. I want Delia here to meet my artist, M.T.”

“I’ll tag along. Nothing else to do…except clean the cages at the shelter later.”

Delia made an irritable noise in her throat, then cheerfully said, “Yes, tag along.”

As they approached Tattoo Confidential, Tim noticed a car parked, not in the parlor’s parking lot, but down the block a bit to the east where beyond big black clouds piled up on the horizon. “Rain,” he thought and then he said, “Shit!”

“Nothing,” Tim muttered, not moving as Cherry kept going, tugging him along.

But then, Delia saw it too, and stopped in her tracts. On the side door of a white Tesla was an image of a Rhode Island Red, with the script beneath it reading, “Clucker’s Poultry Farm.”