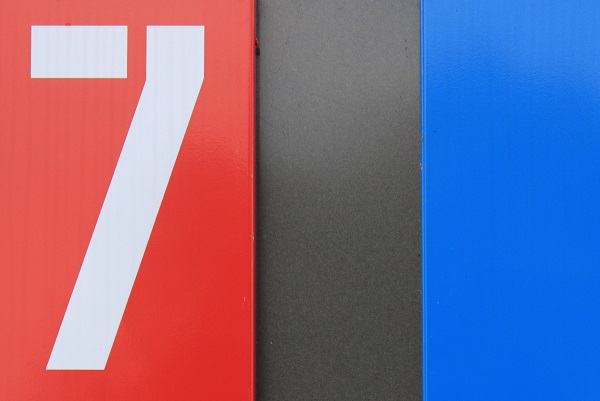 Tattoo confidential! How fitting a name for her need for privacy. She had worked hard to keep her identity hidden and was happy that Carson Fox didn’t care for her paperwork at all. This job would get her back on her feet and give her much needed independence. M.T. had had a romantic idea of marriage as a vehicle that would get her through good times and bad times but found herself stuck in the mud of everyday duties. It hadn’t been laundry, shopping and cooking she had on her mind when she married her high school sweetheart. He turned out to be anything but sweet and their relationship soured quickly. M.T. found fewer and fewer moments where she had the place and some time to herself. She wanted to paint and become a real artist. When creativity left the building, she feared it would never return.

One day, she had just stocked the fridge with the cheap beer he liked, when her husband took out a can and opened it. The liquid foamed out over his hand and onto the floor.

“This is piss warm.” She couldn’t believe how stupid he was.

“I just put it in the fridge.“

He still stood there with the can in his hand. “Why didn’t you buy cold beer?”

“Why don’t you go to the store yourself?”

She should have known better than to talk to him like that in front of his friends. She couldn’t back up now. Couldn’t let his friends see him treat her this way without any consequences. She wasn’t prepared for what he did next. He raised his can and poured the beer on her head. She felt the liquid running down her neck and was glad it wasn’t cold. She heard his friends gasping and holding their breath. For a moment it was quiet in the apartment. Then they broke out in laughter as if this was the best joke they had heard in a long time. With a wide grin he turned to his friends celebrating his superiority over his wife. She used the moment to open the door, fearing he would grab her, anticipating his fists in her hair to pull her back. But he didn’t. She turned to see him cracking up with his friends and quietly closed the door behind her. Then she ran. She ran and ran until she was sure he couldn’t catch her.

She never went back. Not for her clothes and not for any of her art supply. She moved as far away from him as possible without leaving the country. She was still married but she couldn’t bring herself to see him again. What for? She sure as hell would never ever marry again.

She was glad to have this job and set up her workspace out front. Carson hardly ever left his office in the back and when he did, he locked the door. M.T. first thought he mistrusted her. But after two weeks, he had given her the keys to the place and she forgot about his office. One place less to clean up after work.

This morning he had surprised her showing up early. As soon as he had closed the door behind him a new customer entered. M.T. asked her if she wanted to make an appointment. Her day was full as was the rest of the week. She already had returning customers. This was great but M.T. wished she had an open spot right now. This woman was something else and M.T. wanted to put her finest design on her the moment she saw her. A butterfly on her collar would look great on her.

But it turned out she already had an appointment with Mr. Fox. As she led her to the back, M.T. wondered who she might be. She was too young to be Carson’s mother and too old to be his lover. M.T. had never knocked on his door before and wasn’t sure how to do it. She could barely hear the knock herself and was embarrassed the woman might think she was some timid girl. She decided to knock again, louder this time, but the door swung open and a smile appeared on her bosses face she had not seen there before.

“No worries. You are in good hands here at Tattoo Confidential.” He closed the door behind her with a brief nod to M.T. “Here we do not reveal our customer’s names nor which tattoos they chose nor where they wear them.”

Some customers had to come back several times to have their design completed. M.T. had the impression it wasn’t so much the body art that brought them back but the procedure itself, being tickled by a woman who operated a needle. As if applying the tattoo gave them access to their feelings rather than providing a shield in permanent colors.

A tattoo was an excuse to have someone touch their body, M.T. thought. And the big advantage compared to a massage was that a tattoo gave them something to talk about with their buddies. For days they could talk about which design to get and afterward they had something to show for. A tattoo gave a man an opportunity to talk about himself. Other times a tattoo session felt like a spiritual journey. Whenever M.T. looked up from her work in progress, plodding away the blood seeping through the skin, she would catch a glimpse of her customer in a trance.

When lunch time came, the mysterious woman was still in Carson’s office and M.T. wondered if she should let him know she was going on her break. She thought better of it and simply locked the entrance door when she left. She bought a yogurt with strawberry flavor at a minimart and, equipped with a plastic spoon, took it to the nearby park. Grateful for the rays of sunlight penetrating the clouds, she took off her jacket and slung it over her shoulder. The rose on her forearm gave her a sense of ownership and made her feel good about her body. Folks eating their lunch or basking in the sun had taken up every space on the benches she passed. She shuddered when a whiff of their convenience food made its way to her nostrils.

Finally, she came upon a bench occupied by a tiny introverted person, a boy. He sat bent forward, his elbows resting on his thighs, like so many boys with their phones, gambling their youth away. She sat down and put the jacket next to her to claiming the space for her lunch break. M.T. enjoyed the tranquility of the moment, savoring the fact that she would not need to make conversation with anyone. She took a deep breath and looked up at the clouds. The sky’s is the limit, huh? She was confident that one day she would open her own tattoo parlor and take some of the customers with her. Like that guy who had wanted her to draw his dog’s face on his biceps. He was not her type at all, but something about him made her believe that he was a good customer. Someone who would return for years to come.

M.T. took out her lunch, pulled the lid off and scooped out the creamy yogurt. The color reminded her of the walls in her childhood bedroom and maybe that thought was the reason she was repulsed by the flavor. It had the taste of soured milk and definitely was not strawberry. She looked at the picture of the fruit but now she saw it was sitting on top of a cake. The label told her she had picked strawberry cheesecake flavor. What the heck? If she wanted to eat cheesecake, she would have bought the cake.

She was about to throw the yogurt into the waste basket next to the boy when she heard him ask, “Are you not going to eat that?”

She looked into his hungry eyes and her cheeks flushed. His eyes fixed on the yogurt, he didn’t notice her embarrassment. “It’s strawberry cheese cake,” M.T. warned the boy about a cake pretending to be a yogurt.

M.T. spun her forearm out toward the boy who took the yogurt without hesitation.

She was about to offer him her spoon when he drank the cake straight from the container.

While the boy’s head was tilted back, she had ample time to study him. His shirt and jeans were clean then she noticed his shoes. They were not the kind over which boys lose their shit. M.T. had watched her younger half-brother obsessing over the right brand. This boy was not like her brother at all. Sadness came over her. She missed her brother. She had sacrificed her brother to get away from her marriage. She could not visit or contact him without risking him telling her husband. She watched the boy use his fingers, licking them until the container was clean as a whistle.

“What are you doing here? Don’t you have school?” Shit. She sounded like a teacher or worse like her own mother. M.T. hoped that the rose tattoo on her forearm looked cooler than she sounded.

The boy got up and dumped the empty container in the trash. “I had the opportunity to make the world a better place but I got fired.” It all came out at once as if vomiting into the waste basket. He scanned the park as if looking for a better place when something caught his eye. “Gotta go. Thanks so much.”

M.T. looked at her watch. Time to go back to work. She got up and was almost run over by a dog, his tongue hanging from his open mouth. She was still trying to get her bearings when she heard a familiar voice yelling, “Come back here.”