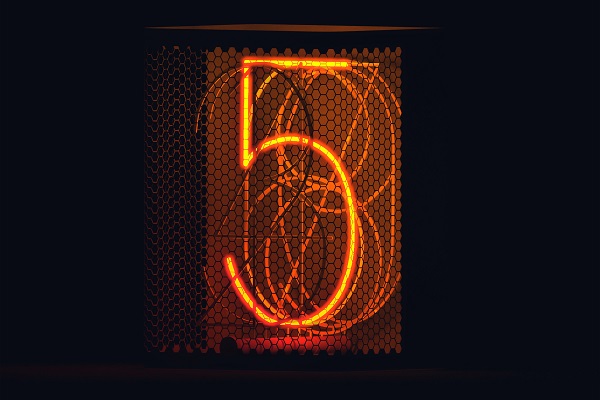 Delia had been a powerhouse in New York City. She easily juggled college classes, her work as a fundraiser, and her single-woman-in-the-city lifestyle. Though her evenings often went well into the morning hours, she was always ready to take on the new day. Her habitual coffee shop, Big Apple Eats, was used to seeing her soon after they opened, dropping by for her customary flat white and avocado toast to-go. Those were the invigorating years.

Ever since she’d agreed to join her dad in this god-forsaken location, though, her energy and drive had oozed away, melting in the dismal, damp, grayness of her new surroundings. Keeping the books in an animal shelter—unbelievable! Delia felt a flicker of interest whenever she thought about her dad’s big plans, but the day-to-day tedium, accompanied by intolerable yaps, barks, and screeches from the animal residents and the on-going blather of her inane workmates was wearing her down.

This morning, though, was different. At 7:45 a.m., way earlier than anyone else would arrive, Delia slid her key into the office door and started her inspection. She’d been awake all night, churning the events of the previous evening over and over.  What did I miss? Does anything look out of place? I checked a dozen times—but a thirteenth go-over would have been good.

Everything was in order, of course. Precise, efficient Delia hadn’t missed a detail. However, there was one thing she hadn’t considered. As Delia settled herself in to begin the day’s work earlier than usual, the noise level around her began to build. It began in the cat house—the animal area closest to her desk. As the felines’ caterwauling grew in intensity, the dogs joined in from their pens. Good God! That cacophony is intolerable. What do those wretched creatures want?

Delia pretty quickly figured out the answer to her question. Of course, the key in the lock was a signal to the animals that a human was about. That Tim was about, ready to feed them, water them, exercise and play with them—whatever it was that started off the day for the animal residents.

Well, Tim wasn’t about to appear, that was for sure. Delia knew that no one else would arrive for at least an hour. Delia didn’t concern herself with the animals’ discomfort; she did wonder if she’d be able to even hear herself think.  And. In particular, she didn’t want the volunteer staff to walk into too much chaos. That would start up the Tim questions too quickly.

So, averting her eyes and holding her breath (a troublesome combination when trying to complete unfamiliar tasks) she headed to the dogs’ area, found a hose, and stuck that hose into each cage to fill up the water bowls. She scooped a scoop-full of dog food into each empty food bowl. There were several different varieties of dog food to choose from, but really…what difference would that make to the dogs? She closed her eyes and held her nose in reaction to the dog poop in the pens—that was a line she just would not cross.

From the dogs’ pens she moved to the cat house. Seeing no real reason to change, she continued scooping from the same dog food bag.  Really—would it matter, just this one time?

By 9:00 a.m., before any of the volunteers arrived, the animals were temporarily placated, and Delia was settled in at her desk, working her books, just as she did every morning.

Phil Pike was the next to arrive that morning. Now that Tom Lyons was spending less and less time at Animal Farm, Phil was again trying to assert himself as the most likely leader of the group. After all, had any of the others even started an animal husbandry course? Phil was a bit put out. Arriving just a bit after 9:00, he assumed he’d be the first in that morning. Well, first after Tim, but a high school student hardly counts in the “who should be director” conversation. Whatever was Delia doing here so early? As Phil entered, Delia looked absolutely riveted on the books in front of her. He started up the coffee pot, checked his inbox, and hung around the communal office space, putting off starting the day for a few more minutes. He deliberately ignored the already busy Delia in her corner space.

Lynn was the next to walk in, arriving by 9:15. It seemed that everyone was intent on getting started on their tasks at Animal Farm. Lynn, who was tuned in to all dogs, not just her two Great Danes, sensed unrest among the doggie guests, even though she couldn’t see the dogs from the office area. She could also smell their accumulated poo. Something was definitely amiss.

Last, but not especially late, Audrey swept through the door. Completely oblivious to Delia’s concentration on her tasks, she commanded, “Come! Come! Let’s gather around Delia’s desk. I’ve been thinking all night, and I want to share my ideas with you.”

PHil, carrying his delusion of leadership, was put off by the directive. But he was more curious than offended, so everyone grabbed a chair and attempted to assemble in the very small area known as “Delia’s office.”

Delia, never wanting much interaction with the others at Animal Farm, and certainly not on this day of all days, had no choice but to be grudgingly gracious about the bodily intrusion. She chose to ignore Lynn’s “Do you all smell that nasty smell?” query.

“So, what’s up?” Phil inquired, figuring he should, at least, grab some measure of control of the impromptu meeting.

“We can do it; we really can do it!” Audrey replied. “I thought about our financial needs all evening and about Tom’s suggestion we hire someone to help with fundraising. Even if that person worked for just a percentage of what was raised, we’d have to share with him or her. But we can do it. All on our own. For an investment of just twenty-seven dollars. I kept remembering my nephew Dougie saying over and over, ‘You can find whatever you need on the web. The answers are all right there, you just have to look.’ So, I did. I typed in ‘How to raise money for animal shelters,’ and this popped up.”

She continued. “There’s this man on the internet who says he can guarantee a successful fundraising campaign, even if you’ve never done one before. Guaranteed! All you have to do is buy his twenty-seven dollar download and you’ll have all the strategies and answers and plans—well, everything needed to get started. Surely, we can afford twenty-seven dollars. Why, if each one of us four donated just six dollars and seventy-five cents, we’d have it covered. I move we each donate six dollars and seventy-five cents right now. Do I have a second?”

The Animal Farm staff rarely had meetings and they certainly never followed anything remotely like Robert’s Rules of Order, so a second was slow in coming. Finally, mostly to break the confused silence, Phil, desperate to show leadership potential, said, “I second the motion.” Within moments, without further discussion, the staff had committed to a fund raiser and each had pitched in six dollars and seventy-five cents. There was some confusion about making change, breaking a ten dollar bill, etc., but it all sorted itself out and the Animal Farm gang had committed to spending twenty-seven dollars—since success was guaranteed, of course.

Lynn jumped into the conversation. “I know what we could do next.”

Phil, disgruntled that he’d failed to commandeer the discussion yet again, mumbled. “Yeah, what?”

“There’s this technique you can use called ‘Popcorn.’ We tried it at our last 4-H planning meeting. It worked pretty well. The idea is to generate lots of ideas. We can sort them out later. So, just let your ideas ‘pop’ out as they come to you. Maybe with a one sentence or so explanation. Phil, could you write the ideas down for us?”

Phil, too chagrined about being asked to be secretary, didn’t have the energy to say “no.” Just going along seemed easier.

Lynn started them off with an enthusiastic: “Okay now, ideas.”

“How about a Dog and Car Wash? Everyone’s car needs washing, and people would be delighted to have their dog cleaned up as well.”

“A Pet Picture day. We could get Sammie the photographer to take the shots for us, cheap I bet.”

“A Pet Talent Show. Everyone thinks their dog or cat has some special trick.”

“A Pet Calendar. One with the dogs from here. Maybe with one of us. Maybe with us nude,” That got snickers aplenty.

Even Delia entered in, suggesting a fashion show, hopeful that would bring a bit of New York sophistication to the area.

The ideas were coming so fast, Phil could barely keep up, let alone note who was suggesting what. But, no matter, the group was delighted with the cleverness of their ideas and enthusiasm for what was ahead was high.

“Summing up,” Delia said, eliminating Phil’s last opportunity for command. “I’m the best of us on the computer. I’ll sign us up for that twenty-seven dollar, guaranteed program on fund raising. What will the rest of you do?”

In the background, the dogs and cats sounded more and more restless, eager for attention and exercise. Some were suffering with gastric issues from the strange diet they’d been fed earlier. And the animals seemed distressed about the cleanliness of their cages. It was getting stinky. But, for the moment, the attention of their four keepers was focused on the future. For just six dollars and seventy-five cents a person, they were going to revitalize Animal Farm. They’d raise money, so much money—the animals would be better cared for, the community would be proud of the facility. They’d be a team, holding their heads high. Delia, in particular, was smiling. Dad will be so pleased! More money passing through helps our “real” business a lot, she thought to herself.

“By the way,” asked Phil in his first managerial comment of the day, “where’s Tim?”