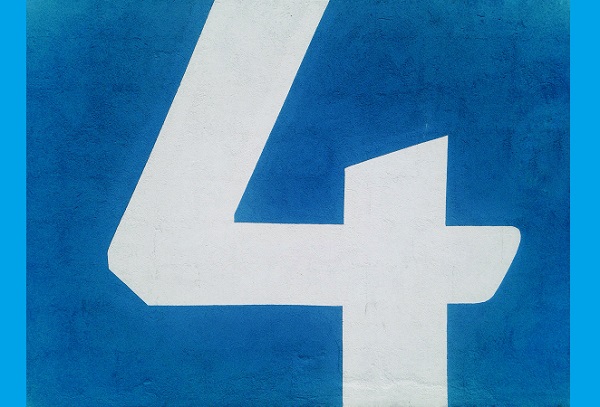 Bull lay sprawled across the community room couch in the halfway house, Cherry’s head rested in his lap. He had the television on but hadn’t bothered to turn up the sound. He was tired, bone tired. He had a million things he needed to do: look for a job, find a more permanent place to live, get some wheels. But retrieving Cherry had been at the very top of his list, so he felt justified in taking a break.

Bull snickered at Jerry Seinfeld’s waving hands and Elaine’s raised eyebrows; he didn’t need to know what they were saying to find the humor. Cherry snorted in her sleep, snuggled deeper into Bull and he closed his eyes. The warmth of his dog’s body, the steady rhythm of her heartbeat, began to lull him to sleep. He let his body melt into the couch cushions and was nearly out when he felt his left butt cheek vibrate. His eyes popped open, and he reached his hand into his pants pocket, pulled out the pay-as-you-go phone his probation officer had given him. He didn’t know how anyone other than his officer could have his number. He hadn’t given it to anyone. He hadn’t had time. The only place he’d been was the Animal Farm No-Kill shelter. Oh, that was it; he’d written down his number on the forms he’d filled out to get Cherry back.

Bull flipped open the phone, drew in a breath.

“Why hello, handsome.” She paused long enough to make him uncomfortable. “How are you getting along with your girl, Cherry?”

“Uh, fine.” Bull snickered more out of nervousness than amusement.

“Good, good,” Delia cooed. “So hey, I don’t know what you have going on, but I was wondering if you’d be interested in doing some light construction for the shelter?” She punctuated her question with a snap of her gum. Did she mean for money? Because he needed money, he needed a job, and the sooner the better. He had worked construction when he was a teenager, he was sure he could still swing a hammer. He felt a renewed wave of energy pulse through his veins. Depending on how much they paid, he could move out of this hell hole after six months into an actual respectable joint and maybe even shop for a cheap car.

“Ya, sure, I can. When?” He sat up, Cherry yawned but remained otherwise unmoved. Delia smacked her gum.

“Can you come in tomorrow morning, say eight a.m.? We can discuss the details then.”

“Yes!” he answered enthusiastically. He closed his phone and pumped his fist in the air. Not bad! Barely out of the slammer and already employed. Almost. This called for a celebration. He felt like a pizza, except he didn’t have money for a pizza. Maybe if he’d spent a little less on his tattoo. He flexed his bicep, watched as Cherry’s likeness gazed back at him. He chucked the live Cherry gently under the chin. “You’re worth it,” he assured her. “You’re my best girl after all.” She licked his hand. Without money to order out, he’d have to rifle through the few groceries he’d purchased and stuffed in his corner of the kitchen cabinet.

Peanut butter, saltine crackers, a can of chicken noodle soup—not exactly pizza, but it would have to do. Cherry nudged his hand with her wet nose. She would be happy to indulge in some peanut butter, this he knew for sure.

“Okay, girl.” He unscrewed the jar of Jif and moved it under her nose. She drooled, but luckily not into the peanut butter. He grabbed a spoon from the drawer and scooped a gooey heap out of the jar.

Delia hung up the phone. That had been much easier than she’d anticipated. She took a swig from her coffee cup. Of course, it contained vodka, she hadn’t used a coffee cup for coffee since before college. She leaned back in her chair, lifted her feet, and swung around. The face of that scrawny kid who cleaned the animal cages blurred past her. She put her feet down and turned back to where he sat.

“What in the heck are you doing?” she snipped.

Tim pulled his book closer to his face, pretending not to hear.

“Hey, you, I’m talking to you!” Delia pulled Tim’s book back and then let it go, it bopped him in the nose. He dropped the book, covered his nose with his hand.

“Ouch!” He glared back at her. “I’m just reading.” He picked his book back up and crawled to his feet. Delia put her hands on his shoulders and gave him a shove toward the office door.

“Go do it somewhere else,” she commanded. She liked kids about as much as she liked dogs, which was very little. She didn’t want to be tied down, bothered with the mundane chore of looking after someone else. She much preferred taking care of herself and only herself. She had grown accustomed to the finer things in life, and she was less than thrilled to be stuck here in the rainy Pacific Northwest with nothing to do. Where was she to shop, to drink, to party? There was no way she would be caught dead hanging out in one of those local breweries drinking that brown, cloudy crap they called beer. Most of the places were practically outdoors, like half-built sheds with heat lamps and a few canvas coverings. And if this weren’t bad enough, these hick night clubs often had local musical group playing, too. Banjos and harmonicas and the like. And as for shopping, please. As if rummaging through rack after rack of worn-out lumberjack clothing in one of the million local thrift stores could even be considered shopping. Gross. No, she’d more than had her fill of this place and the sooner she could get out the better. Securing Bull to do the building was one step closer to getting the job done for her father and getting herself back to New York, where she belonged. Delia picked up her coffee mug, it was empty. She felt sleepy. Maybe she should make some coffee. She opened her office door, practically knocked Tim to the ground.

“Geezus!” Her mug slipped out of her hand, fell to the floor and shattered. Tim dropped to his knees and began to pull the pieces into a pile.

“What is wrong with you?” Delia yelled. “Why can’t you go do something or better yet, leave. Go home!” She shoved him out of the way and grabbed a broom from the corner.

Tim straightened up, brushed his pants off with his palms. “I…I…” He stuttered.

“You have something to say?” Delia was becoming even more agitated.

“Yes,” said Tim. He better get it out now. Better just tell her what he knew before he lost all his nerve. This was his one chance to make a real change. To do some real good for the animals and he couldn’t let mean old Delia through him off. He may never get this kind of a chance again and though he hated to admit it, he really did need her help.

“Spit it out kid.” Delia dropped the broken mug pieces into the garbage can. She stood up with her hands on her hips and glared right into Tim’s eyes. He rubbed his hands together, rocked back and forth on his feet.

“I, uh, heard you.” His face was burning, his palms were sweating, he was pretty sure he was going to pass out.

“You heard what?” Delia’s heart beat a little faster in her chest. She felt her eyebrow twitch. What had this little punk heard and what was it to her? She took a step forward and he took a step back.

“You better tell me you little creep before I toss you out on your sorry little pipsqueak ass.” Tim backed up another step, swallowed hard. This was for the animals.