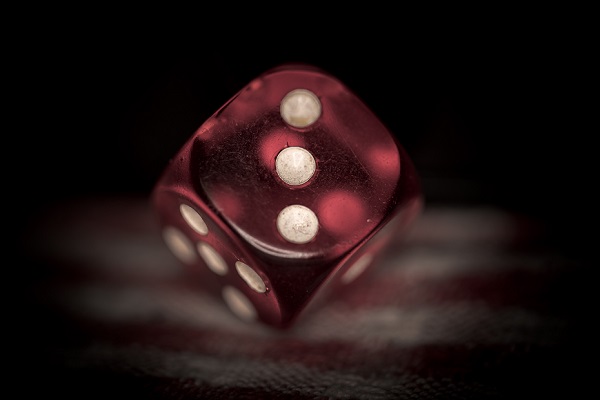 “Here. Buy yourself a pair of shoes,” Polly Bird, AKA Pretty Polly, told her son.

Tim took the twenty-dollar bill with the tips of his fingers. Somehow the money felt dirtier than the plaque-caked molars of a German Shepherd he’d cleaned by hand that afternoon.

Polly was small like him, with slim legs and “perky” boobs. (“Perky” was what the grandpas at the casino where she worked called them. Tim used the word only inside scare quotes.) She wore short shirts and tight, low-cut, glittery tops and worked at the casino. She sometimes brought men home, usually when Tim was out of the double-wide and some of them left money on the nightstand.

He’d been born when she was just a little older than he was now, his birth being the best and worst thing that ever happened to her—which was quite a burden for a kid.

Tim needed the money though. He didn’t have a paying job, in spite of working his ass off at the shelter, but he had needs. Not the sort of needs other teenagers had: for candy or cigarettes or concert tickets. He needed a pair of bolt cutters and a rental truck. Those things didn’t come cheap.

If you asked about his life—and not many people did—the first thing to mention was that he loved animals—non-human animals, as his guru, Peter Singer would call them. Ever since Tim had been a tiny child, he’d been moved by the suffering of baby birds, spiders, squirrels in winter, stories of puppies being threatened with murder by cruel women or dogs and cats travelling long distances to return to their owners. Animals (he often dropped the “non-human” bit) were so much more vulnerable than humans, just like children were more vulnerable than adults. He himself had been kicked out of the double-wide to play in the snow while a big, bearded fellow cavorted with his mom; like a puppy might be abandoned if it couldn’t help peeing on the carpet or chewing slippers.

So, the Animal Farm Non-Kill shelter was a perfect fit for Tim. Here he could care for dogs and cats, rats and guinea pigs, feeding them, grooming them, exercising them, sometimes just sitting stroking their silky ears, an act that brought comfort to both animal and boy.

He’d dropped out of school, at least temporarily, but he was no dummy. Ninety seven percent of school bored him. He didn’t want to read poems about daffodils or draw parallel lines. Sometimes biology was interesting but usually it wasn’t.

Instead, he read books in the school library and later in the town library. His favorite book—one he’d snuck out of the library so he could read it at home without having to return it—was Animal Liberation. Published in 1975 and reprinted in 2009, the book by Princeton philosopher Peter Singer, detailed atrocities against animals in farming, the cosmetic industry, and medical experiments.

Tim paged through the photographs of chickens crushed into cages with beaks and claws amputated, of sows crowded so tightly they couldn’t move, or boiled-alive pigs, and felt the tears run down his cheeks. He had to end this suffering. And if he couldn’t stop it all, he had to stop as much as he could. If each of us did our part, he thought, we could make a difference.

He refused the hamburgers his mom brought home from the casino, saying he’d eat the fries and drink the milkshake instead, but she pointed out that the fries were made with pig fat and the milkshake was made with milk and ice-cream which came from dairy farms that killed male calves and enslaved cows. It wasn’t easy being a vegan in the double-wide, but Tim did his best. Most lunches were a bowl of spaghetti and tomato sauce and a banana.

Sometimes he worried about the cans of meat he fed the dogs and cats at the shelter. But they were carnivores. They couldn’t very well eat soy burgers and even if they could, he couldn’t afford them.

Tim watched the people around him, at his school, at the shelter, in the town, watched how they treated animals and judged them for it. The worst of them were the Cluckers brothers who owned a large poultry farm on the outskirts of town. The town employed many of the town’s citizens, occupied fifty acres, and smelled as bad as you might imagine. They sold eggs and chickens and chicken pieces. Talking to one of the workers, a schoolfriend’s older brother, Robin Koch, at a party in the friend’s basement, he’d learned about the factory’s practices. Pretty much what he’d read about in Singer’s book. They marketed their chickens as “free range” but that meant that a thin trickle of natural light came into the factory from a skylight and a door was left open in case the chickens wanted to wander outside; producers and stores and even most consumers understood this trick, Robin said with a laugh.

Tim said this was plain mean, and Robin called him a naïve little kid, and said he’d figure it out when he got a little older.

When Tim grew angry and started tearing up, Robin had slapped him on the back and said, “Sorry, Buddy, but I gotta eat. And the chickens wouldn’t exist if we didn’t eat them. Think about that.”

Ashamed of his tears, Tim left the basement stumbling out of the marijuana fog trying not to hear the catcalls behind him. Outside he thought about what Robin had said and of all the cool responses he could make—next time this argument came up.

Cluckers’ factory and others like it were the concentration camps of the twenty first century. They had to be liberated. This was what Tim had been born for, he realized as he lay on his thin mattress watching the sky through his curtainless window, waiting for the sound of his mother fumbling with her keys at the front door.

“Don’t end up like me” she often told him. “Don’t dip your wick where it don’t belong.” She was right. He had more important things to do right now than making another human to add to the huge dung heap of humanity that was crushing the world.

She meant that she wished he’d never been born, which was kinda hard to swallow. But if he did something big, if he improved the lives of thousands of creatures, perhaps his life would have been worth all the sacrifices she made.

The plan was simple. Drive a large rental truck to the factory at night when no-one was there except the old night watchman, somehow distract this fellow, use the bolt cutters to cut the lock on the factory’s front door, open up the cages, let the birds go free, and take all the eggs and the tiny chicks and the adult birds that couldn’t fly because of the amputations and carry them away in the truck and take them—well, somewhere safe. He needed to figure out exactly where safe would be. He also needed someone to drive the truck because he didn’t have a license or any prospects of getting one any time soon.

Who would this accomplice be? Not Robin obviously. He would consider the plan a threat to his own livelihood, selfish bastard.

Not his mother. She would eat a plate of chicken wings in front of him, chewing the last strands of flesh off the bones and smacking her lips. And she liked to steer clear of trouble that had no monetary payoff. She would have no time for poultry liberation.

Maybe somebody at the No Kill shelter. They were supposed to be animal lovers like Tim. He ran through the options. Phil didn’t like him, maybe because he was jealous of Tim’s easy rapport with the animals. Audrey Merino was kind-hearted but too old for a big crime caper. She couldn’t run if she needed to and her arthritis would make it hard for her to do the jail time if they were caught. But Delia Woolf! She was tough and smart, competent. She’d probably be the best choice. And Tim liked the thought of riding beside her Bonnie and Clyde style. She had the toughness and the competence, but would she care enough about the animals?

He thought of the way she’d pulled away when a half-grown golden retriever tried to lick her face and the way she chloroxed her desk and chair every morning. She was no animal lover.

He’d have to find some way to persuade her to use her skills to serve his ends.

He stared at his face in the tiny bathroom mirror. Still no hair to shave. But one of the advantages of being 5’2″ and one hundred pounds, and pale and inconspicuously dressed in dark jeans and t-shirt and beanie, was that he often went unnoticed. Adults said things in front of him they wouldn’t say in front of more interesting people. He could learn things just by sitting very still and listening. On Friday, he sat himself down on the floor next to Delia’s desk, reading another library book, Making a Killing, about animals and the evils of capitalism. He wasn’t exactly eavesdropping but as he listened, her phone calls became less and less inhibited. He heard her talking to a girlfriend about how boring the Pacific Northwest was after New York. A little later he heard her talking to a man, saying the sort of flirty, suggestive things about tongues and shoes that he’d overheard his mom say to men, things that made him so uncomfortable he even considered making his presence known by knocking over a lamp, but then she put the phone down and called her dad, Tom Lyon. “If you wire me $50,000, we can maybe say that we’re investing it in building a large animal shelter. But I don’t know. This place hasn’t had much cash flow in the last five years. A sudden influx of that sort of dough might look suspicious—”

The speaker on the other end cut her off. Tim heard a male voice talking fast but couldn’t make out the words.

“Yeah, yeah, maybe I could make that work,” she continued, snapping her gum. “Listen.. how about I hire this new guy Bull to do the construction. He has a lot of muscle and not a ton of brains. I think he’s done time so we could work things out with him…”

Tim bit his lip and shook his fist in triumph. Delia would have to work with him now.