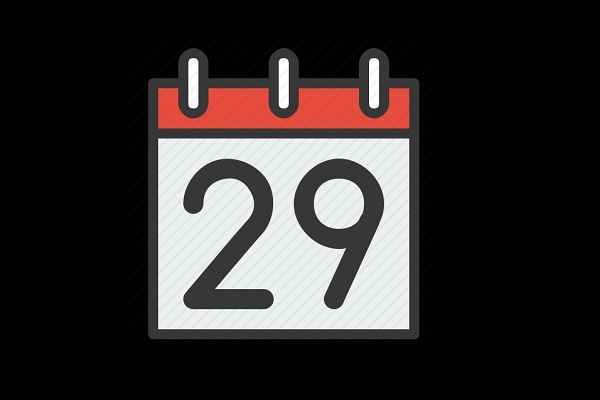 “You’re back!” Phil said with a smile. He was sitting at the kitchen table, with a yellow tablet in front of him. Beside the tablet were two coffee cups, one full of pens, the other full of coffee. An honest-to-goodness magnifying glass lay beside the cups, just like the ones used by detective inspectors of old. Clutched in Phil’s left hand was the classic meerschaum crooked-stemmed pipe, smoking with the sweet smell of cannabis, which maybe explained Phil’s new attitude.

Tim looked around, expecting to see a double-billed plaid cap, like in the cartoons. Instead, he saw a squared-away kitchen, like never seen before at the Animal Farm. A new dishwasher groaned in the corner, the floor was spotless, the shelves full. Coming in, he’d noticed the mowed lawn and trimmed hedges and the newly painted entryway. The animals were quiet, chowing down, not howling in hunger as before.

Tim sat down as Phil handed him a fresh cup of coffee. He was in shock.

“What happened? I’ve been gone for awhile – you know, – personal business.”

Phil leaned back contentedly and smiled. Tim had never seen him so relaxed and friendly.

“I’ve changed my ways, Tim. I’m no longer interested in ‘management,’ which would be okay except for managing people. After the fracas with Cluckers and the animals, I decided to concentrate on being an investigator, and right away, found a mystery to solve, which explains my cartoonish behavior. I’m having fun with it, even without the dope.”

“What was the mystery?” Tim asked. He was interested, but not convinced about Phil’s changed ways.

Phil leaned forward eagerly, to tell his story. “You’ll remember Dr. Connie Shepherd, the vet giving the shelter discounts for services? Well she’s paid to fix our cats, which can be, ah, prolific. Suddenly, there were fewer and fewer cats in the shelter. The cats were disappearing! Dr. Connie explained to us that ‘Killing cats to save money on spaying is a crime. And crime does not spay, or pay’. Ah, a crime to solve. I could hone my investigator skills,” Phil said.

“So the investigation commenced,” Phil continued. “’Who would kill cats?’ I asked myself. The primary suspect was Rufi. Bobcats are disposed to killing housecats. They lurk outside and get between the cat and the house, cut it off and ambush it. But the shelter’s cats seldom go outside, and besides, Rufi is into chickens. So, I concluded, it’s an inside job!”

“It was almost like an Agata Christie novel,” he went on. “Who on the train, or in this case, shelter, would be the murderer? By looking deeply into the history of the shelter occupants and staff, suspects were looked at and eliminated. Delia doesn’t like animals, and is not above offing cats, but stealing is her schtick. She wouldn’t waste her time.”

“A close look at the shelter dogs, the next obvious suspects, revealed that, of the three long term dogs – Rusty, Mame and Oscar, Rusty was worth a closer look. This small innocent dog was brought into the shelter when a mere puppy, the victim of a trap. As Rusty grew up in the shelter, he was known for his curious nature. Unlike the other shelter dogs, who mostly eat and sleep, Rusty was looking, sniffing, poking and pulling everything. He could be found in the attic, the basement, at the back dock, and in the cat section, lying along the wall looking lovingly at the cats. Hmmm.”

“Then I heard that because of his ways, Rusty’s nickname in the shelter was Curiosity. You even called him that. So the question I had to ask myself,” Phil said with a satisfied grin, “was, ‘could Curiosity kill a cat?’ Close, private-investigation-type surveillance revealed that Curiosity was the villain!”

“Curiosity was, in fact, a coyote – mortal enemies of cats. He’d grown up in the shelter and probably didn’t know he was a coyote. Mystery solved. I’ts fun being a Detective Inspector again.”

Tim was impressed. “What happened to Curiosity?”

“He went with some folk that were going that way. But that’s another story.” Phil smiled, “Now tell me your story, Tim. What have you been up to? I’m interested.”

“What happened was the Texan came back and set in motion an interesting chain of events – some of which are still hard to believe.” Tim smiled, drank more coffee and settled in the chair.

“He showed up at the doublewide, hat in hand, and told mother he’d purchased a condo at the golf course for us to hang out in.” Tim smiled. “Mom liked the idea. Most all the golfing crowd were her good friends from the casino. She is very popular. The Texan is very happy. She has a hold on him, and he follows her around like a puppy. They play golf together and I caddy for them, that’s why I haven’t been at the Animal Farm lately.”

“So we were at the country club after playing nine holes, and met a Seattle Tech mogul’s ex-wife, known as DoubleX, because she’s on her second hubby after the mogul. Her schtick is now giving away money for good causes. Her current hubby is an animal lover and it must have influenced the woman; she carries around a nasty little gerbil in her purse. So, the waiter is serving some kind of flame dish, when the gerbil panics and bites the end of his finger and he bleeds all over the place. The call goes out for a doctor for the waiter and a vet for the gerbil. Long story short, our very own Dr. Connie comes to calm down the gerbil with special dope, DoubleX finds out about the shelter, and promises money for our good cause, along with a management team to make sure it’s spent properly, for the most good. I guess she’s been ripped off in the past.”

Tim smiled. “Some story, huh? I’m ready to get back with the animals. Too much society for me.”

Phil clapped his hands together, laughing. “What you just told me puts everything together. DoubleX moved fast, and when the money and the management team, led by a lady with a New York accent, named Petchuko, arrived last week, all hell broke loose. Petchuko, sounds Russian, right? You must know, Tom and Delia are scared to death of the Russians. When the unknown money and “Russian” lady arrived at the shelter, Tom and Delia freaked, then flew. They are out of here.”

Tim was puzzled. “They thought it was mob money?’

“They must have been skimming the mob money and thought there was going to be an accounting! But it was new, fresh money from the mogul’s ex-wife. They didn’t wait to get caught, they ran like hell.”

“Where are they now?” Tim asked.

“You’ll love this,” Phil said. “Delia, Bull and Cherry are running a bait shop in Forks. They wanted to hide in a place they would never be found. If you’ve been to Forks, you would understand. Tom is hiding in plain sight by driving a poop truck at a local hog farm. Crime does not spay, er, pay.”

“The new money has allowed the Animal Farm No-Kill Shelter to get back on it’s feet financially, and operate in a professional manner,” Phil said. “Everybody benefits.”

“What happened to Rufi and Rusty, or Curiosity?” Tim asked.

“Bull and Delia dropped them off in the wilderness on the way to Forks, a perfect place for a bobcat and a coyote.’

While they were talking, Phil noticed Tim had expertly rolled a doobie from his pipe stash. He saw a roach clip fastened to Tim’s shirt front. Phil grinned. The kid was a comer.

Tim smiled, leaned back and asked. “What about the rest of the crew? And what happened to the Cluckers?”

Phil counted with his fingers as he talked. “Everybody is more relaxed now that the Nazi is gone. Audrey brought Camila, her poodle, in for a permanent, like hers. Lynn brings the Great Danes in to have their nails done, and keeps her cat on a leash these days. The word is Cathy Clucker and MT bought a disco in Puerto Vallarta, and are working on their tans. Carson Fox ran off with the cleaning lady. Jasper is well treated by the shelter animals these days, it’s almost like he’s been voted into a cat leadership role. This may be good, for as you know, you can’t herd cats. Dr. Connie is happily spaying critters. The Clucker brothers had a come-to-God experience when all the animals banded together and confronted them in the barn. They are now out of the chicken business. They converted the barn into a homeless shelter, feeding and sheltering the homeless from miles around. They don’t serve chicken. Barrels of animal food are in serving troughs around the barn. It’s created an interesting mix of humans and animals eating together and possibly communicating better. A surprise to us all. Tom & Delia’s relative, Pino Noir, is still in his element, now smuggling Americans into Canada for a better life. And my goldfish, Bruiser, has gone through a growth spurt and now weighs 9 pounds.”

Tim was impressed, “Wow, what next?”

“Oh, I’m sure there will be more,” Phil said. “Sean is doing more denouement, batting clean-up.”