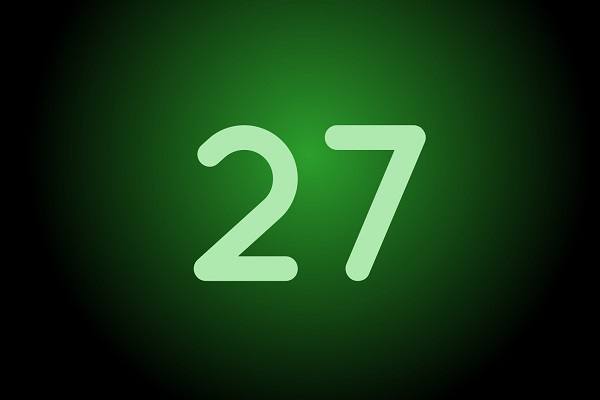 How can I make a buck on this mess? Tom asked himself. Here was Tyson Cluckers, driving him from his house to the Animal Farm, nearly begging for his help in finding his wife. Even with a few belts under his belt, even too drunk to drive, Tom knew his prior attempts to get into Tyson’s good graces were small potatoes compared to the leverage he could gain right now. All he had to do was clear his head enough to think for a moment.

Tyson wound through town, and he took corners so fast that not only did Tom bounce between the passenger door and Tyson’s meaty yet mushy shoulder, but the liquid in his gut sloshed in the same direction, a couple of seconds later. His face grew hot, and he started swallowing reflexively to keep his multiple Manhattans in place.

Now was not the time to offend Cluckers by despoiling his ride.

In a seven-gabled house in Shaughnessy Centre, a pug with bulging eyes and a turned-up nose or, in other words, a pug like every other pug, perked up his ears at a faint melody that wafted up from Richmond, via Delta and White Rock.

It must be from south of the border, he snuffled to himself. The Dogs of White Rock can sing, but they’re not composers.

This worthy gentleman, who called himself Hieronymus but willingly answered to Fin when the blonde two-legg brought him a meal or a bit of a donut, sat up in his trolley to get a better listen to the mesmerising tune:

Beasts of Washington, Beasts of Oregon

Beasts of every land and clime,

Hearken to my optimistic tidings

Of an equitable future time!

Goodness! Indeed it was American Dogs who had created this call to paws! Hieronymus gave his most urgent call to the lady of the house, and she stopped typing and turned to him.

“Fin! What is it, boy?” She leaned over him in his four-wheeled bed, a necessity since he had lost the use of his back legs because they were simply too short to hold up his pot belly. She stuck her human nose right down against his wet, black nostrils. She rubbed her nose against his until he snorted with delight. He stuck out his tongue and licked her chin.

“That’s my good widdle Fin-Fin,” she said in response. He loved it when she baby-talked him. “Does my widdle Fin-Fin need to go out and about? Wet’s go have a wee-wee in the doggy washroom, eh?”

Hieronymus bounced about in his trolley as much as his front legs allowed, given that they held up a head the size and weight of a bowling ball. All he needed was to get her to open the door, and he’d be set.

The blonde two-legg, whom he called Mama and the other two-leggs called Dana, or sometimes Dana Banana when she was not home, started weaving through the maze of hallways toward the front door. Once she rolled him down the ramp they had installed for his convenience, Mama prepared to lift him out of the trolley for, as she thought, a quick break prior to their return to the office where Mama wrote her books.

But this was where Mama’s day went off the rails. Hieronymus scooted forward and got his paws onto the pavement. His nails clattered on the concrete, and as the trolley gained momentum, he heard Mama’s sneakers slapping on the ground behind him. At the corner, he hung a larry in the direction of Richmond.

The song of his people did not mention British Columbia, or even Canada generically, but he knew reinforcements from the North would be welcome.

“What the hay?” Tom muttered when he and Tyson barged into the shelter. Had they adopted out all of the animals? Or had that kid freed all of the orphans when he kidnapped the chickens and, according to Tyson, most likely Cathy as well.

But it didn’t make sense to Tom, even in his state of inebriation, that Cathy would have been kidnapped and forced to transfer all of Tyson’s funds into an account of her own. Could people even transfer more than a million dollars in a day? Maybe so, unless Tyson was lying to Tom about his new state of poverty to get Tom off his back.

Tom had promised to find Cathy for a million up front. Tyson claimed not to have access to more than a thousand to his name. but Tyson said Tom could count on a million after Tyson beat the location of his fortune out of his wife.

Tom didn’t like that kind of talk. He might be willing to take out a Mafia rival, but he drew the line at touching women. Only cowardly bastards like this chicken mogul did such things. And yet, Tom thought he might have to put a bit of pressure on that M.T. character to get a line on where Cathy had headed.

The men stomped past the ominously empty cages, their heels clacking on the concrete and echoing as if they were in a morgue. The light was on in the office. Tyson turned the knob and tried to fling the door open, but it slammed into an obstacle.

“Ow!” a female voice exclaimed. Tom recognized it as Vanessa’s. he’d figured she would grab Delia and take her out for a meal or a drink, not stick around the shelter. If nothing else, Delia would have pushed for an opportunity to get out of a place she loathed.

Once Tyson squeezed through the door, he stopped. Tom saw his shoulders stiffen. Tom pushed up beside Tyson and saw what had disconcerted him.

Tom called out, “Hey Tim, how did you get here?”

“I brought him,” Phil said. “Worked it out with the local constabulary.”

Tyson grumbled, “He let my chickens out, and they let him out? That’s a lot of dollars he’s cost me.”

Delia shook her head. “You’re worried about a few chickens when your wife made off with your whole stash?”

“Hey, you’re right!” Tyson exclaimed. “Which of you are the ones that helped her escape?” He pointed at M.T. “You! You gotta be the one!” He lunged in her direction, but Polly stepped in front of M.T. and leveled Tyson with one right to the jaw.

“Ow,” she said, rubbing her hand. Everyone stared at her, mouths agape.

“No big deal,” she added. “Gotta take out casino guests on a regular basis if they get fresh. So, what brought you and moneybags here, Tom?”

“Uh.” Tom cleared his throat. “He wanted to find out how Cathy got away with his dough. After all, he loves her, and he wants to share his fortune with her, but—”

“Oh, cut the crap, Tom,” Lynn said. “I saw the bruises this bastard left on her ribcage. If you’re going to defend him, well . . . ” She shrugged her shoulders and looked around at the women in the office. Their faces stony, they all balled their fists. Tom raised his hands.

“Hey, hey, I didn’t know nothin’ about any abuse. My bad. Now, what are we gonna do to get some of that cash back so’s we can keep this place afloat?” He read the room. “And, of course, make sure Cathy gets her share and decides what she wants to do.”

Tyson, who had been lying supine, probably unconscious, blinked and sat up. “How am I gonna get my money from my loving wife?”

“Shut up, Tyson,” the men all shouted.

“OK, Fin,” Dana panted after she caught up to his trolley, a full kilometer from home. “Let’s see what you’re after and get it sorted out.”

Hieronymus waggled his nubby tail and panted. He gazed into his eyes with his liquid chocolate-brown ones, and she kissed him atop his head. He licked her chin.

He yipped and shook his tail. “Noooookie!”

“Well, I guess we could go visit a few of my friends. I don’t go down there often enough, and some of them are desperate to meet you. Thank goodness I have your rabies card handy. OK, Mister Fin, let’s go!”

After she pushed him home, she settled him into her Audi, and they headed for the Peace Arch. Her NEXUS card got her through instantly, and she sped south. She assumed she could call friends once she reached Bellingham, but Fin started pitching a fit at the Portal Drive exit, so she pulled off and let him guide her. Soon, they reached a no-kill shelter.

“Goodness, Fin, you don’t want to be adopted by another family, do you?”

He shook his head and yipped until she pulled up to the office. She strapped him into his trolley and wheeled him to the door. A crowd stared when she entered.

“My dog led me here,” she explained. Another pug squealed and ran to Fin. They kissed and snorted greetings.

“They know each other?” the pug’s probable mother asked.

“That’s not likely,” Dana said. “But there is a Pug Network out there, like the Twilight Barking. Maybe they’re internet pals.”

The formalities over, Dana asked, “Why in the world did he bring me here?”

In the woods, all of the freed animals, led by Mame and protected by Rufi, inched forward to the edge of the trees. It was almost time to bring equity to their lives.