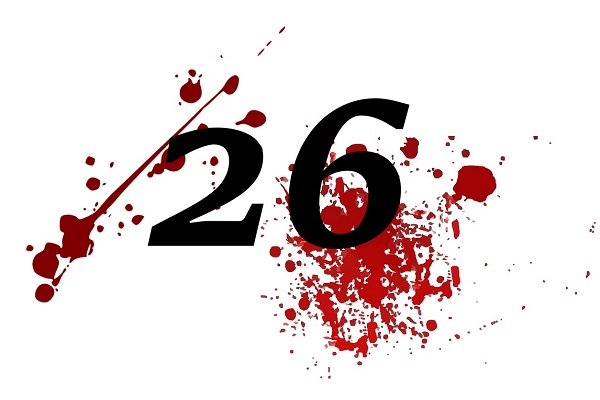 As soon as Vanessa arrived at the Bellingham airport, she texted Tom, asking him to pick her and Snookie up. She loaded up a luggage cart, took Snookie out of his carrier and clipped his lease on before they went outside to wait for Tom. When he arrived, Vanessa noticed that he looked worse for wear, with numerous bruises on his face and arms and shorts (why was he wearing shorts anyway, it was pouring rain outside (a veritable “cats and dogs” kind of rain if you must know, had he become a fish already?) and he was really cranky.

On the drive over to Edgemoor he filled her in on his plans with the chicken billionaire that just cackled its way south when Tyson discovered that his billions had flown the coop with his wife.

“Sounds like another one of your half-baked plans, Tom, maybe you might try a real job for once.” Vanessa sighed. “I just came to see Delia anyway, is she home now?”

Snookie sat in the back seat, surprisingly alert considering there was no real food anywhere in the car. His ears pricked up; he was definitely closer to the dulcet tones that had beckoned him from Oregon. Now how could he escape his owner and unite with his clan?

“I need a drink,” Tom whined, “If she’s not at the pad I’ll lend you the car, she’s probably at the animal shelter where she works. I got her a cover job doing the books for them (and for me he thought). You can leave your stuff but take the damn flea-bitten mutt with you, you know how I feel about animals.”

Snookie growled low and long from the back seat, how he wished he could take a big bite out of Tom. He’d forgotten how much Tom hated him, and how much he hated Tom in return! He knew that Tom wouldn’t taste particularly good, but it would be worth it, if only to remind his owner that she didn’t need that controlling bastard anyway. He squirmed in his seat and tried to look out the passenger window, but he was too squat. All he could see were the tops of evergreen trees and raindrops splattering the windows of the car. And now his tummy was really growling. He’d never even gotten his lunch. Even tough freedom fighters for animal welfare needed food, he mused over the ever-growing stomach noises emanating from his round belly.

Once they arrived at the Edgemoor house, Tom poured himself a stiff drink and Vanessa dumped her suitcases in the extra bedroom, taking time to extract Snookie’s food and food bowl, the one with his name and picture of a Pug tongue on the bottom, and the words “All Gone,” as if he couldn’t tell. Even his mom underestimated him he thought as he licked the bowl one last time. She had brought his yellow raincoat and booties and quickly dressed him before they got into Tom’s car again. Vanessa typed Animal Farm Shelter into the GPS and off they went.

When Snookie and Vanessa arrived at the shelter, they went straight to the office. The door was shut but Vanessa could hear Delia’s distinctive nasal laugh, and two other voices chiming in, a woman’s slightly lower chuckle and a man’s booming guffaw. She knocked firmly on the door and called out “Delia, it’s your mother. Please open up.”

When Bull arrived at the tattoo parlor earlier in the day, Delia and M.T. had just signed up as co-conspirators, agreeing to collaborate on a venture that would benefit both their combined personal greed while simultaneously fulfilling their charitable leanings, all the while avoiding stealing Cathy blind. They had accessed Cathy’s account through the password M.T. had memorized, adding their names to the account along with Cathy’s. Then they planned on donating funds to the Sisterhood, transferring a substantial amount into the purchase of lab-grown meat stocks, and opening another account for the Animal Farm’s fundraising. There seemed to be enough funds to be very generous and still have all three women come out as millionaires. They were giddy from all their planning and welcomed Bull and Cherry into the office, failing to notice the three felines who slinked in behind Cherry.

After they filled Bull in on the latest plot, he said, “I didn’t hear this from you all, as it would blow my parole out of the water, but good work, gals, Chuckers is a nasty piece of work and I’m not sad to see the work you are doing. Though I am going to refer you to my personal lawyer because you could always run into glitches in the form of Tom and Tyson finding a way into Cathy’s account and trying to take the money back, it’s not over till it’s over they always say…”

“Let’s drive over to the Animal Farm,” Delia said, “My office computer is much better protected against any type of hacking, I was taught by the best crooks of NYC after all. We can do the rest of the transactions from there.”

Now, when Delia opened the door, Vanessa and Snookie crowded into the already stuffed office. Bull stood up, offering his chair to Vanessa. Snookie shuffled over to sit in front of Delia, pleading to be picked up. Surprisingly, Delia reached down and hauled him onto her lap, as if she had been a dog person all along. Snookie was in fact the only dog she had ever had a soft spot for, but she didn’t really think of pugs as dogs anyway, more like some sort of Star Wars character, like Yoda with smaller ears and a wider girth.

Since it looked like Vanessa wanted to speak to Delia in private, Bull offered to take Snookie out for a walk and look for Cherry, who had run off when they first arrived at the Farm. M.T. said she could use a chance to stretch her legs as well.  Snookie jumped off Delia’s lap when he saw the door open and pushed his way between their legs.

Once outside, Snookie ran ahead on his stumpy legs, making a beeline for the dog kennels.  When Bull and M.T. came up all round the corner they saw Cherry and Snookie sitting at attention in the middle of the yard, facing a stocky woman with a dead snake slung over her shoulder.  All the cages were empty, the doors swung wide open, not another animal in sight.  Snookie looked very official in his bright yellow raincoat.  He and Cherry exchanged a few quiet barks and whines, raised their heads and sniffed the air, and finally, raised their muzzles and let out a well-harmonized series of howls.

There was silence for a few tense moments, then gradually noses and snouts and beaks appeared from the woods and the animals once again circled in the square to hear from these newly arrived Freedcreatures.  Mame welcomed Cherry back and introduced herself to Snookie. “And what do you bring to the cause, Snookie” Mame asked?

“I am a pug, and I know I look small and slow and stumpy,” Snookie said with pride “But I am known far and wide for my pugnacious approach to life. Once I grab onto something, say the ankle of a nasty brute of a chicken killer, I never let go! The two-legs often think Staffordshire terriers give the most vicious bites, but pugs, though smaller of stature and mouth, can hang on for far longer than most people think.”

While Snookie was talking, Lynn laid the dead snake gently on the ground in front of Mame and moved to the back of the circle.  Mame shook her head sadly, but the animals knew that there were always ones who could not contain their own wild nature and were not able to restrain from killing their natural prey.  To promote unity in the name of a cause, this could not be allowed to happen.

“All right, everyone,” Mame called, “Let’s sing a round of our fight song to get in the spirit here before we go on the plan our next steps.” Every creature joined in the mighty battle cry, large and small: turtle, hamster, Guinea pig, ferret, lizard, horned toad, parakeet, Cockateel, cat, dog, bobcat, and look here, a slightly scruffy but well-turned-out raccoon came limping into the circle from the direction of downtown Bellingham.

“Hey there, Rocky” called Cherry, loping over to give the elderly racoon a doggie version of a High Five, “I haven’t seen you in quite a while, you old trickster!”

“Hi Cherry! I’m still on the old dumpster route, though I’ve kind of turned vegetarian, not by choice actually, but the gleanings are leaning a bit toward veggie and vegan burgers these days” Rocky chuckled, “but who am I to complain.”

Then they all began to sing:

Beasts of Washington, Beasts of Oregon

Beasts of every land and clime

Harken to my optimistic tidings

Of an equitable future time!

About this time Audrey, Tim, and Tim’s new lawyer Inez had pulled into the parking lot and followed Camile back to the joyous sounds of the rousing song in progress behind the main building. Audrey had convinced the lawyer that it was important to see for herself where she and Tim worked to fully understand the circumstances of Tim’s actions. And Camille seemed particularly excited to be going to the shelter, practically bolting out of the car as soon as they arrived. They all listened dumbfounded as the last strains of howls and purrs and tweets and growls had faded into the dusk, Tim wiping his eyes as silent tears slid down his awestruck face.

Meanwhile, Tyson had gone over to Tom’s and persuaded him to come to the Animal Farm to look for the women he thought had last seen Cathy, in the hopes of forcing her to return home, and more importantly, to give back his money.  Tyson drove because Tom had clearly been drinking all afternoon.  If he could only get his money back, and his wife of course, everything would be all right again.  The chicken problem could be easily cleaned up, so to speak, with enough cash and cheap labor.  What’s a few hundred chickens in the bigger scheme of things, after all?