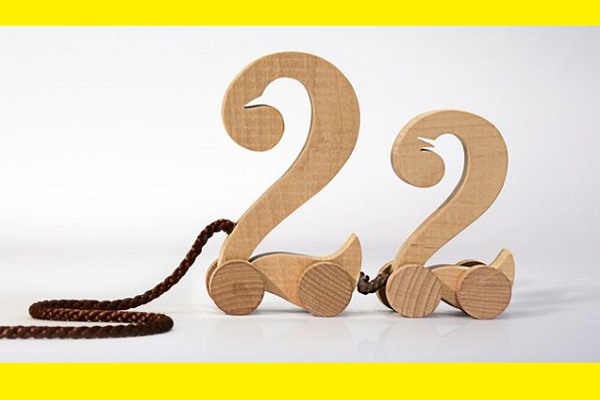 Yep, Bull was done. He was on the straight and narrow from now on. The talks he’d had with Delia about the construction were sprinkled with red flags and he’d ignored them. In his defense she’d flirted like crazy—and he’d just gotten out of prison. But now he was thinking of Cherry and how he wasn’t going back to prison. Ever again.

At her whimper, he ran his hand through Cherry’s fur, “Oh girl what have I gotten myself into?” Cherry nudged his hand with a lick of her rough but gentle tongue. She sensed her two-leggs was in conflict.

Phil’s confused way of bumbling around the farm had seemed off and Bull just didn’t know what to think. Cherry gave a short bark of encouragement and Bull knew he was going to regret his decision. Putting his truck in reverse he backed up to the parking lot of the No-Kill farm.

And in addition to the problem with Phil there was Delia’s father(?) Tom. Cherry growled— it wasn’t a playful growl—whenever Tom was around. And that was a sure sign that Cherry didn’t like the guy. Earlier he’d seen Tom and that Clucker guy talking on the side of the road and Clucker had that serious look Bull remembered from some of the cons he “roomed” with during his prison stay. A conversation that most often led to nothing above board. Tom looked like he was suffering from riding a bike with a seat that tried to cut you in half.

“Hey Bull, this is getting heavy. Did you get the tools you need? Bull?” Phil’s arms were beginning to ache from holding the two by four in position. He set the plank down. “Bull you out there? This is no time for pranks.”

“Sorry Phil I couldn’t find the hammer I wanted.” Bull pulled the nails and opened the door. It wouldn’t look good if Phil saw he’d blocked the door. “Look I’m gonna come clean with you. I hope you’ll understand but, are you a cop?”

“Nooo. Why would you say that? I’m just a tired out old guy.” Phil was a bit out of practice when it came to fooling people. As a cop in New York, he’d been a savant in the box. He could wring a confession out of the villains with just a look. These days not so much.

Bull wasn’t a villain, but he’d spent enough time in prison to recognize the subterfuge Phil was attempting to pass off as an old guy pose.

“Look I don’t know what your deal is but I’m trying to stay out of jail. I think you’ve seen that stuff is going on around here. Maybe not of the mastermind type but I get a wrong feeling.” Bull strove to sound sincere and forthcoming.

The change in Phil’s demeanor was like night and day. “Alright Bull, you got me. I guess the cat’s out of the bag. I’ve been following Tom Lyons or as I know him, Tomaso “Tommy the Cat” Leone ever since he moved his money laundering operation from the East Coast to here on the West Coast. I’m no longer a cop but this is personal. Tommy boy there stole my 401K money along with others.” During this speech Phil went from a hunched, shoulder stooped man he’d affected during his tenure here, to his true six-foot frame.

“I knew you were off.” Bull patted himself on the back, when with a bark Cherry tore off towards the road.

“Cherry girl, come!” Bull shouted, and forgetting the Phil conversation, ran after the dog. Cherry continued to bark and getting to the main road she stopped and waited for Bull to catch up.

Phil was huffing from the exertion, but he arrived not far behind Bull, who was kneeling talking to his dog.

“What is it girl. Did someone fall down the well?” Bull chuckled at the joke whenever Cherry acted like she knew things he didn’t. In between barks, he heard a weird softly clicking sound. Cherry glanced up at him and whined. Then the noise he’d heard sounded again, this time he determined it was moving further away from him but still not sure of its origin. Cherry mouthed, without any teeth, Bull’s hand and started pulling him back to the parking lot.

“What’s going on? Why did your dog run away like that?” Phil was glad they were walking. He’d let himself sink too far into the character he was playing. That short run shouldn’t have winded him. Time to hit the treadmill. Especially since he’d broken cover.

“I don’t know but she certainly wants me to do something. Girl what is it?” Bull took a moment to give the dog a once over. She didn’t seem too anxious, but a smell or a sound had upset her. She led him back to the truck.

Cherry hopped into the bed of the truck and stood there with an expectant stare back to the main road. Her bark had an urgent tone to it.

“Girl, I don’t know what you want. I need more.” Bull had done this before with Cherry. They had a connection and he just had to figure out what was going on. Cherry jumped out of the truck and moved to scratch at the driver’s side door.

“I don’t know about you, but I think she wants to go for a ride?” Phil was impressed with the dog’s ability to communicate with Bull. At least it seemed that was the idea anyway. Bull opened the door of the truck and Cherry jumped in the cab.

“Seems you’re right. Cherry what’s up with you? Do you want to go for a ride?” Cherry whined and moved to the passenger seat. “Phil, we still have a lot to talk about but I’m going to follow Cherry’s lead and go on a drive.” When Bull said drive, Cherry barked eagerly.

Bull turned to Phil, “Okay if you want you can come along. I don’t think it’ll be a long drive and I can come back and drop you off afterwards. I’d like to hear more about your personal vendetta against Tom. If you want, that is.”

Phil was uncertain but he’d given the game away so… “Sure why not. You may have noticed little things I missed.” He walked around to the passenger side. Cherry had moved to the center of the bench seat giving him room to climb in. Cherry then bumped her nose on his window.

“Could you open the window for her? It’s raining but she likes to hang her head out. You can even move to the middle so she’s not sitting on you and you’re not getting too wet.” Phil decided that was a good idea, so he rolled the window down and moved over. The rain had slowed to a drizzle. Typical Washington weather. Bull put the truck in gear and drove to the main road. He turned left and immediately Cherry started barking and turned to regard Bull’s driving. The truck continued down the road and now Cherry’s bark had a gravity to its tone.

“Now what?” Phil was questioning his decision to go for a ride. He hoped it wasn’t a ride he didn’t come back from.

“I don’t know. What now’s the problem girl?” Cherry had rotated in the seat with her head leaning out the window back the way they’d come. Bull maneuvered the truck onto the side of the road changing direction. They’d been heading north, now their journey turned southerly. Cherry had calmed down when they turned around.

“Seems like she wants us to go this way. Not sure why but she’s not barking so that’s good.” Phil was REALLY questioning his decision now.

Bull drove along the road and concluded that they were driving toward the Cluckers chicken farm. Why Cherry wanted to go there he was unsure. She never chased chickens whenever they ran afoul of the feathered flightless birds. In fact, she never chased any birds. Chickens or other fowls.

As the truck drew closer to the chicken farm a glow in the sky could be seen. And a pulse of red and blue mixed in with the darkness. Bull knew that pulse.

Dodging a three-wheel bike that was precariously perched off the road Bull pulled into the drive. Cherry began her excited barking that accompanied her greeting of Tim. Bull could see Tim in the grasp of a uniformed policeman. The truck skidded to a stop and all three occupants jumped out. Cherry ran to Tim.

“Hey, get that dog away from us!” the policeman shouted at Bull. The new arrivals had interrupted the cop’s talk with Tim.

“Come here girl.” Bull summoned Cherry back to him. She reluctantly took a few steps towards Bull and then moved back to nuzzle Tim’s leg with the side of her head.

“Now as I was saying what did you mean by your comment about money, and someone named Delia?” The cop glared at the disheveled and panicking boy.

With his voice tight from panic Tim cleared his throat and channeling his TV crime show watching, “I’m not saying another word until I get a deal.” He had no clue what kind of deal he could get with the information he had. Or even if it was real. The information that is, but Delia had threatened him if he said anything about what he heard when she was on the phone that day. And he knew he was in big trouble. But it was for the chickens.