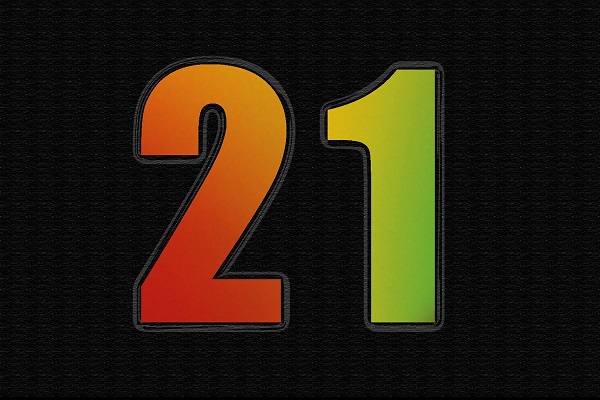 MT returned home from the tattoo parlor and walked into the room where she’d left Cathy. “We’re all set. It sounds like the car is on its way to getting a makeover.”

“Fabulous,” Delia said. She was sitting next to Cathy with her legs crossed.

“How are you feeling Cathy?” MT asked.

“My face hurts, and I’m scared. But your friend, Delia, wow. She knows what’s scary and what hurts, and so I guess I’m not so scared right now. She’s helping me see a way to the future. Both of you are. Thank you.”

“I’m glad it worked out,” MT said. When Delia was at the tattoo parlor earlier, she asked MT to keep an eye out for Cathy. MT hadn’t expected it would be so easy to draw Cathy into her confidence much less move Tyson’s billions. Billions. MT counted the commas a few times to be sure. A person with money like that just kind of walked around town, kept a barn of chickens, and abused his wife. Were all billionaires assholes or just this one?

“Mmmm.” Cathy settled back in the chair and lightly pressed the bandages at her eyes. “I can’t believe I left Tyson.” She sat up. “My god! He’ll kill me if he finds me.”

Delia leaned forward. “Probably, but we’re not going to let him do that, are we?”

Cathy’s voice was small. “No.”

MT held Cathy’s hand. “He’s been killing you since you got together. This is what it feels like when your life is your own. It’s a big deal what you did today. Give yourself some credit.”

Cathy squeezed MT’s hand. “I feel like the stars aligned. Like you were there for a reason when I came out of Dr. Fox’s office. I doubt I could have made it to Seattle. And you were able to help me move the money. Then Delia was here. What a gift.”

Delia met MT’s look and smiled with her eyes.

“MT,” Cathy said, “Delia and I were talking about creating an endowment at the Animal Farm Shelter. I’d love it if you were part of it with us. It’s the least I could do to thank you for your help.”

“Delia, could you explain it again? The money is safe in the Cayman Islands, but how do we spend it?”

Delia uncrossed her legs and leaned toward Cathy conspiratorily. “We launder the cash in various businesses – car washes, laundromats, strip clubs, casinos, bowling alleys, tattoo parlors.” Delia winked at MT. “Fifty to sixty percent comes out clean. We put that toward the endowment.”

Even through her bandages Cathy looked puzzled. “I’m sorry to ask this again. My face hurts. That sounds complicated. How do we access the money?”

“Look, Cathy, my family’s been in this business for four generations. Leave the complicated part to me. The, air quotes, endowment,” Delia gestured, “is our piggy bank. We run the books on that money. Make sense?”

MT smiled. “Now that’s something to think about.”

“I haven’t had time to do much to this place,” Delia said. She sat at a bistro table. Pool care items decorated the walls. “Do you like it?”

“In this soggy town? What about you? You are obvious.”

“Point taken, but I’m here to do a job, and I just landed a winner. I could be gone in a heartbeat, but I’ll hang around for a bit. I don’t want to raise suspicions. It was an easy catch, but you’ve probably already heard the noise.”

“Sure. A lotta squawking.”

“How soon can you start the wash?”

“Honey, I just hosed down the truck.”

“The fuck, Pino?” Delia glared at him and let a pouty silence hang in the air. “And what possessed you to risk the business with that melon shit?”

“Well, get this, the planet now has more than 8 billion people on it. Does that excite you?”

“That so?” Pino’s eyes lit up and one corner of his mouth arced into a smirk. “It does.”

“Cathy, I’m getting you out of here.” MT was firm. “I have a friend coming by in a rental car. What was your original plan for when you reached Seattle?”

“I don’t know, exactly. Disappear into the anonymity of the city. Hop on a plane. Drive. Go somewhere he wouldn’t think to look for me. Hideaway. Cache. Truth or Consequences. Nameless. Looneyville.”

“Exactly. I already have a new identity and documentation. I’ve been planning this for a while. I guess I should have known that other women have escaped bad relationships. I’ve felt alone for so long. It’s my own fault. You’re helping me, and I’m touched. I don’t feel I deserve your help.”

“Shit, Cathy. Don’t make this harder than it needs to be. Do you mind if I take the bandages off and see what you look like?”

“Go ahead. I hope I’m ugly. And if the procedure winds up killing me from infection or blinding one of my eyes, it will still be ok. At least it was MY choice.”

“Looks like you have a broken nose and a slice down one side of your face that runs through your eyebrow, eyelid and into the hollow of your cheek. It’s stitched up of course.”

“You paid Dr. Fox to make it look like Tyson beat you up?”

“I can work with this. You have sunglasses?”

“Rad. Let’s get you some traveling clothes. Here,” MT dug in her dresser. “Artful Dodger Tattoo hoodie. Your jeans will be fine. I doubt people will make eye contact with you dressed like this with your face all cut up. Let me black up your other eye with eyeliner.”

“Lose your cell phone if you still have it on you.”

“I left it in Tyson’s playroom. If anyone comes looking for me, they’re going to find things Tyson doesn’t want them to.”

MT straightened. Cathy was full of surprises. “I guess you have a wad of cash on you?”

“I’ll bet. Here’s a burner phone.” MT slid the flip phone into Cathy’s hand. “Keep the battery out. When you use it, short is your friend. It has a few numbers programmed in. Me and Delia. We have more than one. Call the first number in a couple days so we know you’re ok. We’ll establish the next contact then.”

Cathy held the phone to her heart. “This is really happening?”

MT opened the passenger door of the black Maxima for Cathy. Once Cathy was settled in, MT introduced the two women to each other. “Amy,” MT looked to her friend, “meet Emily.” MT looked into Cathy’s sunglasses hoping to see through the reflection to Cathy’s eyes but saw only herself.

“Phil? The fuck you doing?” Bull had come to tell Delia he was quitting. All the humans at Animal Farm, except Tim, made him feel like he was striding toward a parole violation. No money was worth being separated from Cherry again. He knew he would be fine if he could escape the tractor beam of cagey dealings he seemed drawn into.

Phil stammered. “Uh. Uh. There was something beeping. I was trying to, uh, see where it was coming from, and, you know, stop it from beeping.”

“Where was the noise coming from?”

“Really? That’s strange. I don’t hear anything.” Bull was done with the place. It was probably better for him that Delia wasn’t there.

Phil cocked his head like a robin. The police scanner fuzzed with static.

“Since you’re here,” Bull said, “could you lend me a hand over in the barn? I’ve been working on a place for the chickens you said we should expect.”

“Oh. Yeah, sure.” He reached for his coffee but thought better of it.

They walked out of Delia’s office together. “In some situations, Cherry’s only so much help.”

Bull pointed at the new coop. “I’m not entirely sure of the design. They like to be totally closed in at night?”

“Yeah. All kinds of critters like to snatch them in the dark.”

“Ok, that’s what I thought. I have another support to add at the top. You go in, and I’ll feed you the lumber through the ventilation slit up there.” Bull pointed near the roof. “It anchors near the roof on the far side in there. You hold it up while I secure it out here.”

“You bet.” Phil went inside the coop.

Bull pushed the lumber to the back of the coop and closed the door as he did so. “Hold it.”

Bull quietly slid a plank across the coop doors, locking Phil inside. He put several screws in the plank to ensure Phil wouldn’t get out any time soon and made a half-assed attempt to secure the 2×4 at the roof. “Darn it.”

“I don’t have the right length screws. The one I have in there barely bit into the roof beam. Hold on a minute but don’t let the wood fall.”

Bull walked across the lot where Cherry was waiting for him in the truck, got in, and drove off.