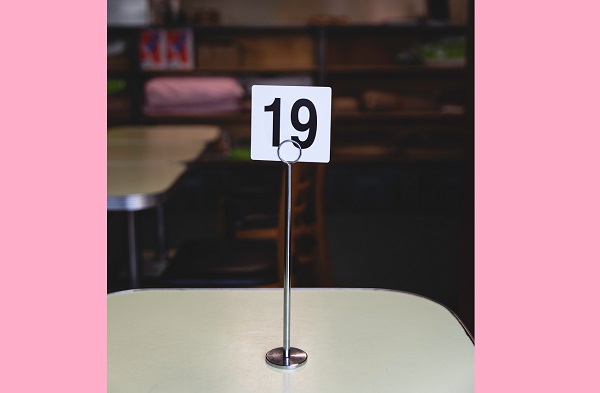 Grey haired Sergeant Ralph Pepper didn’t like the congenial way his officer, “Chuck,” was cavorting with Tyson Cluckers.  He had always liked working with Charles – thought he had behaved well in his time with the department, proving himself to be a fair and accurate officer, even during the “defund the police” days – but his informal tone with his old pal made him wary.  And, nearing retirement – but not quite near enough for his liking – he was already weary.

“It just doesn’t make any sense,” Tyson said as they strode down the dirt track to the barn.  “She doesn’t go anywhere, I mean anywhere without checking in with me first,” he said to ‘Chuck.’

“What do you mean, ‘check in with you first’?” asked Pepper, his inquiry reminding Tyson that he wasn’t just chatting to his former classmate, but officers of the law.  Pepper realized that he was coming off as a salty old dog and rolled his own eyes at the thought.

“What? Oh. I mean, ‘tell me.’  She usually tells me where she’s going,” corrected Tyson, continuing on hurriedly.  “Cathy has barre class a couple times a week but that’s the only time she goes out in the morning.  But never before I wake up.”

Sergeant Pepper noted the way Tyson hitched ever-so-slightly as he amended his statement.  Twenty-seven years on the job had given Pepper plenty of time to home in on the habits folks didn’t even realize they have – tics that can tip a fella’s hand, turn them from victim to perpetrator in an instant.  Pepper was aware that everything Tyson said could be a ruse, a scheme to collect an insurance payment for the damage at the farm, or that his wife may not really be missing, at least not by accident.  Hell, she could have just gone to her sister’s, mentioned it over dinner, and, given Tyson’s self-indulgent and selfish behavior, he could’a just forgotten she’d said something.  Pepper made a mental note to ask: Did Cathy even have a sister?

The three took long strides, arriving at the barn in rapid fashion.  Tyson sighed.  “And I don’t know what’s going on here,” he said, gesturing at the barn, tones of annoyance dripping like the weather surrounding them.

The sight in front of them was a chaotic mess.  Feathers floated in the breeze, landing on the dried grass, the gravel, and the wire of the coops, only to be picked up and resuspended.  Blood trailed in uneven patterns in the barn and on the road.  Tyson ineffectively batted at a feather floating in front of his face, agitated.  A couple of rain-moistened feathers had stuck to the front of Officer Winthrop’s jacket.  Sergeant Pepper reflected that it was as if they were standing in a snow globe.  But when does a snow glob contain a (potentially) murderous kidnapping scene? he wondered.

He resurfaced from his musing to hear Officer Winthrop mid-sentence.

“ – bobcats seen in the vicinity.”

“No,” Tyson shook his head vigorously, “no chance.  The staff know better than to leave a door, gate, bolt, or even their fly open.”

Winthrop nodded agreeably, making Pepper feel sick to his stomach.  He was still annoyed that Winthrop had promised to do “whatever it takes to get Cathy back safely.”  She hadn’t even been missing a full 24 hours and, besides, he had absolutely no business making promises.  Pepper frowned at the recent memory.  He loathed when officers treated the local wealthy businessmen differently than the rest of the community.  Until now, Winthrop hadn’t succumbed to that level.

“What about the staff,” asked Charles.  “Did you lay anyone off recently?  Anyone seem disgruntled?”  He was talking to Tyson like a friend, a big brother that he looked up to, rather than an interview subject.

“Nope.  It’s a small staff, for the size of our facility,” Tyson responded.

“Well, we’ll be able to review the security footage,” offered ‘Chuck.’  He didn’t seem to pick up the intensity and evasiveness Pepper noticed in Tyson’s tones and mannerisms.  Winthrop was a good cop but clearly too close to this guy, thought Pepper, even if he claimed to just be old high school pals.

“Is it closed circuit,” asked Pepper, “or do you use a company for monitoring?  How long will it take you to get us access?”  A feather, dampened by the mist, landed on his shoulder.  He didn’t bother to brush it off.

Tyson was already pulling out his mobile phone.  “I can have it up for you in just a couple of minutes.  It’s always accessible to me.”  His fingers seemed to punch the screen harder than necessary, and Pepper found himself wondering if the screen might crack under the pressure.  “It’s just a matter of –”

“Start after you last saw everything as it should be,” offered Officer Winthrop.

“Here we go,” said Tyson, holding out the screen for the three of them to view together.  He set the video playback to five times speed, and it didn’t take long for them to see something unusual.

“What the…” trailed Tyson, drawing the phone toward his flushing face, and becoming increasingly agitated.

Winthrop put his hand on his buddy’s forearm and Pepper appreciated his officer’s attempt to deescalate.  “Let’s get somewhere we can look at this on a bigger screen,” he said softly.

Tyson couldn’t pull his eyes away from the phone.  “Yeah,” he said, distracted, “Let’s go to the house.  I have a laptop we can use.”

Tyson Cluckers was incensed.  He had already spent twenty minutes pacing in his kitchen.  How had a skinny, little kid gotten ahold of his Tesla?  Though he was furious, a part of him appreciated the gumption of the scraggly twerp.  Took a lot of balls to use a man’s own car to liberate a few hens.

He stood at the granite island in his state-of-the-art kitchen – that he never used – drinking a glass of water while Chuck and the other officer watched the footage over and over again, making notes.  What he really wanted was a cold beer – or a glass of Bullet Rye Whiskey, neat – but he was pretty sure it was uncouth to drink in front of cops when they were still in the process of investigating and taking your statement.

The officers were hunched together at the end of the island, scrolling through the different camera angles.  One angle showed the Tesla coming up the drive, very slowly, as if it didn’t know it was in the right place, the crown of the driver’s head barely visible above the steering wheel.  Another showed the Tesla backing toward the barn, weaving at variable speeds as if drunk, narrowly avoiding first a ditch and then a fence.  A third showed the kid getting out of the car and opening the barn doors, struggling to move them.  Another angle showed just how inept the boy was at moving the chickens from coop to car.  And then there was the bobcat that streaked out, hen clenched in its jaws.

The officers had asked if he recognized the teen – he didn’t.

Then they asked if there was any chance that his wife knew him, any chance she gave him the car.

“Not a chance,” he responded.

The elder of the two had the audacity to ask him if there was any chance his wife was having an affair.

“Not. A. Chance,” Tyson responded again, his voice low and stern, locking eyes with the cop until Chuck said something to break the tension.

Tyson was glad the two were reviewing footage again, speaking to each other in hushed tones.  He didn’t like what the older cop had inferred.  Damn bastard.  He lifted his glass and set it back down without taking a drink.  Water wasn’t cutting it.  Cops be damned, if he wanted to drink in is own home, he was going to.

He strode over to the built-in maple bar between the kitchen and the dining room, picked up a crystal highball glass, and poured himself an unhealthy measure of whiskey.  He took a swig and sighed.

Tyson turned and glared at Chuck over the top of his highball glass, eyes glinting.  Chuck swallowed, mid-sentence, and appeared to blush.

“Any chance,” he continued, “Cathy went out of town?  That she told you where she was headed and that you… misremembered?”

Tyson responded by silently sipping his whiskey, sauntering back to the island, and staring at his old friend. He had already told them that nothing was missing and was still annoyed at the older cop restating that he, Tyson, hadn’t noticed anything missing.  As if there was a difference.  As if Tyson didn’t notice things in his own home.  As if he would misremember his wife.

“Okay,” Chuck said, glancing at the other cop.  A beat passed between them.

“So,” said the old cop slowly, hands folded on the island in front of him. “What is it that you think happened?”

“I think that’s what the two of you are supposed to be figuring out,” Tyson responded, locking eyes with the old man again.

“Tyson,” Chuck started, his tone half placating, half admonishing, but the old guy cut him off.

“You and your wife have substantial funds.  Has anyone reached out to you?”

“If she were kidnapped and someone asked for ransom –” Chuck began.

“– I’d cover it,” responded Tyson, his voice and eyes, cold as ice.

He took another sip of whiskey.  His glass was lighter than he wanted, and he wished he had given himself a heavier pour.  These two cops were going nowhere, fast, but he saw them give each other sideways looks when they thought he didn’t see.

Chuck sighed.  “How much would you be able to cover?” he asked.

Tyson set down his glass with force.  “Enough,” he said, his jawline tensing.  “I’d be able to cover damn near anything they asked.”

“Are you sure?” asked the old guy.

He picked up his phone, punching the screen as if the phone itself was causing all his problems of the day and a little force would knock everything in line, back where it was supposed to be.  Tyson opened the banking app he used, one with two-factor authentication, and went through the steps to securely log in.

“Here,” he said, before the screen fully loaded.  “Right, here—”

Tyson’s voice trailed as the numbers appeared before him.  He felt Chuck and the old guy’s eyes on him as his blood boiled.  He would never know the shade of puce he turned as he felt fury flood his body.

He heard himself shout “That fucking bitch!” and a glass smash against a wall before he blacked out in rage.