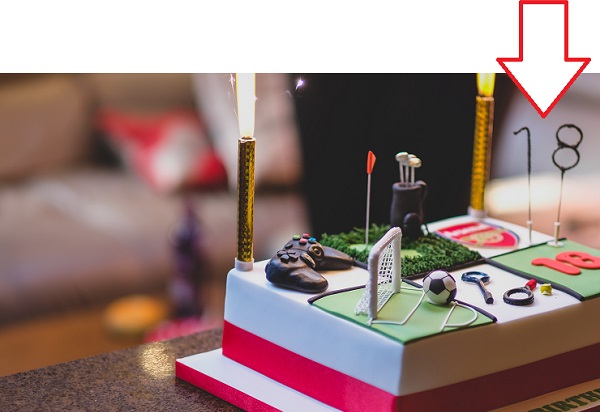 Harry Collier had reimagined himself recently. His body shop was receiving undue attention from occasional visitors who stank of Popo—men whose shoes were too clean, whose collars were too white, whose questions led too far along a path he denied following. He’d chosen to pull up stakes. New phone number, new address. But he’d kept the old number in case an occasional client he trusted rang him up.

And that was happening now. It was Audrey, dear poodle-haired Audrey, calling to get some body work done, he supposed. He flipped open the phone and answered the call.

“Harry! Where are you? When did you close your shop?”

“Now, now, don’t panic. But let me call you back.” He snapped the phone shut.

She wouldn’t be turning on him, would she? Nah. He could drag her down as easily as she could him. He fished his burner phone from his desk.

“Hello?” Audrey whispered, as if whispering would keep surveillance recordings from counting in court.

“Yeah, it’s me. Don’t call this number ever. Call the one you know. Now, here’s the deal: I closed that shop because of some snoopy guys from Seattle. I grabbed a building on King Tut Road. Shop has a new name. Mo’s Transformations. You can call me Harry on the phone, but in person, I’m Mo.”

“Wow. You’re really worried. Is it taxes? Or just the paint jobs?”

King Tut Road. A short stretch of road heading west from the Guide Meridian, named after some guy. Audrey thought it might be too easy for the feds to narrow down the location of the new shop. But that was up to Harry. Rather, Mo.

She drove the van to Mo’s Transformations. She didn’t see Harry, just one of his employees, a guy with a red crewcut. Then she realized she was looking at Mo, who, as Harry, had had a grey ponytail that showed his age. His beard was gone as well. She had always thought his beard was flattering, because, as with A. Lincoln, a beardless Harry was not much to look at.

“Hi there, Mo,” she said as she waved, “Long time. Care to have a look at a car we need to clean up right quick?”

She looked around the yard. A blue steel warehouse that had its previous name masked with green paint, without a replacement name to attract business. Word of mouth seemed to be Mo’s new business model.

Mo wiped his hands on his jeans and leaned on Audrey’s door. “How hot is this car?”

“More conspicuous than hot. Hop in, and I’ll show you what’s up.”

Polly usually did something most gamblers at the casino didn’t do: she quit while she was ahead. Since she left the daily earnings from her side gig up to the largesse of her clients, it sometimes took her longer to get ahead. But today was a good day. Her second gentleman caller, a Texan who came equipped with the requisite Stetson, had forked over two Benjamins, and that was before the incident.

After she escorted him safely to his rental Mustang convertible, an appropriate shade of red, she sauntered back through the drizzle to the trailer, broom in hand, shooing beat-up hens as she went. How they got here, and how they got so bloody, was anyone’s guess. All she knew was that they had helped her end her workday early.

Diamond Jim, as she called the Texan, had almost dragged her to the double-wide, he was so eager to avail himself of her services. But near the door, he saw a couple of hens pecking for bugs, and he pulled up short, as he might have on a horse, if he actually had ever learned to ride one. He stepped sideways as a skittish mare might, walking a half-circle and backing to the cinder-block steps to keep the hens from attacking him from the rear.

“I’m not a fan of chickens,” he drawled. “Got bit by one when I was a toddler. Poked a hole in my hand when I tried to pet it. Can’t stand ’em.”

“Oh, sugar, they won’t do you no harm.” Polly was trying out her Southern Belle persona, hoping it would be close enough to whatever Texas women sounded like. “Let’s get on inside. I’m so hot I could fry eggs on my boobs.”

“Hot? In this weather? Oh, got it. Yeah, let’s go.” He licked his white mustache and backed up the blocks into the trailer. Once he crossed the threshold, he relaxed.

When they were settled in her room, Polly thought she heard a commotion in the living room. Must be outside, she thought, because the cackleophony of numerous hens sidling up under her bedroom window made more sense than having a kitchen turned into a coop.

And yet, when ol’ Tex zipped up and handed her his gratuity, the hens seemed louder. And sure enough, when he opened the door, he first gasped, then screamed like a lobster taking a hot bath.

He backed into her, stepping on her bare right foot, and slammed the door. His boot made a dent in her instep, and as he screamed, she screamed. Her response made him panic more, and he turned his back to the door and pushed to keep it closed, as if the hens had opposable thumbs and might turn the handle.

Once he stepped off her foot, she stopped screaming and grabbed her foot. She hopped to the bed and sat, massaging her toes, while Tex tried but failed to stop screaming. He stuffed the arm of his white sports coat into his mouth, which muffled the rhythmic utterances, but his face was cherry-red, and tears streamed down his cheeks.

He cleared his mouth and enunciated, “Chickens.”

She looked at her dented foot and shook her head. “Yeah. Hens. We have a chicken farm around here. Sometimes one or another gets loose.”

Tex locked the door and knelt before her. “Look, I can’t leave until you get the chickens out of the living room. How did they get in here anyway? I closed the door. Is this a trick?”

“It certainly was. But I don’t know nothin’ about the hens, honey pie. You just have to put on your big-boy hat and strut right past them like you’re a cock-a-doodle-doo rooster and show them who runs the barnyard.” She patted him on his sopping cheek.

“I can’t.” He buried his face in his hands and cut loose with huge sobs.

“Well, I’m gonna have to work on whatever happened here so you’ll feel safe. That may take awhile.”

“Oh, no,” he groaned. “I have to fly to Midland in three hours. How long are we talking?”

“How fast do you want them gone?”

He looked up. She winked.

“How about another hundred fast?”

“Ooh, I dunno. Sounds like five-hundred-dollar fast to me.”

He sighed and pulled out his wallet. He handed over five crisp hundred-dollar bills and ran to the master bath. After he closed the door, Polly slipped out of the bedroom to face her new friends, the hens.

What she saw intrigued her. Her progeny lay on the couch, his face a bloody mess, feathers in his hair. Lynn from the shelter sat by him, dabbing his forehead with a damp pink rag that probably was white a short while ago. Lynn looked up.

“Your son is injured, and he may need a trip to the hospital and a way to avoid going to jail for auto theft,” she scolded.

“Like father, like son,” Polly replied. “But I sure wouldn’t have given Tim credit for such boldness. What the heck did he do?”

“We can talk about that later. How about we get Tim disinfected and put him to bed?”

“Hen scratch fever, duh duh duh!” Polly was at it again. “Actually, the big priority here is to shoo out the hens and clear a path to that Midlife Crisis-Mobile out yonder. Fella in the bathroom is chicken of chickens.”

Lynn gawked at Polly. “Mrs. Bird, have you no shame?”

“I think it’ll be a shame if we don’t help ol’ Tex to his car. He paid me well to do just that. I’ll give you twenty if you help me.”

Lynn shrugged her shoulders. “This can’t take long. Then we can tend to Tim, right?”

“Sure.” Polly grabbed a broom and started swooshing at the hens while Lynn held the door open. When the last feather settled, she called out, “All clear!” her client peeked out, then rushed to the door.

“That’s Phase I,” Polly explained. “Now, stay close while I cover you and get you to your car.”

Waving the broom like a censer, Polly moved steadily forward on a direct line to the car. Tex jumped into his seat and hit the starter button. He did a quick 180 and sped down the lane. As he slowed at the end of the trailer park road, a bobcat, a hen in its mouth, leapt into the back seat of the Mustang. Tex floored the car, screaming once again. Polly wondered if he was screaming about the cat or the hen.

“Sheeee-it,” she thought as she sauntered home, swatting at the hens. “Some days are diamonds.”

Ginny watched the bobcat nab one of the hens she didn’t know well, one who had been slated for execution anyway. That didn’t make the lost hen any less a part of the Sisterhood, and in fact the reduction in the Hen Army by one would make the eventual overthrow of the Cluckers a bit more of a challenge. But not much more.