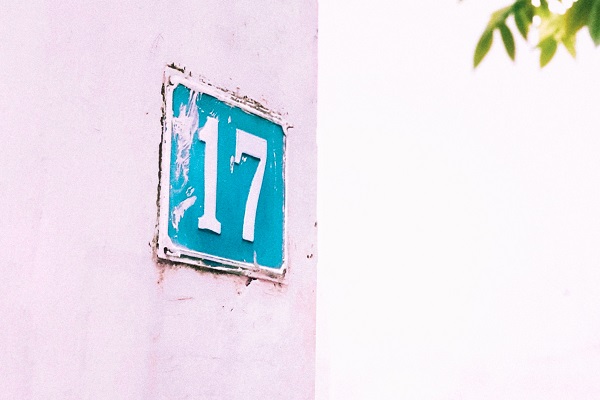 Audrey directed Lynn into the fading sunlight filtering through rain streaking down the window between swipes of the wiper blades. On the far side of the trailer park sign she spotted the white Tesla with the chicken on the door. The car was pulled over at an odd angle.

“Stop!” Audrey almost barked with urgency and Lynn slammed on the brakes, putting her tires into a skidding stop just beyond the Tesla.

Audrey scrambled out of the passenger side door and hoofed it as fast as her arthritic knees could go. Adrenaline only helped so much. The flurry of feathers inside the steamy windows caught Audrey’s eyes first before she noticed the blood streaks and Tim’s head against the side window. She yanked the door open then flinched backwards as hens flapped at her in their haste to escape.
“Tim!, Tim? Can you hear me?” Audrey reached out and shook Tim’s shoulder.

Tim’s head lolled to one side once it was no longer supported against the window.

Lynn appeared at Audrey’s side, “Oh, no, what have they done to him?”

“They must have felt trapped,” Audrey replied as she lifted Tim’s head to survey the damage, “Poor things, they didn’t realize he was on their side. What are we going to do with him?”

“Should one of us see if we can find his mother? Do you know which trailer she’s in?”

“I do, and I doubt she’d be much help at all, could even be more of a hindrance if you ask me.”

“But we need to get him some help. He’s still bleeding and if he loses much more blood…” Lynn trailed off. She’d been on the receiving end of blows, physical and emotional, so she could understand why home may not be the best place for Tim right now. She’d never seen anyone as scratched as he was.

Tim lifted his head a fraction and his eyes flickered, trying to find focus through lids already swelling and the salty sting of blood in his eyes. “Who? What? Where am I?” He mumbled through battered lips.

“You’re at the entrance to your trailer park. But how did you get Clucker’s Tesla?’ Audrey didn’t want to tax him with too many questions, but maybe if she knew how he had come by the car they might know who was trying to help Tim.

“It was the girl at the tattoo place.”

“That’s the same place as Dr. Fox’s dermatology practice.” Lynne interjected. I must have seen it there for hours earlier today. If it had been parked in that spot another hour I would have had to ticket it. But it was gone by the next time I came around.”

“How did you get the car?” Audrey asked, hoping not to compound Tim’s predicament with a warrant for a stolen vehicle.

“The tattoo artist. I met her with Delia and Bull.”

“That’s where we need to get him to,” Lynn chimed in. “We can’t take him to the hospital, that could get him in even deeper doodoo, A tattoo artist will know how to deal with all this blood.”

“What does a tattoo artist know about blood.”

“It’s part of their training. They have to know about how to handle blood born pathogens as part of the safety aspect of their certification.”

“Let’s load him into the van. I don’t think anything is broken.”

The two women gingerly pulled Tim out of the driver’s seat. It appeared the hens had not pecked into any major blood vessels. “Face wounds always look worse than they are.” Audrey assured Lynn. “I dealt with enough bloody faces of middle school boys to know what a mess they can make with minimal damage. I think he’ll be okay, but we need to get him cleaned up and figure out what to do with this vehicle.”

Meanwhile, M.T. had decided Cathy couldn’t get into too much trouble sleeping off her fatigue and pain in the lounger. She needed to take care of calling a few clients to see if she could rearrange her schedule for the next day. Cathy was going to need help and care. Not only that, she wondered what sort of mess Tim may have gotten himself into with the car. Perhaps he would have brought it back to the office and it wouldn’t do anyone any good, least of all Cathy to have someone find it there, especially Cluckers.

Back at the animal shelter, Bull was done for the day and since it looked as if Delia was wrapped up in some heated discussion in her office, he thought he’d head into town to see if he could find something to eat before dark.

As he pulled out of the parking lot, who should be limping in but Tom, dragging the bicycle alongside his shaky legs.

“Can I give you a hand with that?” Bull leaned out the driver’s window to call across the road.

“You can take this darn torture contraption and unload it on the next kid you see who needs a ride. Let them be cursed with it instead of me.” Tom retorted. He would be seeing so much profit from the deal with Tyson, who gave a hoot about the stupid bike.

“Sure thing.” Bull climbed out and swung the bike into the bed of his truck. Cherry, sitting in the passenger seat, let a low growl escape as Tom passed around to the other side. “What’s the matter, girl, he’s just got some problem with biking. I’m sure he’ll be fine once he gets to the shelter. They’ll take care of him. Not for us to worry about.”

Bull pulled into a parking spot in town. M.T. walked past as he got out of the car. She was putting her key in the lock of the front door of her shop when Bull realized he’d found a place to park right in front of it.

“How’s that little friend of yours?” She asked him as he emerged from the car.

“You mean Tim? Haven’t seen him all afternoon.”

“Yeah? Well he took off with a friend’s car and hasn’t brought it back yet.”

“A car? I didn’t think the little fella was old enough to drive yet.”

“Me neither, but he seemed to need it pretty bad, so I let him have it.”

“You let him have what?” Came a voice behind her. It was Audrey.

“How do you know each other,” Bull asked.

“Lynn has Tim in her van around the corner. He told us this tattoo artist gave him the keys to a Tesla. He’s torn up pretty bad and needs help.

“He left it on the side of the road out near his house. I think he was trying to get home and didn’t make it.”

“What happened to the Tesla? Is it safe?” M.T. wasn’t sure who or what to be more worried about at this point, Cathy, the boy, or Cathy’s car. She hoped it hadn’t been left anywhere that Clucker or the cops could find it. She was pretty sure Cathy’s husband would have the cops involved by now if he knew the car and his wife were missing.

Bull followed Audrey around the corner and between Lynn and Bull on either side to prop Tim up they got him into the tattoo place and onto a table where M.T, could minister to him.

For the second time that day, M.T. felt herself getting involved in other people’s problems in ways she hoped she could disentangle herself from. The last thing she needed was having cops or news reporters showing up and getting her face splashed into the news. You never knew these days what sort of stories would find their way to national TV and the adage of the business was true, what bled led and this was a bloody mess in more ways than one.

Once it was clear the gals were making sure Tim was cleaned off and patched up, Bull excused himself. Cherry was waiting for him in the cab of his truck and he needed to get both of them to a meal. He wasn’t sure what was going on, but he was pretty sure he didn’t want to get messed up with whatever the gals were starting to talk about as far as what to do next. He had a hunch there was at least a hint of law breaking of some kind involved and he didn’t want to have anything to do with something that put him at risk of a parole violation this soon.

“Someone needs to retrieve the Tesla and get it out of sight.” M.T. opined once Bill had left.

“It’s going to be a tough one to hide, with that chicken logo displayed on the side,” Audrey added.

“I’ve got, I mean a friend of mine knows a guy with an auto body shop out past the Why Road. He’s done favors for some of the folks I’ve run into having to give tickets. A lot of the impounded vehicles …” Lynn trailed off as soon as the realized all three pairs of eyes were on her. “I mean I’m just guessing this car is going to need to get disguised and he can do a paint job in a hurry. He’s Harry at the Grey Pony-tail body shop if you know the place.”

“Yeah, I know Harry,” M.T. came to Lynn’s aide. “He’s had a tat or two from me. Good guy, quiet, friendly.” M.T. didn’t want to say anything about why or how she had come by the Tesla and Audrey and Lynn sensed they ought not pry.

“I mean, if someone’s in trouble and needs a place to stay that is safe,” Lynn continued, “I mean I’m thinking of Tim and what we might need to do to find him a place to stay that is safe and cover up whatever happened with the car.” She couldn’t help but wonder how the car had become available to M.T. and why. Her hunch was that there was more to this situation than a hen heist and an underage driver.

I also know a gal, a friend, who has a place out past Harry’s, on the other side of the rendering plant. She bought into some land when the developer had to unload hit cheap. Turned out the big city tech folks he was hoping to sell his overpriced monster mansions to out on acreage weren’t too keen on being down wind of that stench. She got lucky and the county has been spared a little  of the cul-de-sac creep taking over the woods out that way. She’s taken in a lot of chickens some of the in town folks had to unload when their easy egg schemes got more complicated than they had counted on. I mean, she might be able to help Tim out. It could be a good place to tuck away a Tesla once it gets a paint job to disguise it.”

“Sounds like a plan,” Audrey stepped in when the other two remained silent.

M.T. nodded, “I’ll have to see what the owner wants to do once I can get ahold of …” M.T. stopped herself before she said too much more.