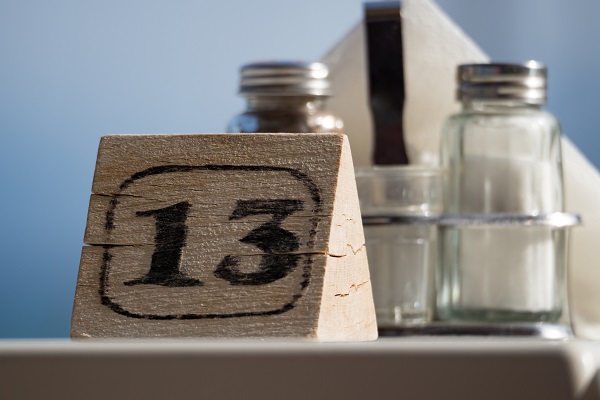 The air is blue around the intersection of Ten Mile and Noon roads. Tom’s right knee and elbow are red however, as blood oozes freely from both. “Damn bike!” he yells at the lone cloud in the sky. Having never ridden a bike in his life, he’s unfamiliar with the oddity of toe clips. His Mosaic RT-2 lay in the gravel, the back wheel clicking in slow circles ignoring his pisstivity, its titanium frame in much better shape than his ego. Brushing the rock chunks from his skin, he picks up the bike and gets back in the saddle. He can do this. He has to do this. With a couple wobbles, he heads back down the road to meet up with Tyson and the deal of his lifetime.

Tom pedals into the yard at Cluckers Farms and dismounts, careful to pull his toes out of the clips before coming to a full stop. He looks quite the mess, dried blood on his arm and leg, large beads of sweat on top of his bald and now shiny head and a dirt smudge on his nose where he keeps wiping the sweat out of his eyes.

Tyson steps out of the farmhouse through the squeaky screen door. His tight black bib-tights and lime green jersey stood in contrast to Tom’s choice of red, white, and green jersey and shorts with “ITALIA” splashed on the chest and down his right thigh. Tom looks down, flushing slightly comparing his tuft of silver chest hair and beer belly pushing the bounds of fashion and capacity. Tyson is sleek and muscled, like he belongs on a bike. Tom looks like he is trying too hard. Likely he is, but desperation makes a guy push his own limits. Luckily, Delia hadn’t seen him leaving the house, he’d never hear the end of it.

“This old thing?” “I’ve had it for a while,” Tom offers, glancing down to make sure there were no tags left on the frame and check the sting of his knee and his face.

Without another word, Tyson’s already peddling out to the road. Tom fumbles a bit with the toe clips and has to stand and peddle hard to catch up. He’s already panting when he finally does. “This guy doesn’t mess around,” Tom thinks as his knees churn and he thumbs through gears to slow the peddles a bit.

“So, what’d you want to talk to me about? You’ve got a couple hours on this loop.”

“Just a minute,” Tom sputters out, trying to process a couple hours of this and enough oxygen to keep from passing out. The bike eventually finds its way to a decent gear, allowing him to catch enough of his breath to think and speak. “So, how’re the chickens doing?”

Tyson continues to pedal on, not sweating, not panting, just cruising along Badger Basin Road. After an uncomfortably long minute, “You seriously joined in to ask me about chickens?” He cranks a hard left onto Loggerhead Road.

Having no warning, Tom nearly misses the turn and swings wide and through the gravel shoulder on the far side. He cusses under his breath and fights to keep the dang contraption beneath him. He is not starting out well, at all.

Rufi glides through the Oregon grape and alder brush with his nose wagging back and forth. The sweet smell of chicken pulls at his stomach. The crunchy kibble he’d had yesterday moved right through him, leaving his bowels as clean as his teeth. It was certainly not a fun experience but was necessary, in the moment. Now he is on a mission to fill up on some of that delicious smelling chicken.

Pausing momentarily at a roadside stream to drink his fill, he stretches and listens. A clicking, buzzing sound, not like any bee or bird he has heard comes whizzing around a corner into full, colorful view. Two humans quickly floating toward him on whooshing contraptions carrying them toward him. Rufi freezes, unsure what to do. Panic! He darts forward, bounds over the stream, and stretches out full tilt for the brush on the other side of the road! They narrowly miss him. He slides to a halt just beyond the blackberries. Turning to ensure he is not pursued, he sees the rounder human crashing through the gravel and into the water next to his drinking spot. Humans!

He trots off in the direction of lunch. Sliding along a small meadow’s edge, he pounces on a red-legged grasshopper. He couldn’t resist stopping the movement and he could use an appetizer before the feathery main course, ahead. Doh! There’s another one!

Rufi remembers his mom teaching him and his brother and sisters about grasshoppers and other bugs. They weren’t very filling but could give you some food between mice and rabbits. His sisters were so grossed out about eating bugs though–hope they’ve survived. He saddens momentarily at the memory.

One more for the road. Pounce!

Coming to the edge of the farmyard, Rufi can hear the cacophony of clucking coming from the huge barn. It’s just past the old farmhouse and driveway. Leaping into an aspen, he rests on a branch to scan for humans, or worse, their dogs.

Satisfied that there are not obvious dangers, he scrambles down and heads towards the feast of his life. He bounds across the yard, pausing for a second behind a stump, a lawn chair, and finally a bucket. Crouching in absolute stillness, he looks and listens. Scanning the bottom edge of the barn, he sees that there is an opening along the edge of a large sliding door. One last sniff and a bound and he’s through the opening and blinking eyes to adjust to the dim light of the inside. As soon as he focuses on the nearest hen, the rodeo begins! Dust puffs from every barn crack into the yard.

The hum of the Tesla is almost soothing to Tim as he races toward Cluckers’. The red chicken decal on the steering wheel is a little uncanny, but that doesn’t lighten his foot on the “gas” (go?) pedal. A little hard to feel like your hair’s on fire when you don’t have eight cylinders rumbling through the seat of your pants. But don’t tell that to Tim’s blood pressure. He is running on pure adrenaline and gall! He barely slows the car down to make the turn into the wide driveway and heads straight for the barn.

Pulling up alongside the main loading doors at the end, he backs as close as he can to the building. Hoping that he is out of sight enough from the house, he jumps to work. Lucky for Tim, the door is unlocked. Unlucky for Tim, he walks into a whirlwind tornado of blood-streaked, white feathers and half-bald, Tasmanian devil-hens. “No, no, no!” he yells, seeing the bobcat pouncing, batting, scurrying, and eating, in one liquid motion!

Picking up the nearest thing he can find in the storm, he hurls a cottage cheese container full of hog ring clips at the fiendish cat. In an instant, it disappears through a crack by the back door. “Oh no,” he moans, “you poor girls.” His eyes start burning . . . from the dust and dander.

Tim takes as deep a breath as he can muster without choking on everything airborne. He begins trying to catch the nearest hens which are now all collecting against the opposite wall. Every time he goes right, they, as one, shift left, and vice versa. This continues for what seemed like hours when Tim decides he needs a different tactic.

Up on the wall, by the door, hangs a long-handled salmon fishing net. “Ah ha! I’m not the only one who’s had trouble corralling you ladies.” It takes a few minutes to get the hang of letting the hens run along the wall and into the net on their own. Well, he still has to motivate them to move down the wall.

After trying to get the second chicken in the driver side door without letting out the first one, he opens the sunroof and leaves the doors closed. The third and every other chicken till the car is full came in through the roof. When it looks like the Tesla can hold no more and it will be tough to sit in the driver’s seat without squashing one, he puts down his net. Moving over to the cage of baby chicks, who’s peep, peep, peeping was drowned out by the hen’s panic, he grabs a box full. He sets the box on top of the car and is about to get in when he goes back inside. Crossing the room, he unlatches and opens the back door. “You’re free, run for your lives!”

The hens huddle together and stare at him with an occasional cluck of derision.

Grabbing up the box, Tim cracks the door of the Cluckermobile and slowly eases his way into the churning, cyclonical, feather-storm inside. He ends up having to pull his t-shirt up over his nose and tuck them under his glasses to breath. Press to Start. Start where, he wonders.

Pino tosses the last three watermelons into the brush. He’d found an abandoned farm road through the treed hedgerow off Ten Mile Road. They were beginning to smell a bit winey, and the fruit flies were obnoxious. He’ll have to find a hose back at Animal Farm to rinse out the cargo box. It is already sticky back there.

Using his GPS, he decides to take the scenic route back to the shelter. He sees the large white sign with the red rooster on it, just prior to the cloud of dust and feathers surrounding the barn. “What the . . .?” He slows the box truck and pulls in just in time to make eye contact with a squinty-eyed boy, face hidden bandit-style, stuffed into a car full of bloody chickens.