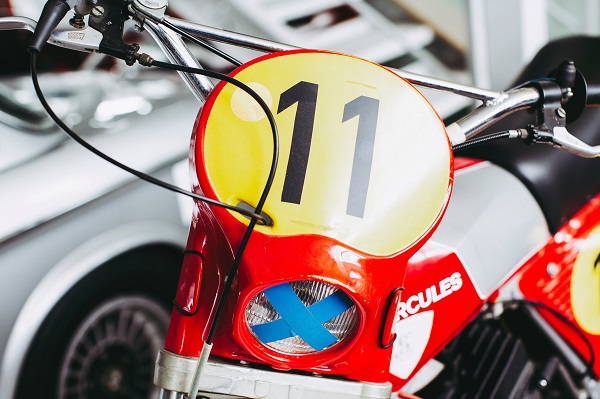 MT had already turned off the neon OPEN sign, and was finishing cleaning up, when the woman staggered out of Carson Fox’s inner office, her face swathed in bandages.

“Are you OK, Mrs. Cluckers?” MT recognized her from the clothes. This was the same woman who had disappeared into Fox’s office early that morning.

“Shh, no names—not that one, anyway,” Cathy Cluckers was swaying on her feet from the after-effects of anesthesia and pain killers. “It’s not me…it’s the new me…new face…” She collapsed into the Barcalounger provided for those about to be inked.

“Do you need me to drive you home?” The white Tesla with the Rhode Island Red rooster on the door had been parked outside all day.

“What’s your plan?” MT hadn’t had one, but this woman seemed to have things worked out.

“Ditch that Cluckermobile—” Cathy gestured at the car on the curb—“and take a bus to Seattle. Hole up in a hotel until the bandages come off.”

“Do you have money?”

Cathy started to laugh until the pain in her facial muscles made her gasp. “Oh, yes, I’ve got money—or access to it. All his passwords and account numbers. The names of the banks in Switzerland and the Cayman Islands. All I need is an internet link and I’ll clean the bastard out!” The effort of this speech exhausted her, and she closed her eyes.

MT considered Cathy’s position. “Hmm. Don’t take the bus; you’d be noticed, and anyway you need to rest. Listen, why don’t you hide out at my place? I’m new in town so nobody knows me or where I live. I have a computer at home you could use to transfer the money.”

Cathy opened one eye suspiciously. “Why would you help me? What do you want? Money?”

“No. I know what it’s like to be trapped in a bad relationship. I just want to help you.” MT saw Cathy was close to tears, so she squeezed her hand and turned to practicalities.  “To start with, let me drive that car somewhere. It’ll attract attention left outside here. Give me your keys.”

With Cathy Clucker’s car keys (say that three times fast, MT thought) in hand, she exited the tattoo parlor. As she moved to the driver’s side door of the Tesla, she was accosted by a teenage boy. He looked familiar. Then she remembered the sad boy who had drunk her yogurt at the park.

“Hi, I’m Tim, Bull’s friend. I wondered if I could perhaps borrow the car?” It all came out in a rush. Tim was nervous. The perfect irony of using the Cluckers’ own vehicle to free the imprisoned and mistreated chickens had appealed to him when he first thought of it. It would avoid having to rent a van—he didn’t have a drivers’ license or the necessary cash for that. He’d hoped Delia might help, but she had shrugged off his threats to expose her dubious plan to “clean” fifty thousand dollars through a construction project at Animal Farm. Now, faced with the reality of carrying out his scheme, he doubted himself. What if he was stopped? Driving without a license was one thing; grand theft auto was another.  And he still hadn’t worked out what to do with the liberated poultry, especially the chicks. Perhaps Bull could construct some kind of shelter for them at Animal Farm, as he was working there now.

MT was more concerned with getting back to look after her new friend Cathy Cluckers than the formalities of license and ownership. This boy—how old was he? He wasn’t very tall—was the answer to a prayer. “Okay. Just drive it away from town. You can dump it anywhere out of sight. Leave the keys in the ignition.” She hurried back inside Tattoo Confidential.

Tim let out a long breath. He wasn’t going to chicken out now. First, a stop at Animal Farm to pick up the bolt cutters he’d secreted in the dog barn—and perhaps give Audrey a hug in case he didn’t make it back alive—then on to Cluckers’ Poultry Farm and his mission! He adjusted the driver’s seat so his feet reached the pedals, then looked around for the place to turn the key for ignition. There wasn’t one. He’d only ever driven his mother’s wreck of a 1998 Pontiac, when she was too drunk to take the wheel. This set up was different. A screen lit up in front of him. “Press start,” it instructed. Cool! He pressed start and heard something. Not the bronchial rumble of the Pontiac’s engine, but a faint silky hum. He slid the gear into drive and glided off.

Delia’s diatribe had stung Tom’s very soul. Hadn’t he always given her everything she wanted? The Bloomingdales account, the Manhattan apartment? Such ingratitude to call her father a failure! “How sharper than a serpent’s tooth it is to have a thankless child.” He remembered that quote from some high school play Delia had dragged him to. She’d performed as one of the daughters—and not the nice one, either.

She’d been right about the drugs though. He should never have encouraged young Pino Noir to get involved with the smuggling racket, but Pino was a newer vintage of villain—he liked risk. The casino idea wasn’t bad either, but a big score didn’t just fall into your hands, you had to work for it, do the research, make preparations.

Which was why he’d bought the bicycle. “How hard can it be?” Tom said to himself as he surveyed the spindly contraption for which he’d paid north of four thousand dollars. “Will it even take my weight?” Tom’s life had been town cars and taxi cabs. He’d never ridden a bike, even as a child. The phrase “easy as falling off a bicycle” reverberated in his brain. However, cycling was step one towards the Big Score.

“I don’t take meetings,” Tyson Cluckers announced when Tom called. “Much too busy. But I ride a 50k loop three times a week. You’re welcome to join me. If you can keep up, we’ll discuss your proposition as we ride.”

Tom’s research had revealed that Tyson Cluckers and his younger brother Purdue were potentates in the poultry world. Besides the fifty-acre spread outside town, they owned extensive operations in Alabama and Louisiana, where immigrant labor was cheap and nobody asked questions. None of his factories followed USDA regulations—that would cost money. Besides, Tyson hated government. Not just the Department of Agriculture but all government, and especially the Internal Revenue Service. The Cluckers evaded taxes by channeling their wealth into secret offshore accounts. But the Treasury Department was bearing down on those accounts and Tyson was looking for another way to keep his money out of the IRS’s hands. That’s where Tom came in, with his “charitable deductions” scheme. After all, charity begins at home, and the Animal Farm shelter was less than a mile from Clucker Castle as the crow flies.

Tom’s research had also uncovered that Purdue was unmarried, but Tyson had a wife called Cathy. In fact, it was her family money that had given the Cluckers their start. No kids. “Lucky man,” thought Tom. He wasn’t going to tell Delia about his plan to recycle Tyson’s funds through the shelter. If it all worked out, he’d be able to send her back to New York while he stretched out on the beaches of…Brazil? Thailand? Goa? He’d have to do some more research on countries without extradition agreements with the U.S.

Time to go. Tom examined himself in the full-length mirror. Bike shorts didn’t do him any favors, but he prided himself on always dressing the part. For the mob bosses, it had been Italian suits, gold knuckleduster rings, and cologne. For Tyson, it was LycraÒ pants and a tight neon jersey. At least the helmet and goggles made him unrecognizable. He mounted the bike—the saddle was even more uncomfortable than it looked—and wobbled off towards the Clucker estate.

Bull spent most of the day hanging around Animal Farm, trying to work out what was the big construction project he’d been hired for. Sure, there was building work to be done about the place— gutters hanging off, doors that didn’t shut properly—but a competent handyman could take care of all that and hand back change from a couple of thou. It wouldn’t cost fifty thousand dollars, the sum Delia had mentioned. He picked up that Delia was into him: she’d come out of her office a half-dozen times to flirt with him. He’d responded in kind; he was a man after all and she was sexy. She always backed off when Cherry came too close though. “Love me, love my dog,” Bull thought. If it came to a contest between Delia and Cherry, there was no doubt who would win.

He chatted to the other helpers too. Audrey shared her home-baked cookies with him as Tim hadn’t turned up today. She confided that she worried about Tim. “He’s such a vulnerable child,” she said. “I went to the high school to look for him, but he wasn’t there. I couldn’t worm any information out of the school office—student privacy or something—but I found a kid in the halls who knew Tim from middle school and he told me where he lived.” Audrey’s voice dropped. “Shocking! A trailer out in the middle of nowhere. The woman who answered the door wasn’t even dressed, and it was the middle of the afternoon! She said she was Tim’s mother, but she didn’t look old enough, and she had no idea where Tim was. What kind of mother is that?!”

Lynn brought her Great Danes with her, and they had a whale of a time romping around with Cherry. As long as Lynn was talking about the animals, she was quite animated. As soon as Bull asked her anything personal, she blushed and stuttered.

Phil puzzled him. On the surface, he seemed a bit of a lame duck, muddling his metaphors and bustling around as if he owned the place. But Bull caught him in the office looking at Delia’s computer while she was out to lunch. He made some bumbling excuse about trying to find an adoption record, but Bull was skeptical. More importantly, Cherry was suspicious of him. Cherry had been his lookout on the burgling jobs he’d done. She could smell a cop a mile off, and the little yip she gave when Phil approached told Bull the volunteer was not what he seemed: not a lame duck, but a wolf in sheep’s clothing.