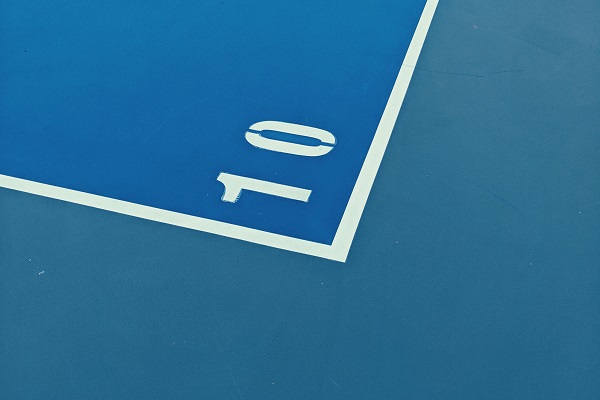 Detective Inspector Philip Pike (ret.) hunched over his keyboard scrolling through possible links. Years of doing the grunt work at his job had made him good at this seemingly menial task, every bit as necessary to effective crime fighting as the colorful sleuthing, babes, and gun slinging that make for juicy crime fiction. Besides, it paid the bills, and he hadn’t gotten shot, even once.

A ray of late afternoon sunlight arrowed through the blinds adding little warmth to the room. At least it wasn’t raining, he thought to himself. A long way from his career in The Big Apple, here in the far-off Pacific Northwest, Phil was searching for links that would help him in his quest for retribution—make that revenge. Tracking “Tommy the Cat” Leone all the way across the country from New York City had been the easy part. So was the scheming that landed him along with his quarry on the fundraising committee for a local no-kill (what irony!) animal shelter.

Phil Pike’s personal quest had begun a short while before. Tomaso Leone was a suspect in a money laundering operation Phil was bird-dogging. “Tommy the Cat” knew people who knew people, and a wiretap had disclosed that a certain overweight, blond-haired, orange-complected millionaire, a neighbor of Tommy’s, had a stockbroker that was working wonders. “What’s good for the goose, et cetera,” thought Phil, surveying the latest disappointing report of earnings from his IRA, his state retirement fund, and the dog’s breakfast of stocks his barber had put him on to. Which led him to the aforesaid neighbor’s brokerage firm one day, in tony offices in the General Motors Building on Fifth Avenue, a few months before his scheduled retirement.

The details of the meeting needn’t be reported, except to say that Detective Inspector, straight-arrow Philip Pike ended up signing over twenty-thousand big ones to what he euphemistically told himself was merely a “secondary market.”

Money laundering was not a mystery to Phil. He and his colleagues with the NYPD Fraud Division could have taught classes on the subject. Moreover, it wasn’t uncommon for the occasional law enforcement officer to be lured into the very criminal activity he or she was investigating. Who could blame them, barely getting by in an expensive city in the US on the pittance of a salary bequeathed them by penny-pinching councilmembers, well-heeled residents of the Upper East Side or Gowanus in Brooklyn where money fell from trees like the colorful leaves in autumn?

What made this venture of Phil’s different was the discovery a few days later, with horror via the same wiretap, that his hard-earned cash was now in the larcenous claws of Tommy the Cat himself. Worse, Leone had meanwhile felt too much heat for his comfort zone, had somehow smelled a rat, and had absconded to parts unknown. That was it. Phil cashed in the rest of his nest egg and took early retirement. A lifelong bachelor, he had no other family except a sister who lived in Moosejaw, Saskatchewan.

Plus, Philip Pike was over New York. He packed his bags, jumped in his vintage Mustang, and set out after Tomaso Leone like a springer spaniel after a pheasant.

No one at Animal Farm asked Phil Pike much about what he’d done for a living, and he obviously didn’t volunteer. “Stuff back East,” he usually replied. If pressed, he passed himself off as an audio engineer who had some freelance projects in the works, mentioned his major as a proud alumnus of the University of Michigan, a Wolverine, then changed the subject. Besides, he quite enjoyed being an anonymous newbie in his new comfortable, if moist, town. He went further to disguise himself. No longer the sharp-as-a-shark’s-tooth police detective, he acted a bit birdbrained. He made fumbling attempts to assert leadership of the group despite his frequently noticed verbal tics. He played word games, no malapropism or spoonerism too good to pass up.

“We need to hire someone to low the mawn,” he offered one morning.

“Aren’t we making a mountain out of a moleskin?”

“Does what I’m saying sake any mense?”

“Bulls in a teapot store.”

He enjoyed the giggles. He also enrolled in an animal husbandry class. All of it to keep private who he really was and blend in as sort of a clueless nerd, all the while thinking up how to spring a trap, to geld Tommy the Pussycat.

Along the way, Phil found he liked his fellow board members, warmed up to them as folks with a common love of animals and their welfare. He also began to admire his new town more and more. The brilliant fall leaves of the East Coast were magnificent, to be sure, but here in the Northwest the yellows and oranges and reds were backdropped against the dark, majestic green of evergreen forests. Particularly when it rained, which was often, leaves glistened like polished gems.

If any of his comrades were tempted to tease Phil Pike about his apparent slowness of mind, they didn’t do so. When he came up with a goldfish as his emotional support animal, his cover was complete.

Looking up from his keyboard, former Detective Inspector Pike stretched, arms behind his head, and gazed fondly at “Bruiser’s” fishbowl across the kitchen table. (Bruiser was indeed a very large goldfish.) His sympathetic companion stared back, large bulbous eyes unblinking, tail slowly fanning the clear water. He cared deeply, or was he looking at the tin of Minnow Munchies goldfish food on the windowsill past the monitor?

“C’mon Bruiser,” Phil said, “Come up with something. How’re we gonna get our money back?”

The twisted menagerie at Animal Farm that morning was the last straw for Delia Woolf. Contraband stuffed in watermelons? A vicious wildcat? Pino the Rat from Jersey! Howls and shrieks and awful smells! Bedlam? She jumped in the car and sped back to Dad’s.

She stomped her pretty little foot, this time down on Tom’s still slippered, fur-lined instep.

“Wake up, Dad!” She shoved him back in his chair, nearly knocking over his mid-morning Grey Goose vodka pick-me-up which would have ended up in his lap.

She slammed the table. “If this is about drugs, I’m outa here. What happened to laundering money?”

Tom started to answer, but she cut him off.

“Look around, Daddy, this place is a dump. Capital D.” She took a breath, sat down, and swept a few strands of hair away from her face. “I have a plan. Don’t interrupt. If I understand this game at all—and I do, thanks to your caring tutelage—the idea is to get rich folks to cough over cash, some of which we keep as a ‘commission’.”

She went on about “clean money” being “donated” to an innocent non-profit organization, earning the donor a healthy tax deduction, assuming their itemized Schedule A total exceeded the recently increased standard deduction. After which, a portion of the money is quietly returned to the donor, with the charity (or its “managers”) pocketing the rest. Conclusion: The first obstacle is to round up enough folks with too much money—donors with enough cash stashed away, itemized deductions up where eagles fly, and by the way, the need to assuage gnawing guilt at having so much money to burn.

“Enough of a challenge to begin with in this soggy burg, as you call it, Pop. On top of which, how exactly are you going to hobnob with those self-appointed crèmes de la crèmes? Bring ’em over here for tea and cookies?”

She waved a hand at the dishes piled in the too-small sink, the linoleum curling up against the baseboards, the threadbare muslin curtains. Tom kept his mouth shut. She was making sense.

“We’re going to move.” She slammed her fist on the rickety table. “Now.”

Without a penny to his name, Tom tricked-out a loan application, sought out one of the “friendly” banks he knew of, and took advantage of a lender eager to climb aboard the post-Covid housing boom. In record time, he leveraged a healthy down payment and bought a signature home in an exclusive neighborhood, Edgemoor (or “Edgeless,” to the natives). Bay view, split level, exposed beams, spotless oak floors, gabled three-car garage, faux Classic portico and double-door front entry, circular drive. Delia was happy as a clam about her daddy’s new digs, to say the least. Her secluded bedroom (the house had four, plus three and a half baths) included a sitting room, two spacious closets, deluxe salle de bain with walk-in shower, and private deck for sunbathing…if it ever stopped raining.

How to square foxy Delia’s domestic opulence with her below-the-poverty-line new “friend,” Bull, the hunk du jour, did give her pause. But that was a minor problem as long as she didn’t plan to invite him to the many soirées Tom Lyon was already busily arranging.

Across town in more modest digs, an idea began to form in Phil Pike’s head, just a flicker. Problem number one, he’d need an ally, a confidant who’d share his righteous indignation. He pondered his choices. Obviously, the local constabulary was out of the question. Other Animal Farm wonks? Wooly-headed Audrey Merino; putting it kindly, too old. Plump little Lynn Bassett, out of the question. Subtlety was not her strong suit. Sexy Delia, too fiery with her spike heels and, whoa, way too much Esther Loudly perfume to cover up the smells. The guy, Bull, was just plain scary.

Tim, still a youngster, and there was often that deer-in-the-headlights look…by the way, where was Tim?