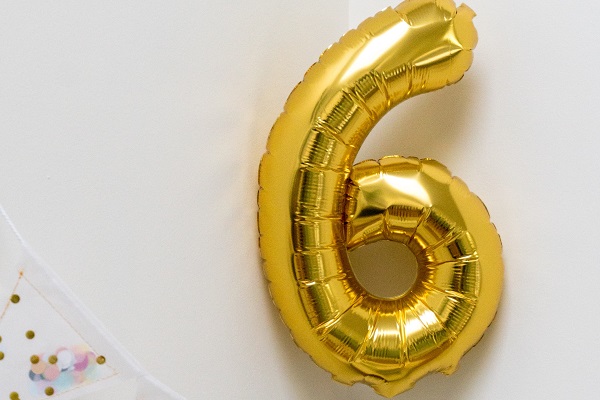 “I knew something was amiss!” said Lynn. “Oh what’s wrong, Rusty?” The Irish setter leaned his head into Lynn’s proffered hand. His food bowl was half empty.

“Poor Mame!” Phil patted the Doberman’s back as she retched, yet again as evidenced by the vomit already splattered across the concrete floor.

Phil rushed over to the dog food bags tucked into the mouse-proof bins lined up on the sturdy wood table constructed by past volunteers. The large bag of kibble used for most of the dogs was not property sealed—not rolled up tight and secured with wooden clothes pins, courtesy of Audrey—and it shouldn’t be so empty. He looked at the other bags for dogs with special dietary needs—all tightly sealed, as all the regular volunteers would know to do. In addition to throwing balls for the dogs out in the large grassy pen and dangling feathered fishing poles for the cats, Phil handled the ordering of food and supplies for the animals. He worked with a local veterinarian, Dr. Connie Shepherd, who provided dietary suggestions, spaying and neutering, and treated any illnesses that sprung up, which was oftener than the volunteers’ caring hearts and the shelter’s finances could stomach. Fortunately, Dr. Shepherd gave the shelter deep discounts.

The cats’ mewling and yowling, before in the background, now grew louder.

Phil jogged around the dog cages and through the open door to the cat house.

“Give me that,” Lynn was taking a piece of dog kibble the size of a small jawbreaker away from a two-month old kitten. “Look,” she said as Phil burst in, “someone gave dog food to the cats, what the hell!”

The cats, unlike dogs who will eat poop, were pissed at not being fed their regular food. The exceptions were the kittens who were, for now, intrigued by the novelty and Jasper the eighteen-pound Maine Coon who would eat almost anything, including the tails and ears off any toy offered him.

“They gave all the dogs the same food, ignoring the bright red labels on the cages which indicate special diet required!” said Phil.

“Where’s Tim? Who fed the animals this morning?” Phil and Lynn spoke in unison and then glared in the direction of the office, right there, poorly partitioned off from the cat house.

The howls of the dogs increased.

“We’ll discuss this later,” said Phil, feeling every bit in charge of this disastrous situation. “For now, we must be like bulls in a teapot store and pour this place back into shape.”

Lynn’s nod acknowledged the decisiveness of Phil’s tone, not the nonsense of his words.

Phil and Lynn fed all the animals properly, except the dogs not on a special diet and Jasper who had polished off his doggy kibble. They rotated dogs out into the fenced pen and shoveled poop and hosed off vomit and diarrhea. They scooped out the litterboxes.

While Phil and Lynn worked, busy as bees, Audrey adopted out three animals. Into the barn she brought a young family whose three-year-old had daunder allergies and Audrey directed them to six-year-old Missy, a hypoallergenic Bichon Frise. While the child buried her face in Missy’s fluffy white coat, Audrey whispered to the parents that her nephew Dougie also had a Bichon Frise who he referred to as his Bitchin’ Frisbee. Later Audrey ushered into the cat house two middle-aged men who adopted Fluffy and Frank, three-year-old siblings, Torticos—Tortoiseshell, Tabby, and Calico all mixed together, Audrey explained, often known as dog-cats for their attachment to their owners, their propensity to come when called—quite unusual for a cat Audrey stressed—and their willingness to walk on a leash, if they must.

Phil noted Audrey’s skill in matching prospective adopters with just the right dog or cat. The only retired volunteer, Audrey spent a lot of time at the shelter and got to know each animal quite well, which was important to find them forever homes. He should praise her for that, that’s what good managers do, lift up their colleagues.

Lynn sidled into the barn. “Cats are mostly settled down, for now. How’s it going in here?”

Phil was primed to begin exercising his managerial goodwill. “Great. Good job, Lynn.” He beamed at her.

“Uh, thanks.” Lynn gestured at the clean dog cages. “You too, good job.”

Phil nodded in what he hoped was a humble manner. “And I want to commend you for the popcorn idea-generating thingy earlier.”

“Sure. I know most of those ideas won’t bring in the big dollars, but they’ll bring in something and hopefully raise our profile in the community so more animals get adopted.”

Phil looked from Lynn to the dog cages, full cages, one after another, mazelike in the dimly lit barn. “That’s it, isn’t it? Our main mission to find these animals their forever homes. Yes, we need money to care for them but we also need to get people in here, so they can find their animal soulmates.”

“Wow, Phil, that was sort of eloquent.”

Phil gave her another of his humble nods.

“How do we get more people to visit the shelter?” Lynn asked.

Phil felt Lynn’s eyes on him. She was asking him, as if he was in charge! He must tell her some ideas, good ones. Unexpectedly his vacation in Hawaii five years ago, and the highlight of visiting a well-financed, well-run shelter, sprang to mind. “Pet a kitty!” he almost shouted. “Take a dog to the beach!” Seeing Lynn’s befuddled expression, he added, “To a park! We need to get people in here who like animals but aren’t sure if they want a full-time pet. Come by and pet a kitty—twenty minutes of your time! Or take a dog for a walk in the park—fun and exercise for you and a dog!” Phil was thrilled with his ideas but also a little abashed by his forthrightness. “What do you think?”

“I love it! We’ll update the shelter’s website inviting the public to pet a kitty or take a dog for a walk, and also a list of upcoming fundraisers, once we decide which to pursue.” Lynn, a freelance graphic designer who worked from home, maintained the shelter’s website and designed brochures and flyers as needed for the shelter. “We could collaborate on a radio ad.”

“Yes!” Phil’s humble restraint was gone and he nodded vigorously. He too worked at home, as an audio engineer on a variety of freelance projects, from corporate finance podcasts to audio books for Audible. “Let’s go tell Audrey our ideas.”

Phil and Lynn left the barn and headed for the office where Audrey would be finishing up the paperwork on today’s adoptions. As they crossed the parking lot, a truck pulled in and Delia stepped out of the office.

“Are we going to confront her about screwing up the feeding of the animals?” Lynn asked.

Another question to him. Phil rolled his shoulders back.

Bull exited the cab of the truck followed by Cherry. He spoke to Delia, “Sorry. I know I was supposed to show up earlier for the construction job.”

“What construction job?” Phil and Lynn both said as they looked at Delia.

“Hmmm—” Delia didn’t get a chance to speak.

Bull continued in a rush of words. “You wanted to get to know Cherry, so I thought we could talk about the construc—” he glanced at Phil and Lynn, “we could just talk at the dog park, and then go see M.T. about your tattoo.”

“Who’s getting a tattoo?” Audrey had exited the office, a plate of cookies in one hand. She didn’t wait for an answer but addressed them all. “Be sure it’s something you won’t tire of—a tattoo is forever. Sort of like adopting a cockatoo—they can live seventy years. Or more. Imagine having a pet that could outlive you.” She shook her head and her gaze fell on the dog. “Oh is that Cherry? Come here, girl.”

Cherry looked at Bull and at his nod ran over to greet Audrey, careful not to upset her plate of cookies. “There’s a good girl. I’m so happy you’re back with your daddy.” Audrey smiled at Bull, and then looked at Delia. “Though I haven’t seen the paperwork on this re-adoption.”

“I’ve got it,” said Delia, her words clipped. “We can go over it later.” She turned her attention to Bull. “I do want to get to know Cherry, and talk, but I’m not sure if I have time today.”

“You should go,” said Lynn. “How much work can you have?”

“Yes,” said Phil not wanting to lose his newly-earned manager-type status. “If you’re going to work here, you should be comfortable around animals.” Lynn elbowed Phil. Now was his moment to solidify his position, to get all of his donkeys in a row. “Speaking of which, we now have some ill dogs because you gave them the wrong food. I’m going to have to call Dr. Shepherd, which costs money.” Phil paused. “The visit, not the phone call. Costs money. Which we don’t have much of, as you must know going through the books day after day.” Phil paused again, and looked at Lynn who widened her eyes at him. “Anyway my point is, if you’re going to feed the animals, Delia, you must get properly trained first, by one of us or Tim.”

“I have no interest—” Delia began, and was promptly interrupted by Audrey.

“Where is Tim? I baked his favorite cookies—peanut butter chocolate chip, and they’re vegan! Using almond milk was an easy enough switch, but what could possibly take the place of eggs, I asked myself. Well, did you know flaxseeds soaked in water can substitute for eggs? I guess it’s the consistency that matters—a moist gooeyness. Anyhoo, where is that young man?”