We got burned. But as I simmer over the dismantling of the EPA, the outrageous bloating of a so-called “Defense” budget, the construction of pipelines, rolling of coal and oil trains and the fracking for natural gas, I also initiate an investigation of the contradictions in today’s energy culture and in my own way of living. I can resist more effectively if I am mindful.

Natural gas for our home averages a very reasonable $30 a month for on-demand hot water and the gas fireplace that, with the flick of a switch, heats most of our small house. The gas main runs under our street about 30 feet from the front door, where, gazing at snowfall last winter, I became wide-eyed-curious for the first time about where the gas in that pipe was extracted or how, and what route it followed as it moved to our home.

A geologist friend says our gas most likely comes from fracking the tar sands in western Alberta, British Columbia and Montana. With the methane leaks in drilling for it, the power needed to liquefy it and the carbon emissions from burning it, natural gas is a disaster for the climate. Fracking damages and pollutes water tables and causes earthquakes. Puget Sound Energy derives 24% of our electrical supply from natural gas generating plants and they plan to build more on the tideflats in Tacoma. Are there other energy sources we blindly enjoy without scrutinizing the actual cost?

Coal-fired electrical generation is being phased out in Washington since we passed a law in 2011 that will eliminate it by 2025. However, 35% of Puget Sound Energy electricity is generated at a coal plant in eastern Montana. Ironically, our bounty of coastal ports attracts fossil fuel companies’ desire for shipping facilities in order to reap profit from overseas markets. Lummi Nation provides a superb example of protection and resistance by holding fast to their 1855 Treaty of Point Elliott rights.

Hydroelectric power is the highest ranking source of electricity in the state, at 36%. As a young girl I rowed a little boat on the reservoir behind Merwin dam on the Lewis River, heartbroken to see the black ghosts of huge trees rooted and motionless beneath the deep, clear water. With construction of our 47 hydroelectric dams across nearly 20 of our major rivers, the new reservoirs permanently destroyed habitats for thousands of species, and the salmon journey through fish-ladders became a lame excuse for the vibrant rapids and life cycles of their past.

Oil is not extracted in Washington State, but refineries have a huge footprint along our coastlines, no matter how they try to hide behind tree buffers, wage statistics or best practices. Trains with hundreds of oil cars pass through every community with a track. Tank ships, with their engines idling in port 24/7, fill up with refined product and chug away, risking our fragile and beloved Salish Sea.

Electricity derived from wind, solar or bio-gas is minimal–just four percent–in our green state. We support it by paying higher fees to PSE. This doesn’t mean our homes are singled out to use only green energy, but we become sponsors for the addition of green power to the grid. I just barely believe this; after all, PSE, while once a public utility, is now held by foreign private investors and stockholders.

We’ve never trusted nuclear power plants because we’ve seen the damage. As a result of Japan’s tsunami catastrophe, we fret about our wild Alaska salmon. Instead of asking a chef, “Is it farmed or is it wild?” we now grimly joke, “Is it farmed or Fukishima?” We’ve very effectively resisted nuclear power plants: just 1% of PSE power is generated at Hanford.

Most Washingtonians who are fortunate and comfortable are agitated about forthcoming disaster, if not from spills or explosions then from the sense of walking over hot coals to stay economically safe. Messaging by fossil fuel corporations imprints and drives our culture, keeping people confused, polarized and in the dark. Ads, fake news, blatant lies and distraction succeed in the election of greedy con-artists and financiers to the seats of power. It’s not new. Our comfort has a high price, it’s just more obvious now than in recent years.

For me, resistance takes the form of paying attention to these greedy ones and trying not to get hooked into their game. Call me passive-aggressive: I withhold. 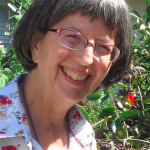 In this two-part post, Nancy withholds, so check back in a week to read about resistance by progressive refusal.