A Life of Words 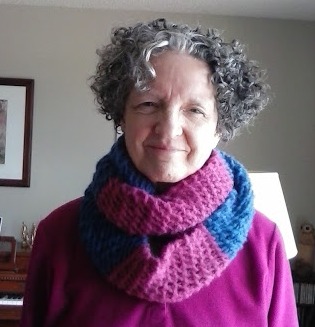 When I was in 8th grade, my mother gave me a Christmas present: a blank five year diary. The green vinyl cover was held closed with a lock and key. I wrote every day in that diary, important things like “Betsy missed school again because she has mono” or “I’m going to the World’s Fair.”

This gift from my mother revealed two huge messages. The first: that I can write and it feels good. The second: that a private place to write is a safe place to express my inner thoughts. The written word served as the river on which to float my inner thoughts. I discovered writing letters. I joined the high school newspaper and became co-editor, but I never published anything that I wrote. I discovered Ayn Rand and I decided I was one of the few. My best trotted out high school fantasy was to be invisible, thus freeing myself from my daily embarrassments, such as having curly hair or boys not liking me. I lost interest in the diary. Eventually the key went missing, I cut off the latch, and I tossed it in the garbage.

At the end of my college career, the rise of feminism was encouragement that I needed. I am from the consciousness-raising generation of American women, encouraged to tell each other our stories and share our previously private truths. I took to heart the phrase “The personal is political.” In those years when Walter Cronkite was replaced by “All Things Considered”, I wrote isolated essays and short stories, and then turned to journaling, a habit I continued for thirty years. I filled notebook after notebook with my slanted handwriting, teasing out those inner thoughts that were inconvenient to express aloud. In my fifties, in the midst of a personal crisis, I threw all of my journals out.

I lived in Kentucky for 32 years, an out lesbian making tactical decisions to survive and thrive in a difficult environment. When I ventured into my first writing class, I tried my hand at short pieces while encouraged by the instructor to politely mask my identity. During this class I wrote a piece that I am particularly fond of, entitled “What Is Said, What Isn’t Said.”

Barack Obama’s inauguration spurred the start of my blog. My then-partner-and-now-wife Lynne and I, along with two friends, drove ten icy hours to Washington DC and stood on the Mall in 18 degree weather for eight hours to witness his inauguration. This experience was so rich and so many people wanted to hear about it, that I posted the story online (http://skyandlynne.blogspot.com). I’ve continued sharing stories from my life through that blog since then. Blogging opened up a pipeline of responses from readers, who comment or email me, often with their own stories, inspired by what I wrote. Eight years later, I have accumulated a body of work: stories, nature writing, essays, and poems that I am proud to reflect on. I also have been enriched by connections with readers. (And it’s all free!)

Every word that I am able to write is precious to me because I write with a monkey on my back. The monkey is self-doubt and self-criticism. Joan Leegent calls it an occupational hazard for writers. John Steinbeck wrote about excruciating self doubt. Garth Stein speaks about it. In a workshop at Whatcom Community College, Dawn Groves attributed it to our biological mind wanting to protect us from hazards. It stops my hand, it tangles up my energy and before long, I am playing Freecell!

The advice of many successful writers is to develop a sustainable writer’s work ethic, to keep pen to paper despite the critical voice challenging my every word, to keep at it. I have a standing date with two different friends to write each week, a structure that keeps my fires burning and jump starts my writing throughout the week. I also find inspiration by connecting with other writers, through gatherings (RWW), workshops (Village Books) and conferences (Seattle7) as well as listening to interviews with published authors (Chuckanut Radio Hour).

Shortly after I moved to Bellingham in 2009, I joined a writing group at the Bellingham Unitarian Fellowship. I found myself in the company of people who were wilder than I was (not a high mark since I am more weedy-colorful-garden-wild and not hike-the-Pacific-trail-while-recovering-from-heroin wild.) My only obstacle was my own inner critic. I have learned so much about the craft and power of writing from sitting down face to face with this diverse group. It offers me a venue for my written efforts, and also proves to be a way to deepen connections with other people. Being part of a writer’s group is not only a chance to be heard, but a chance to listen to other writers. Like the diary my mother gave me, this writing group has been a gift that I didn’t know to ask for.

Taking care of my mother as she progressed through dementia is the subject of the memoir I am working on.

I appreciate the writing community in Bellingham, and I extend my thanks to the supportive, stimulating energy of the Red Wheelbarrow Writers.

“You are never too young or too old to write something fantastic.” — Jim Lynch 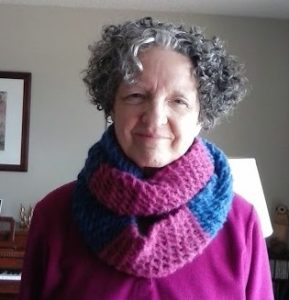 Sky Hedman’s blog, SkyandLynne.blogspot.com continues to be a venue for her personal essays/stories, and a rewarding connection with readers. She is currently compiling a memoir about being her journey of being a reluctant caregiver for her elderly demented mother. She sends a special shout out to the BUF Writer’s group, which has been a steady source of writerly help and friendship. Her work at the Alaska Ferry supplies her with a good supply of stories each week while leaving her time to enjoy the beautiful northwest with her spouse, Lynne and dog, Winnie. She looks forward to more connections with readers and writers, and thanks the Red Wheelbarrow Writers for their support of the local writing community.