Mary Ellen Courtney is one of our own Red Wheelbarrow Writers. She is launching her second self-published book and guest blogs below to share her journey with us. You’ll find this encouraging, authentic, and funny.Â 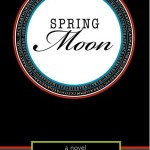 I just launched Spring Moon, the sequel to Wild Nights. And Iâ€™m two-thirds of the way through the messy first draft of my third book. Fun! Fun! Fun! I was “going to” write a book for over three decades. In the meantime, I read about writing. The words ran off me, and calendar pages turned. Why the stars aligned just so, and I finally came to a writing life, is a mystery. So, I canâ€™t help you there. I can tell you a few things I have learned in the process.

â€‹Finishing a book means that I left terra firma in a way that most people only talk about. I saw the world from a new perspective, marshaled my wits and my inner resources, and made it back to earth in one piece. I did a big fat thing I have always wanted to do. Then, because I have an addictive personality, I kept doing it. Thatâ€™s a great obit line, even if it doesnâ€™t pay the rent.

â€‹I love to write because I love adventure, and Iâ€™m not afraid of hard work. I actually lost weight sitting in a chair. Writing is hard, satisfying work. But, itâ€™s not half as hard and dissatisfying as not doing it.

â€‹Everyone talks about the inner critic, the voices. Mine natter away when I write. They natter away when I donâ€™t. The act of writing puts a muzzle on the second one. I have a cartoon on my desktop that says, “Write the f*%#ing story!” It helps me stay on point when the first voice starts in. Also, I love to swear.

â€‹The chatter outside the walls of my head can be even more daunting. Opinions run wild. An entire industry has grown up to torment our writer brain insecurities. Kaching! It used to be we stood, hat in hand, at the monolithic wall of The Big Six. Now there is so much information out there about writing and self-publishing, it could make a lesser person cry. Publishing is a moving target. What I understand today will be different tomorrow. You can learn it. And learn it. And learn it. You have to keep learning.

â€‹Itâ€™s a rough crowd out there. Beware of anyone (except me) who makes unequivocal proclamations about writing. I just read a blog post by an author who pronounced anyone who doesnâ€™t write at least four or five books a year, â€œA Hobbyist.â€ My jaw dropped. Ignore. Donâ€™t get chased off by the bullies and braggarts. Google Donna Tartt if you need some timber to buttress your backbone.

â€‹There is the oft-repeated law that you have to write a great book in order to succeed. I donâ€™t know about you, but Iâ€™ve read a lot of highly acclaimed dreck by financially successful authors in the last few years. Iâ€™m not suggesting that you write dreck, but I urge you not to seize-up over the idea of â€˜great.â€™ They donâ€™t. Writing a book, if thatâ€™s what you want to do, is success. Let your readers be the judge of quality.

â€‹There are two main schools of thought about how to write a book. The first is to plot from germ-to book. What I think of as sneaking up on the book, camouflaged in process, so it doesnâ€™t see you coming. The second is to let â€˜er rip and see where the road takes you. Let the book sneak up on you. There are as many ways to write a book, as there are authors. Sometimes I write twelve or more hours a day, sometimes I donâ€™t write at all. Iâ€™ve written two books and Iâ€™m into the third. My way is the right way, so is yours.

â€‹My first book, Wild Nights, started with a spew draft and no idea in mind. So did Spring Moon, except that I had the characters in place. This is how the year it took to write Wild Nights looked:

Month One: 160,000 words. Surreal. Sidekicks to my protagonist were a talking chicken, a cat that spoke only in Zen expressions, and a young girl who communicated solely by humming opera. I forgot my husbandâ€™s name that month.

Out to development editor who gave great feedback, which included killing off half the characters, conversations, and words. She liked the sidekicks.

Month Two: Down to 70,000 words. Sidekicks gone. I donâ€™t know that much opera. I was hallucinating from the sheer mental effort of swinging an axe 90,000 times.

Second read by development editor. Split feedback. Half of it was productive; she was very impressed by the word murdering I’d done. The other half felt so scathing it was hard to read without closing one eye.

Months Three to Five: Weep and wring hands. Garden-variety self-flagellation mixed with self-righteous confusion. Mild paralysis, tingling on left side (I might have imagined that). Husband talked me off ledge several times. Talked over editorâ€™s issues with a psychotherapist friend, in produce section of grocery store. She said I had the character right. Mull. Reread the critique, it wasnâ€™t as bad as I remembered it. I took what I needed and told myself that Mark Twain didnâ€™t have a development editor.

â€‹I killed so many trees making copies that even the young guy at the copy place gave it a jovial, â€œItâ€™s all Skymiles,â€ when he handed me my receipts. I used all the ink in all my red pens scratching out scenes, conversations, and sparkly words. I had backs of envelopes all over the place with serendipitous snippets delivered from the universe that got folded into the story.

â€‹I finally reached a point, 98,000 words, give or take, when I felt like I was done writing. I looked for a copy editor. I got four samples, two paid for, and two free. The results stopped me in my tracks, again. The first was too light-handed. The second changed key words because she liked hers better. Never mind they would never fall out of the mouth of my first-person narrator. The third dropped a critical riff she felt (after reading 20 pages) was not germane to the story. Interesting. It was the story. The fourth did a full rewrite in someone elseâ€™s voice. Uh oh.

â€‹More dog walking time was needed while I gave myself the Mark Twain pep talk. Did Mark Twain have a copy editor? No. He. Did. Not. Not as far as I knew. It didnâ€™t matter. I needed one. I found a woman on our island who read it, twice. We worked great together. You must have your work copy edited. That is unequivocally nonnegotiable. Even when you do, you are going to be shocked by the number of things that are missed when you read the proof(s).

â€‹I self-published. Iâ€™m not tech smart, so it sounded like a foreign language when I started. I got help with the physical book from a guy here who does that for a living. He uses InDesign. He installed it on my computer so I can do my own edits now, which saves hours and money. I used LiberWriter for the eBooks and did them myself. Easy! You can do it.

â€‹Marketing is another arena where there are thousands of people making huge promises with nothing but their say so to back them up. If you want to make your life easier, write non-fiction, or clear genre. I havenâ€™t hit the magic market formula yet. I poke at it a little each day. Friend me on Facebook! I gave away ten books on Goodreads, which netted exactly one review. It appears the other people sold the books. I entered award contests, and won. That sticker helps. I put out press releases. I go to book groups. Iâ€™m in the local bookstores. The second book helps sell the first.

â€‹You canâ€™t count on your friends and family to buy your book. I ran into a friend in the wine aisle the other day, she said she was skeptical about reading my books because she assumes the people she knows canâ€™t write. I might need friends with more self-esteem. Donâ€™t put your friends on the spot. You need them. And, oddly, they frequently arenâ€™t your audience.

â€‹Iâ€™m not in a critique group. I donâ€™t believe in crowd sourcing a novel. I have an eclectic handful of readers I use toward the end. None are writers. They tell me how the story is working for them.

â€‹Own your writing life. There are only so many hours in the day, and only so much energy to go around. If youâ€™re talking about writing, youâ€™re not writing. If youâ€™re reading about writing, youâ€™re not writing. That said, I think everyone should read Stephen Kingâ€™s, â€œOn Writing.â€ And, you should have Rogetâ€™s Thesaurus open on your desktop. But, as my pal Stephen will tell you, donâ€™t get carried away. Magniloquent words stop the story like a poke in the eye. The heart of the matter is usually formed from humble words of clay.

â€‹Itâ€™s a business. Take it seriously. Itâ€™s exciting to be your own boss. Hold your head up, even around your snarky sister and the people who sniff that youâ€™re a hobbyist.

â€‹Just do it. Boil through it. Mow it down. Pull up your socks, brush your teeth, and tie your shoelaces. Cross the road and see whatâ€™s on the other side. Keep going. Itâ€™s fun!

Thank you so much, Mary Ellen, for sharing your journey with us. Keep up the good work everyone! 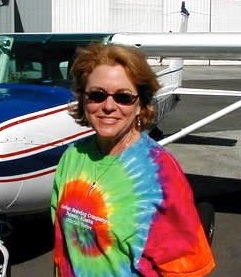 Mary Ellen Courtney grew up in Southern California where she ratted around on the beach and daydreamed to avoid high school. Despite her sketchy attendance, she went on to love college. She worked in design and in the film business.

Like most writers, her biggest adventures are all in her head. She lives on San Juan Island in Washington State, with a large dog, a canary, a husband who understands, and a license to fly.

Her debut novel, Wild Nights, was the 2013 Winner of the Indie Excellence Award for Fiction, the Silver Medal Winner in the 2013 Global eBooks Awards for Fiction, and one of five finalists in ForeWord Reviews 2013 Best Fiction contest.

Her third novel is scheduled for release November 2014.

Spring Moon and Wild Nights are available at Amazon.com