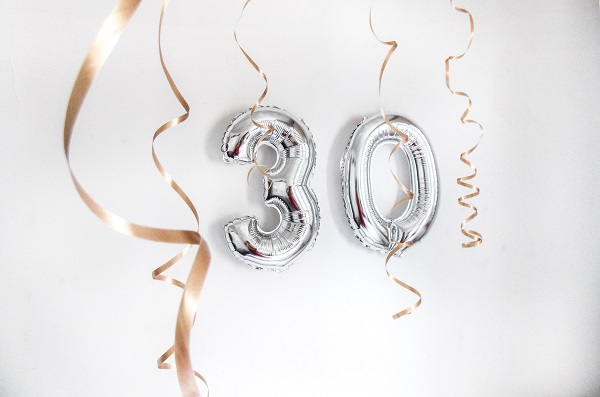 After a full day of testimony, Phil Bradley stepped out of the Grand Jury Room into a hushed corridor on the fifteenth floor of the Federal Building in Seattle. Outside the regular courtrooms on the lower floors, lawyers conferred with witnesses and struck deals with other lawyers, the families of criminal defendants noisily bemoaned their lot, and civil plaintiffs declared their outrage to anyone who would listen, but here Phil walked to the elevator surrounded by silence.

He wondered if his evidence would be enough for an indictment. What had started as a straightforward federal tax evasion investigation had morphed into a web of criminal activity involving kidnapping, drug smuggling, blackmail, sex harassment and even a historical fraud perpetrated against an Indian tribe. Even though he had spent hours preparing with the Assistant US Attorney on the case, it had been a complicated presentation. Phil had been coached to avoid any mention of the weird events in the forest on the night of the extreme weather, and to avoid confusing the Grand Jury with references to witches and magical animals, but who knew what Annabelle would say when it was her turn to testify?

He was meeting Netta for a meal later. He would have loved to discuss the day with her, but Grand Jury proceedings are secret, and Netta herself might be called to testify in due course. Witnesses conferring on their testimony would put the chances of convicting Albert Beaumont Olivier III at risk. Anyway, he had pleasanter things to talk to Netta about. After years of under-cover work, he’d made the decision to quit the FBI and return to teaching—just teaching. Netta had been a big part in the change of career direction. Through her example and mentorship, he’d recognized his true vocation. That evening, he planned to propose that they seek jobs at the same school, now that Westminster Academy was shuttered. That wasn’t the only proposal he planned…

Lisa Nightlie felt pretty pleased with herself. Dinner at Albert Beaumont Olivier III’s mansion had provided the perfect opportunity to field-test the tracking software she’d been working on in her ample spare time. The latest version, loaded as an app onto her phone, had been fine-tuned after Annabelle’s disappearance to track not only human activity but drug movements as well. The investigation of Annabelle’s case had proved an inconclusive experiment. Perhaps the software received mixed signals because the drugs were actually inside the girl. She pushed out of her mind the embarrassing interlude when she had arrested a ten-year-old with an EPI pen—the app now filtered out most beneficial medications.

She had not suspected that ABO3 was engaged in shady dealings when she sought his financial backing for her patent application. However, the events of the last month—at least the non-weird ones—pointed in his direction. Her suspicions were confirmed when she found Phil Bradley, the heartthrob English teacher, dressed in ninja gear and surveilling the Sound with binoculars. Drug smuggling! If she could nail ABO3 for that, her career would be assured.

The pizza had been ordered when her phone vibrated.

“I have to take this,” Lisa said, rising from the table and exiting to the corridor where she could examine the screen in private. ABO3’s eyes followed her, but he couldn’t risk leaving his other guests alone. She followed an empty corridor toward where the blinking red dot on her phone indicated contraband. Up a staircase, along another corridor—how big was this place? And why was it so quiet? Where was the butler/valet/chef/mysterious Russian who served the drug kingpin? Entering a room on the third floor, the red dot pulsing wildly, Lisa spotted a wooden Russian doll, one of those nesting gizmos sold in former soviet tourist towns. Opening the first, second, third and final container she found a baggie of pills marked with a give-away “F”. Not a big stash, it was true, but enough to link ABO3 to the fentanyl epidemic taking over the region’s high schools and college campuses.

Netta’s face lit up when Phil entered the restaurant. “How’d it go?” she asked.

“OK, I think. I can’t tell you the details.” He changed the subject. “You look happy. What’s going on?”

“I’ve just heard some fantastic news. The Climate Action Task Force is taking over Westminster Academy and turning it into a school for young environmental activists—training future Greta Thunbergs! And they’ve asked me to stay on to develop curriculum and coach the teaching staff. It’s really exciting!”

“But I thought the land had been handed over to the Stillaguamish,” Bradley said. He’d seen the coverage of the ceremony on the national news.

“That’s the best part,” Netta explained. “The tribes are completely on board, and will certify the school as a branch of the Northwest Indian College. “Yannity’s going to be the chair of governors. The whole campus will be self-sustaining: wind turbines, an organic farm—”

“Where’s the funding coming from?” asked the ever-practical Phil.

“Jack Watson. His company’s Initial Public Offering was a huge success. He’s up there with Bezos and Zuckerberg now. He’s backing the whole project, and Annabelle’s enrolled as the school’s first student.”

“How is she? Recovered from her ordeal?”

“More than recovered—she’s empowered. She survived a terrible experience and emerged stronger. Plus, her kidnapping reunited the family. I think Emerald feels guilty about encouraging Zeph, and not seeing the nasty piece of shit he was. Anyway, she’s back with Jack. Of course, his new billionaire status might be the main attraction for her. And Jack has recognized how neglectful he was to both his wife and daughter; he vows to make amends.”

“One big happy family,” commented Phil. “By the way, what’s going on with Justine?”

Netta looked at him skeptically. “Why the interest? She’s finishing the year at a boarding school in Malibu. She’ll be able to practice with the fencing team at Pepperdine, so she’s happy. Her dad has loads of money. I think he wanted to distance her from bad influences.”

“Amongst others.” Netta grinned, leaning forward. “You’re not telling me you didn’t know Justine had the biggest crush on you?”

Phil feigned innocence and changed the subject again. “I think Troy’s going to get off lightly. His sister’s taking all the responsibility for putting his ADHD drugs in the cookies. She says she didn’t know he was dealing them to other people. Troy’s made some bad decisions but he’s not a bad person. Now he’s living with Helen and her kids, and their deadbeat dad’s finally supporting them financially, they’ll be okay.”

“Hey, I saw some Russian under-cover agent was deported yesterday. The State Department’s imposing sanctions. That wouldn’t be Vlad by any chance? It wasn’t his name in the news article, but I guess under-cover agents don’t use their real name, do they? What’s your real name, by the way?”

That was the cue for Phil Bradley (real name) to tell Netta of his decision to leave the FBI. Then he produced a tiny blue velvet box from his pocket.

“Netta, will you marry me?”

“Jane, I haven’t been completely honest with you.” Sybil dreaded telling her but knew there was no way forward for them as a couple if she kept secrets.

“I have a confession to make too,” Jane said. They were curled up on the sofa in their Belltown apartment with a view over Elliott Bay. Christmas lights illuminated the Seattle Great Wheel, and a full moon reflected a silver path across the water. “You go first.”

Jane listened while Sybil explained her daily fortune-telling gig at Pike Street market, and the private consultations she gave to clients as varied as Emerald Watson, wife of the tech entrepreneur, and Alex Porter, ace reporter. A bubble of hilarity escaped from Jane’s lips, and then she couldn’t help herself—she was weeping with laughter.

“I thought you weren’t making as much art as you used to, but I never imagined this,” Jane said when she could talk. “My secret goes much further back to a time before you knew me.” She told Sybil about her eco-terrorist youth and the horrible hold Judson Trompe had exerted over her, which kept her tied to Westminster Academy for all those years. “But I’m free of him now, and free of that terrible school. The headmaster is disgraced, and if he doesn’t end up in jail along with Debra Abel, he’ll be bankrupted by all the civil lawsuits from parents. ‘Diversity, inclusion and kindness’: what a joke he made of that.”

They sat in silence, hands intertwined, until Jane had an idea. “Let’s move to Mexico!”

The couple had finished their meal and were sipping the celebratory champagne Phil ordered.

“So, will we ever know who really kidnapped Annabelle?” Netta asked, spreading her left hand on the table to admire the sapphire surrounded by diamonds winking in the candlelight. “And what about the earthquake that toppled Doug Fir that night, and the strange lights in the sky? The giant cat that took out Vlad? The peculiar way the animals and birds behaved?”

“As for the kidnapping, a number of people had a hand in it, perhaps without knowing of each other’s existence,” Phil replied. “Call it a coincidence of evil. Hmmm, good title for a mystery novel, that. All the rest?  Well, let’s just call it a dream. Yes, it was all a dream…”